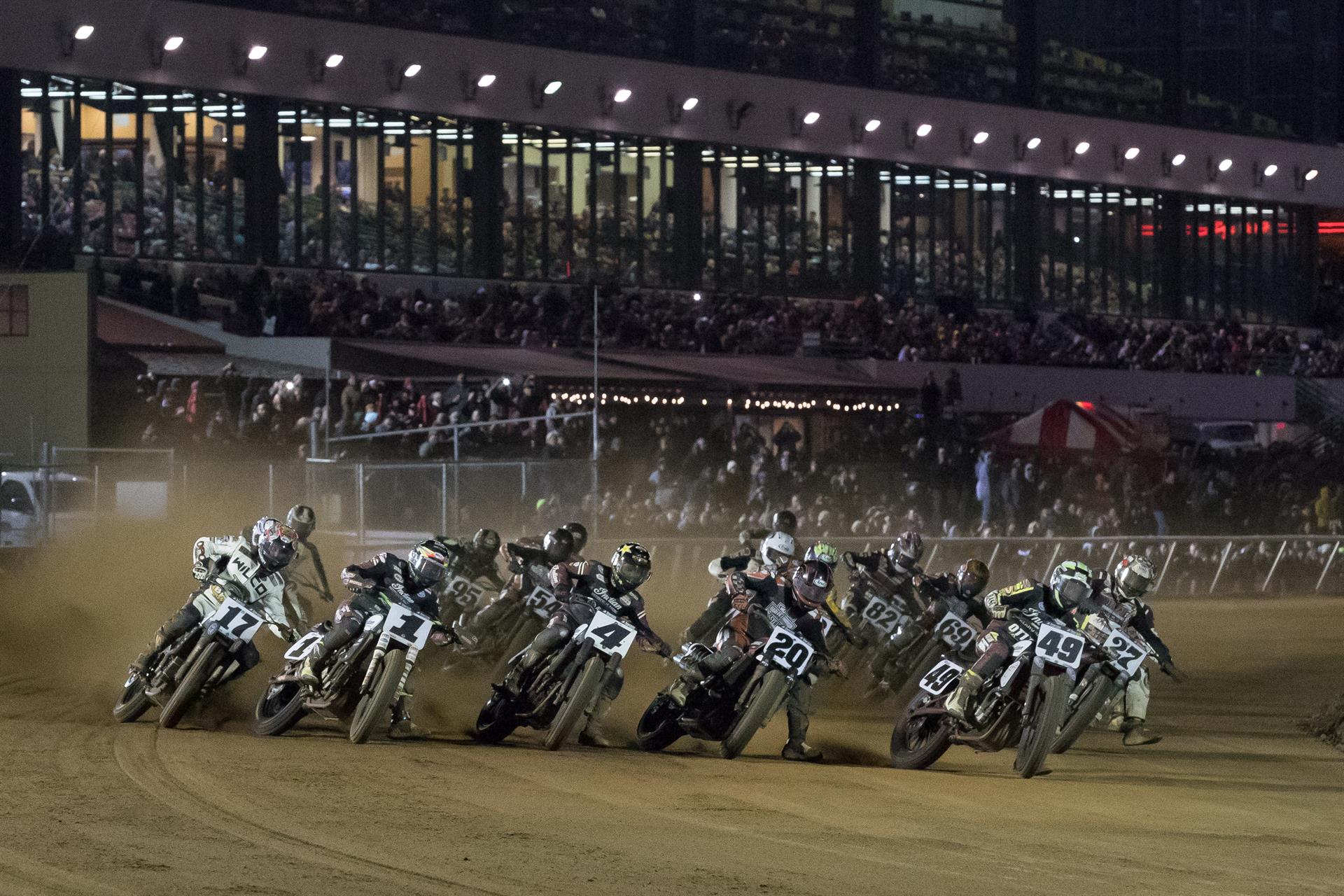 American Flat Track telecasts reached 41% more viewers in 2018 than in its inaugural year of 2017. This spike in viewership delivered a record-breaking total of more than 2 Million viewers tuning in during prime weekend programming slots.

“NBC Sports has provided the platform for American Flat Track to reach millions of new fans across the U.S.,” said Michael Lock, CEO of American Flat Track. “With strong weekend programming slots and exciting storylines both on and off the track, we are forging the path to another record-breaking year for AFT in 2019.”

“American Flat Track has become a staple of our racing line-up on NBCSN,” said Jeff Macaluso, Senior Director, Programming, NBC Sports Group, “and we are excited to continue our partnership.”

American Flat Track’s telecasts on NBCSN are expertly produced by NASCAR Productions, LLC and provide viewers with a window into the dramatic world of American Flat Track. Coverage from all 18 events will feature flag-to-flag coverage of both racing classes. Exclusive features and editorial content highlight the triumphs and tribulations of the world’s elite dirt track motorcycle racers as they battle for glory. Cutting-edge technology including aerial drone footage and onboard cameras will once again put viewers on the edge of their seats as the riders slide through the corners and draft each other down the straights at speeds of more than 130mph.

In addition to the 18 weekend premieres, NBCSN will provide a weekday re-air of each show before they will become available on NBCSports.com and the NBC Sports app. FansChoice.tv, a cornerstone of American Flat Track’s digital strategy, will continue to provide live streaming coverage of every round on the 2019 calendar.

American Flat Track will kick off its highly-anticipated 2019 season with the Bigger, Better, and Faster DAYTONA TT presented by Russ Brown Motorcycle Attorneys under the lights of the Daytona International Speedway on Thursday, March 14, 2019. Tickets start at just $35 online ($45 at the gate) and are available for purchase now at www.americanflattrack.com.

For more information on American Flat Track and the upcoming 2019 season visitwww.americanflattrack.com.

Get the latest American Flat Track clothing and merchandise at www.americanflattracker.com.