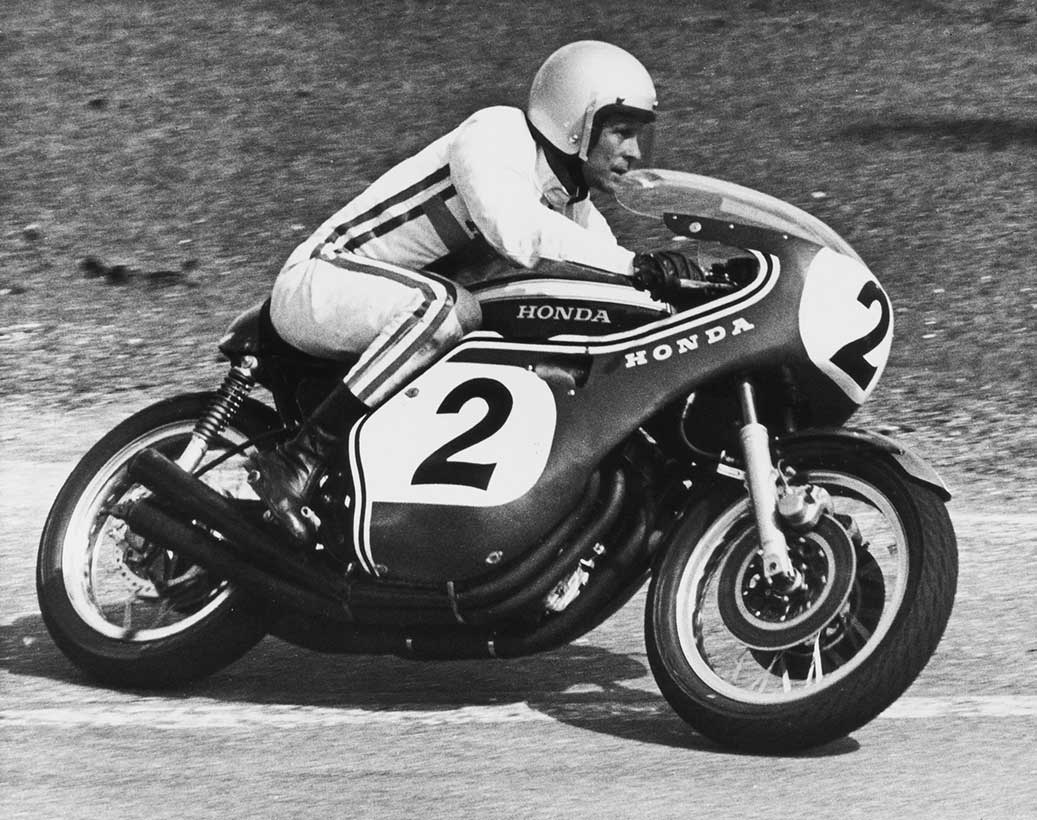 Mann, a two-time AMA Grand National Champion, was inducted into the Hall of Fame in 1998

PICKERINGTON, Ohio — Dick “Bugsy” Mann, one of the most versatile racers to ever throw a leg over a motorcycle, passed away on April 26 at the age of 86.

Mr. Mann, born June 13, 1934 in Salt Lake City, Utah, was a two-time AMA Grand National Champion (1963 and 1971), and became best known for being the first person to achieve a motorcycle racing Grand Slam, which involved winning across all five types of circuits included in the Grand National Championship: road racing, TT, short track, half-mile and mile. When he retired from racing in 1974, Mann had 24 national victories, which — at the time — placed him second in all-time wins within the AMA Grand National Series.

While Mann got his racing start in scrambles, he soon got hooked on turning left on dirt ovals, and after some time learning his trade, headed to the professional racing circuit in 1954, turning expert in 1955. He achieved his first national win at the Peoria TT in 1959, quickly establishing himself as an elite racer in the series.

Mann also helped pioneer the sport of motocross in the U.S., competing in several of the early AMA professional motocross races in the late 1960s and early 1970s.

Perhaps Mann’s most fulfilling national win was his victory in the 1970 Daytona 200 aboard the then-new Honda CB750. He’d been racing the Daytona 200 for 15 years and finished second three times, and in 1970 finally got to the top step of the podium, holding off rising stars and future Hall of Famers Gary Nixon and Gene Romero, as well as former world champion and Hall of Famer Mike Hailwood. That win wasn’t just Mann’s first victory at the 200, but the first time a Honda had won an AMA national.

Despite retiring from professional racing in 1974, Mann returned to his trail-riding roots in 1975, qualifying for the United States International Six Days Trial team, competed for the U.S. on the Isle of Man, and brought home a bronze medal.

Beyond being a legendary racer, Mann’s mentorship of the next generation of American racers and future Hall of Famers like Dave Aldana, Mert Lawwill and Kenny Roberts, was just as important.

In 1995, Mr. Mann was presented with the AMA Dud Perkins Lifetime Achievement Award, recognizing his significant contributions to the sport. He was inducted into the AMA Motorcycle Hall of Fame in 1998.

Mann continued to contribute to the legacy of motorcycle racing by influencing some of the greatest names in flat track including Gene Romero, Gary Nixon, Mert Lawwill, Kenny Roberts and Dave Aldana.

Progressive American Flat Track will observe a moment of silence in Mann’s honor during its opening ceremonies at Saturday’s event at Atlanta Motor Speedway.

A true Renaissance man, Mann was noted for his adaptability as a rider, and for the longevity of his professional motorcycle-racing career, which included charter membership in the exclusive Grand Slam Club (for riders who earned Grand National wins in road racing, short track, TT, half-mile and mile competition), two AMA Grand National Championships and a bronze medal for Team USA in the 1975 International Six Days Trial. According to Racer X Illustrated, Mann even scored a win at the first AMA-sanctioned professional motocross race. Those successes came with a variety of brands, but the Utah native’s primary tie with Honda centered on a single race—the 1970 Daytona 200.

It was Honda’s first factory effort in the legendary endurance event, with a four-rider project aboard CR750 machinery (the racing version of the now-iconic CB750 four-cylinder, which had started production just a year earlier). Conversely, Mann (then 35) had a long and relatively successful history at the race, though victory had eluded him to that point.

After launching from the front row of an all-star starting grid, Mann eventually secured the lead, then preserved the bike in the race’s latter stages to score a 10-second win over Gene Romero, with Don Castro third. In the process, Mann ran a record average race speed of 102.697 mph. It was Honda’s first AMA National Championship race win, and it established the CB750 at the top of the performance hierarchy. (Over four decades later, Motorcyclist magazine would name it the Bike of the Century.) As such, the victory was significant not only for Honda, but for its American subsidiary.

“For a Japanese company with its first, completely unproven big bike, it was hard to top that,” Bob Hansen, then American Honda’s National Service Manager, is quoted as saying in Aaron P. Frank’s book Honda Motorcycles.

“Hansen prepared the machine, and I rode it as best I could, just as I was contracted to do. That was it,” said the humble Mann in the same book.

Mann, who would back up the Daytona 200 win the following year aboard a BSA, was inducted into the Motorsports Hall of Fame of America in 1993, and he is a charter member of the AMA Motorcycle Hall of Fame.

“Everyone at American Honda sends their heartfelt condolences to Dick Mann’s family, friends and fans,” said Bill Savino, Senior Manager of Customer Engagement at American Honda. “Dick tallied a number of accomplishments over the course of his long career, but he’ll always hold a special spot in our hearts for the role he played in proving that Honda motorcycles could perform with the very best.” 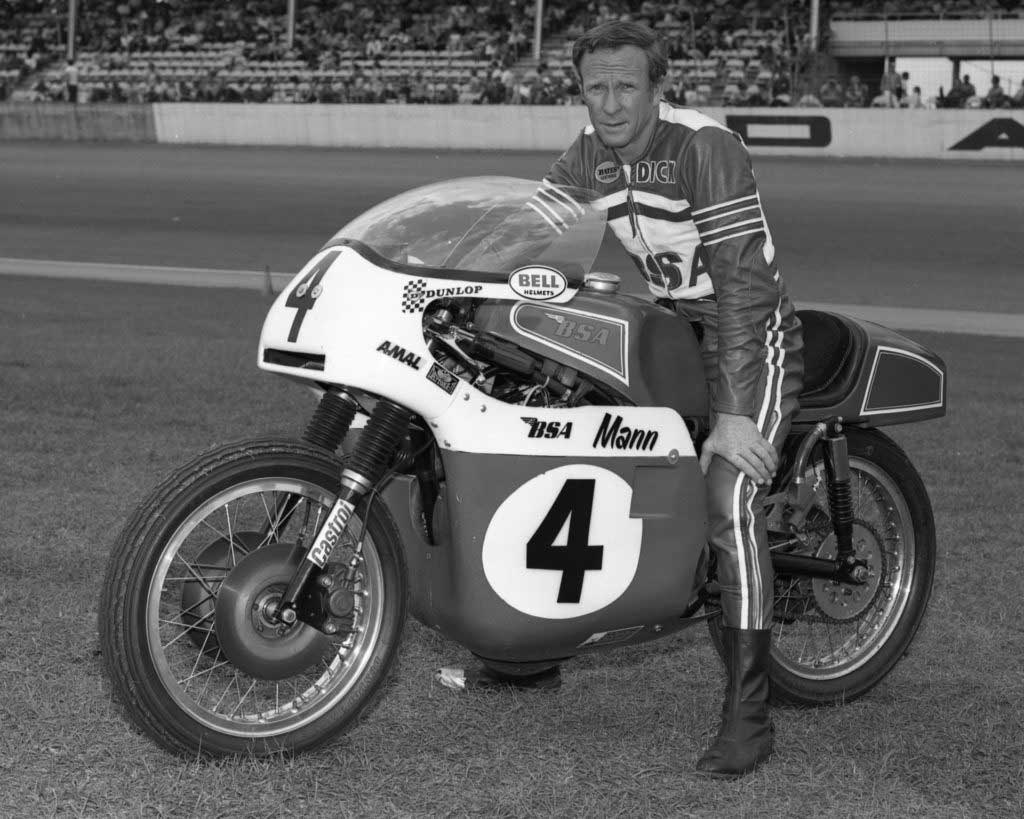 Dick Mann at Daytona in 1971 on his BSA road racer.

Mourning the first Honda US champion / MotoAmerica Superbike
by Eileen Curry from https://www.thewestonforum.com

The American motorsport world lost one of its first great champions. American Dick Mann died on Monday at the age of 86; He was an iconic character in the early Honda years.

Dick Mann was seen as a versatile racing driver who was quick to adapt to new conditions. His long career contained countless seasons in various categories of motorsport, all of which were easy to handle. Mann was a founding member of the exclusive “Grand Slam Club” in the USA, an organization that welcomed national winners in the fields of road, short track, tourist prize and drag races over the half-mile plus the full mile.

The American competed for Honda at the Daytona 200 at the Daytona International Speedway in 1970 on the four-cylinder CB750. The 35-year-old surprisingly won his first Japanese factory outing in Daytona. Day to day, it made Honda a legend in American motorbike racing, and the manufacturer had never before been represented at an AMA event. Because he defeated GP star Mike Hailwood in that race, this success had an important place in his resume.

In 1971 he repeated the victory of Daytona over the Bosnian Serb Army. In total, Mann handled 240 AMA races, of which he won 24. At the age of 40, he ended his road racing career and returned to his trial roots. Until the 1990s, Mann regularly competed in races, and in 2006 he opened an exhibition in his honor entitled “Superman” in the American MotoGP Hall of Fame. During his career as a racing driver, he built motorcycle tires and other parts for off-road motorcycles.