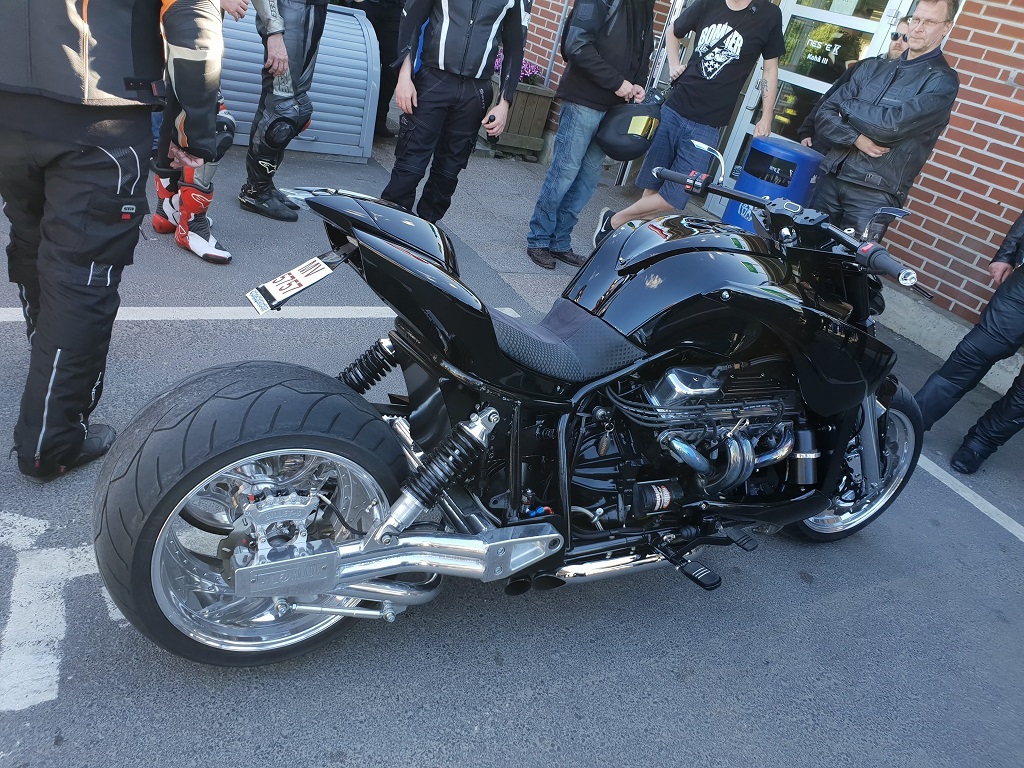 Two to four cylinders, that’s how most bikes like to roll. The advent of Boss Hoss Cycles, however, changed everything thanks to Chevy small-block V8 conversions that range from the LS3 to the 383 and 454.

These babies aren’t cheap, though. The most affordable bike in the company’s inventory is a used 383, priced at $45,500 compared to the original price of $50,500. There are, however, people who prefer to put their own touch on the V8-converted Boss Hoss, and this gets us to Janne Uskali.

Editor-in-chief at Bomber Magazine in Finland, the Finnish motorcycle enthusiast and rider is responsible for a one-off creation that he calls the Bee-One Cycles Bomb Boss. Tipping the scales at 600 kilograms including Janne, the bike was completed in 2019 after four years of elbow grease.

The Bomb Boss is centered around the ZZ4 crate engine, based on the L98 from the 1985 to 1991 Corvette. Right off the bat, the eight-cylinder mill develops 355 horsepower and 405 pound-feet of torque. The ratings quoted by Janne are 350 horsepower and 443 pound-feet, and the additional torque may have something to do with the NASCAR-style side exhausts.

Ape’s Metalshop Oy in Helsinki is the shop responsible for the triple clamps that attach the 63-millimeter inverted forks to the frame. Another highlight comes in the guise of the Vee Rubber 360/30 by 18-inch rear tire, a massive piece of rubber compared to the 300/35 by 18-inch rears of the Boss Hoss Standard and Super Sport bikes. So why did Janne need such a huge tire?

Well, he likes riding like a man on a mission, lighting up the rear and power sliding the motorcycle in the twisties. Given the torque of the ZZ4 crate engine and the rider’s style, it comes at no surprise why the rear tire measures 360 millimeters in width and features an aspect ratio of 30.

Currently a one-off build, the Bomb Boss may be put into production according to Ultimate Motorcycling. “We are thinking that if there are people like me who like to ride and get this kind of overdose motorcycle, we could do it for them as customers,” Janne told the cited publication. 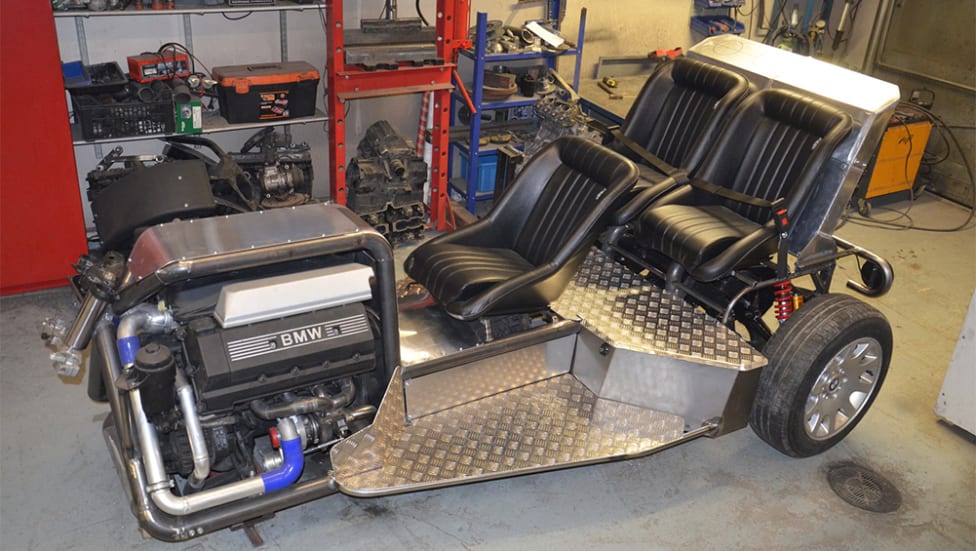 Compiled by Wayfarer, send him your adventures, experience, reviews and feedback at wayfarer@bikernet.com — Let us know if you are a Dealer or Custom Builder and we will give you a global platform to share your work and accomplishments.

CLICK HERE TO READ the Trikes News and Report