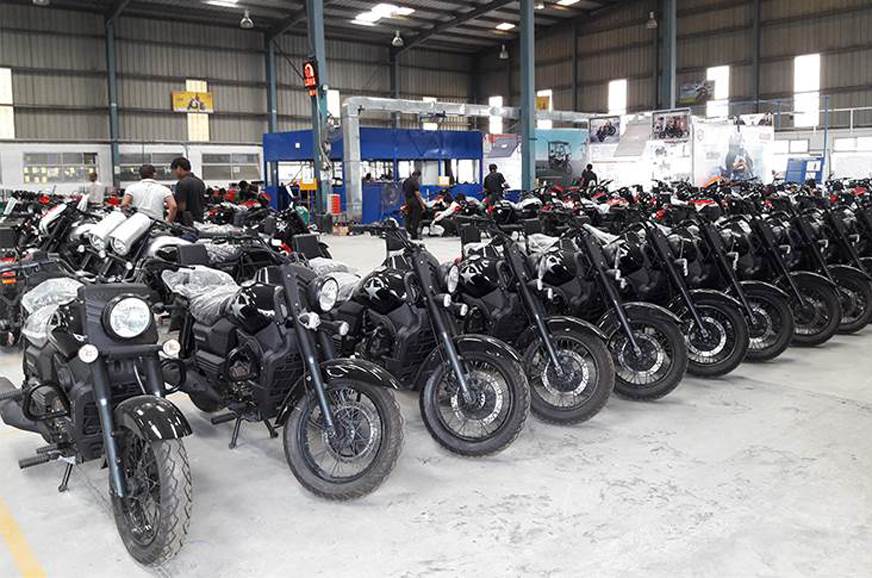 The American bike maker has halted production at its Kashipur plant in Uttarakhand and the joint venture with Lohia Auto looks to be strained.

Following reports of several UM motorcycle showrooms shutting down in India, it is learnt that American bike maker United Motors has stopped its operations in India and that the joint venture with Lohia Auto looks to be strained. With this, it joins the list of automakers to exit India which includes General Motors and MAN Truck & Bus AG.

The last UM product launched was the Renegade Commando Classic, priced at Rs 1.89 lakh in September 2017. The long-drawn slowdown in the two-wheeler industry seems to have hit the company hard and production at its Kashipur plant in Uttarakhand seems to have stopped.

Understandably, UM motorcycle dealers of are getting furtive, given that there are no new product launches expected any time soon. Also, it appears that UM is facing a financial crisis globally and reports say that the company has shut its operations in China.

In an interaction with our sister publication, Autocar Professional, Ayush Lohia, CEO, Lohia Auto Industries, explained, “Our JV with UM Motorcycles was of a 50:50 nature. UM Motorcycles is currently not able to invest any money in India and thus the Kashipur plant in Uttarakhand is not manufacturing any of the UM motorcycles.”

UM motorcycles were built with 40 percent localised parts and 60 percent imported bits. While most of the local suppliers are based in North India, the imported parts were being sourced from Indonesia, Thailand and a few other countries. Ayush Lohia confirmed that all the supplies for the last UM motorcycles produced have been paid for and no new parts are to arrive at the plant. However, Lohia says not all hope is lost in the JV and he does not plan to dissolve it any time soon.

Not too long ago, till April 2019, United Motors was retailing around 200 motorcycles a month in India. At present, most of its dealers have pulled down shutters while a few are open just for the servicing process. Acknowledging the Indian dealers’ plight, Lohia said, “We are awaiting clarity from our partner as regards addressing our dealers’ condition. For the time being though, since UM is showing no intention of going ahead with its India operations, I am not able to give a confirmed status of the current scenario of the brand in India.”

It may be noted that after April 2019, reports began coming in of UM discontinuing its operations temporarily in India as none of its products had ABS. Around the same time, official reports from the company stated that new launches could be expected during the festive season.

United Motors’ product portfolio in India includes the Renegade Commando, Renegade Sport S, Renegade Mojave and Renegade Classic – all American-styled cruiser motorcycles powered by the same 300cc liquid-cooled engines. It was speculated that UM was supposed to come out with a 150cc scooter this year, called the ‘Chill 150 ABS’. In the current scenario, that project seems to be in the pigeonhole. 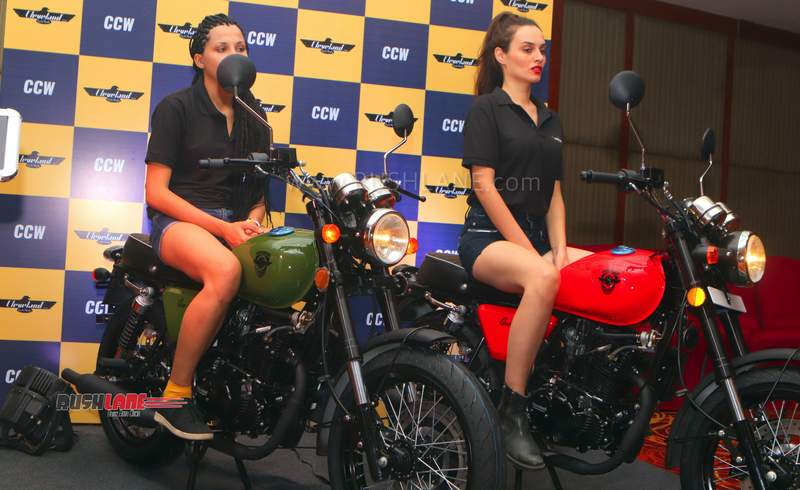 Cleveland is the 2nd American motorcycle brand, after UM, to leave India in recent time.

Amidst persistent downturn in auto sector and a slowing economy, Cleveland Cyclewerks has discontinued India operations. While an official confirmation is yet to be provided, a report from Express Drives said that the company’s assembly plant in Pune has not been operational for last eight months.

Several factors seem to be responsible for Cleveland Cyclewerks’ exit from Indian market. Primary among them include the relatively high cost of its motorcycles and the company’s inability to comply with new safety norms such as mandatory ABS. The company was also not able to deal with negative perceptions related to its use of Chinese parts.

Unlike other brands in this segment such as Royal Enfield, which have a rich history dating back to several decades, Cleveland Cyclewerks was a relatively unknown brand in the Indian market. The company was launched in 2009 in United States and its business model is quite simple. Most of its motorcycles use chassis from other motorcycle makers and low cost components from Taiwan and China. The choice of engine is usually Honda.

Cleveland Cyclewerks had made its debut in India at 2018 Auto Expo and had subsequently launched two motorcycles, Ace and Misfit. While Ace was positioned as a retro-modern scrambler, Misfit derived inspiration from a cafe racer. Both these bikes were imported in India as CKDs and assembled at the company’s facility in Pune.

Both bikes utilized a 229 cc, air-cooled engine that generated max power of 15.4 hp and max torque of 16 Nm. This was less than even lower capacity motorcycles. Ace and Misfit were launched at a starting price of 2.23 lakh. This is more expensive than Royal Enfield Classic 350, their main rival.

These factors worked against the company and sales of Ace and Misfit never really took off. The company had opened its first dealership in Mumbai and had plans to open 100 more dealerships by 2019. However, with meagre sales, the plans failed to materialize. The report says that employees of the company were asked to resign at short notice.

If you own an Ace or Misfit, it would be difficult to say how you will get your bike serviced. You will probably have to rely on the expertise of your local mechanic or branded garage shops.