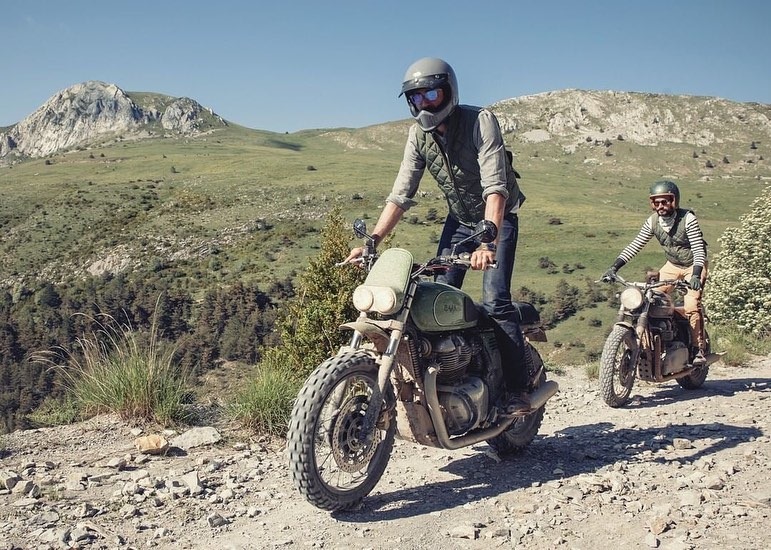 Johnny Lewis aims to continue development at the Dallas Half-Mile

Lewis’ Moto Anatomy team has spent the last two weeks continuing testing the Royal Enfield Twins FT as they look to make adjustments to further develop the platform. After Williams Grove the team gathered valuable insights into the Twins FT and will continue building upon the foundation this weekend. Working closely with Royal Enfield and Harris Performance, the team has been exchanging data and feedback over the past two weeks.

“Heading into our second race weekend at the Dallas Half-Mile at Devil’s Bowl Speedway is exciting because we had a weekend off to make changes to the chassis and improvements to the engine,” said Johnny Lewis, Moto Anatomy x Royal Enfield racer. “This is a development season, results on paper are great but progress from race to race is more rewarding and frankly important. We know it’s going to take time, but when you can leave the track with a plan for the next race to improve the motorcycle, that’s a huge step for a team developing a competitive race program.”

The Twins FT and Lewis will run the remainder of the AFT season in the Production Twins class. Lewis and team will further develop the motorcycle as they look forward to the 2021 season. While the team wants to perform well, the ultimate goal of the 2020 season is to continue gathering critical data and insights into the Twins FT platform – and have some fun doing it. The initial results show promise, but the team is focused on development.

“The AFT program has generated a positive response across the entire Royal Enfield organization,” said Breeann Poland, Marketing Lead for Royal Enfield Americas. “All eyes were on the team’s performance at Williams Grove and the positive results reinforce that we belong on the AFT stage along with the other major manufacturers. The team is excited to write this chapter as part of Royal Enfield’s storied legacy and we can’t wait to get back on the track in Dallas.’”

The Moto Anatomy x Royal Enfield team will finish the remainder of the AFT season as they compete at the Dallas Half-Mile, Atlanta Short Track, Charlotte Half-Mile and AFT Finale at Daytona Beach. To stay up to date on the latest results and insights from the track, follow @MotoAnatomyxRoyalEnfield on Instagram. The team will also be releasing short films documenting each round, which can be seen on Royal Enfield North America’s YouTube channel. 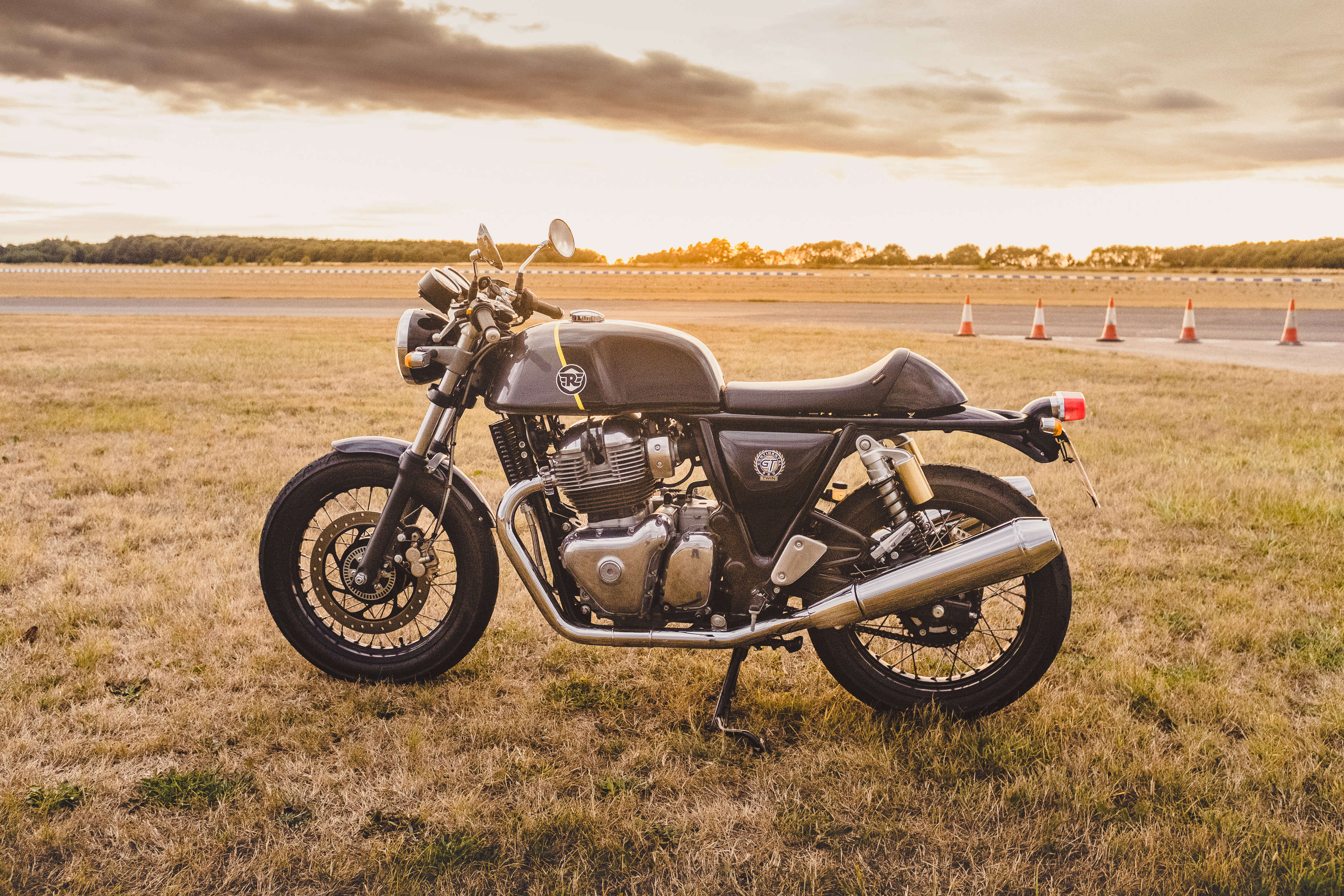 On Saturday, June 15th, 2019 from 10 AM – 5 PM MDT, we’re bringing the Twins to the land of the Rockies. With mountain views and motorcycles at the META Magazine headquarters, what more could you ask for? We’re thrilled to be pairing up with one of our all-time favorite motorcycle publications for our fifth stop on the eight-city tour. Join us for Demo rides, DJ’s, food trucks and so much more. Scroll down to RSVP to the event, and sign up for newsletter updates on additions to this upcoming celebration. Click here to check out more on the Twins themselves.

These Events are Free, But There’s Only Room for So Many! 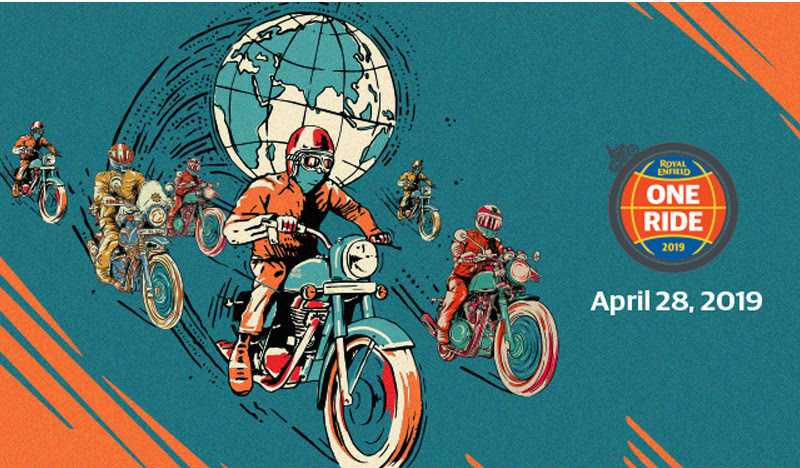 This spring, you’ll have a chance to ride the Twins during an eight-city launch tour throughout the U.S., Canada and Mexico. We are excited to announce four stops and dates on the launch tour. Stay tuned for more details on what to expect, how to participate and additional locations:

2019 Himalayan model
Royal Enfield has debuted the 2019 Himalayan — now standard with ABS and a new, limited-edition color option, Sleet. The favorite adventure-touring model was introduced in North America last March and has taken the riding community by storm. With an MSRP of $4,749 in the U.S. and $5,925 in Canada, the new models will be available in dealer showrooms in the U.S. and Canada this April.

Grand Opening
Be sure to swing by and check out Royal Enfield at Spirit Motorcycles on April 13. Those in the Bay Area can come out, take a spin on a Royal Enfield and enjoy BBQ, music, giveaways and more. For more information, please visit www.SpiritMotorcycles.com.

One Ride Event
Spring is right around the corner, and so is One Ride. The annual global event brings Royal Enfield riders together to return to the joy of pure motorcycling on Sunday, April 28.

Last Call $500 Retail Promotion
It’s your last chance to take advantage of Royal Enfield North America’s spring offer. Extended until April 30, riders who purchase a new Classic 500 model will receive $500 worth of gear, including a branded motorcycle cover, jacket and a pair of saddlebags. The Royal Enfield Classic 500 has been a best-seller across the globe for more than a decade. The Classic 500 offers timeless styling and modern technology and now comes with a passenger seat, ABS and rear disc brakes as standard equipment.