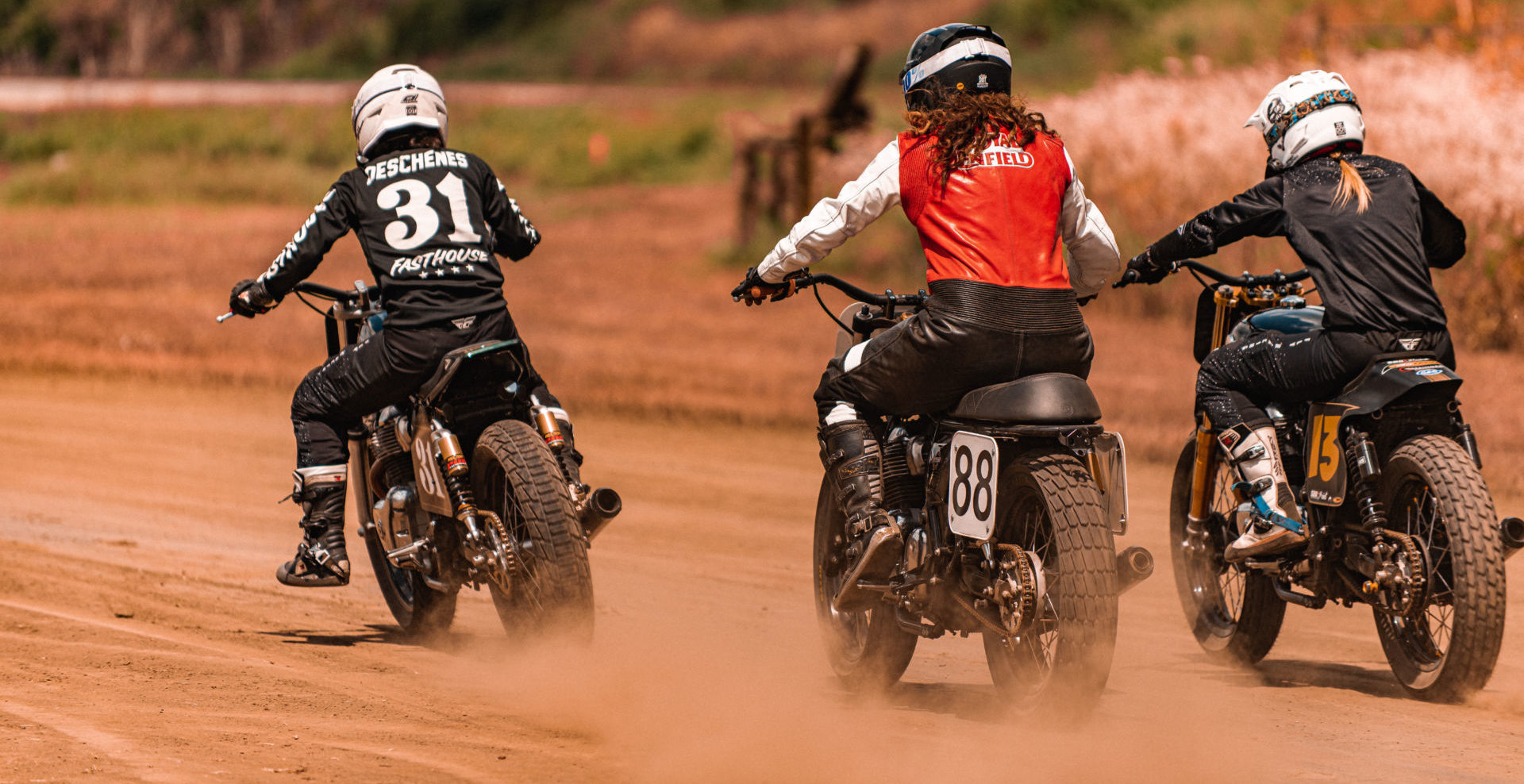 During the weekend the participants were able to spectate the AFT classes and then test their abilities on the same track at Dixie Speedway. The women raced on custom INT 650 motorcycles that they themselves built as part of the year-long program. Under the mentorship of Moto Anatomy x Royal Enfield team owner and racer, Johnny Lewis, the four women were able to progress their flat track acumen during multiple training sessions leading up to the Atlanta Short Track event.

“Atlanta was an amazing experience to be part of with the BTR crew,” said amateur racer and hospice nurse Jillian Deschenes. “The track was well maintained and larger than anything I had ever ridden before. I was excited to debut my INT 650 build in front of a crowd that large. I’m grateful for the opportunities Royal Enfield has given me as an amateur female flat track rider and creating a program like BTR for myself and other female motorcyclists to participate in. I’m looking forward to the next AFT event in Daytona Beach.”

“The team at Royal Enfield is proud of the effort these women have put into the BUILD TRAIN RACE program,” said Breeann Poland, Marketing Lead for Royal Enfield Americas. “2020 threw many challenges at all of us and we’re pleased that the women were able to finally showcase the motorcycles they built in a racing environment. From everyone at Royal Enfield, we want to say thank you to American Flat Track for providing a venue and platform to highlight the power of female motorcyclists in a male-dominated industry.”

The participants of the BUILD TRAIN RACE program will compete again in two weeks during the AFT Finale at Daytona Beach in a similar format to Atlanta Short Track. Two new riders will be joining the BUILD TRAIN RACE team in Florida. Malary Lee of Texas will be riding Lana MacNaughton’s INT 650, while Trisha Dahl of Minnesota will be riding Andrea Lothrop’s motorcycle this round. Ahead of the event, the ladies will participate in a final training session with Lewis at his Center Hill, Fla. facility. Due to the immense interest in the program, Royal Enfield may consider adding four new riders to the program for 2021.

Stay tuned to the Royal Enfield social media channels for more information and updates on the BULD TRAIN RACE program in the lead up the AFT season finale in Daytona. 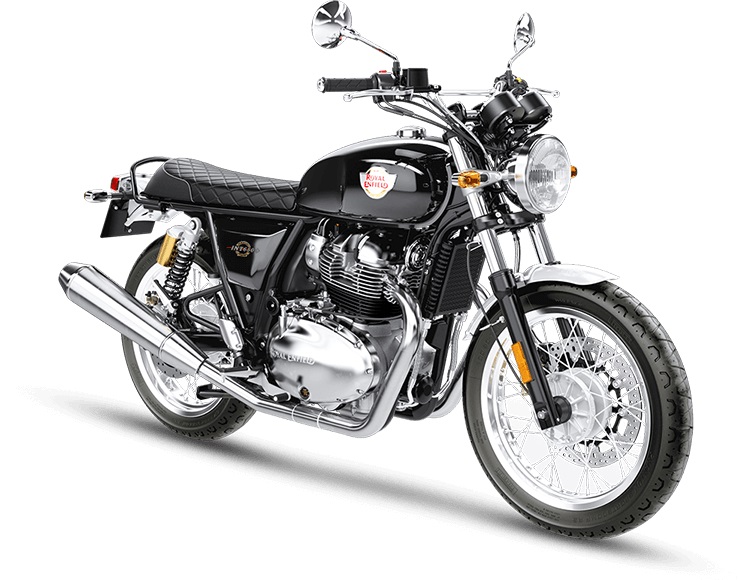 After a long hiatus, the female participants of Royal Enfield’s BUILD TRAIN RACE (BTR) program spent two days working closely with American Flat Track racer Johnny Lewis in Viola, WI earlier this month. Three out of the four builders/riders attended the training session to prepare for their American Flat Track debut in October. During this session each rider received one-on-one coaching from Lewis spinning laps on the FT411 training motorcycles based on the Royal Enfield Himalayan and their custom-built INT 650 flat trackers.

Jillian Deschenes, Lana MacNaughton and Melissa Paris were in attendance during the training session, which took place at S&S Cycle’s Speed Ranch track. The Speed Ranch is groomed and maintained oval dirt track which S&S Cycle uses for training, special events and product development purposes. Due to current travel restrictions between the U.S. and Canada, the fourth participant, Andrea Lothrop was unable to attend. However, Andrea will be performing a virtual training session with Lewis in the coming weeks.

“It was great to finally meet the ladies of the BUILD TRAIN RACE program and we had an awesome time in Viola,” said Lewis. “Seeing the dedication and attention to detail that they put into their INT 650 builds was impressive. What was more impressive was their willingness to learn and eagerness to go fast right from the get go. By the end of day two each rider was using the techniques we discussed and pushing themselves faster and faster, which is ultimately my goal as a teacher.”

Lewis provided both on-track and off-track instruction to the ladies, using many principles and concepts taught in the Royal Enfield Slide School by Moto Anatomy program. Lewis focused on body position, riding mechanics and vision with ladies for two days. With the FT411 motorcycles, the women were able to familiarize themselves with the track conditions and received vital feedback from Lewis on their riding technique. Eventually, they transitioned to the larger and more powerful INT 650 builds on day two. Lewis was also able to shakedown each individual’s motorcycle and provided input regarding setup adjustments to improve ride-ability and performance.

“It was great to spend time with the BTR ladies at the track and see their progression,” said Breeann Poland, marketing lead of the Americas. “Having a partner like Johnny to provide coaching and insight has been a great addition to the program. Seeing him work with each rider and develop their confidence and skills over the two day session is exciting. I’m looking forward to the next time we’re all on track together again.”

Using SENA communication devices on day two, also a component of Royal Enfield’s Slide School program, Lewis provided coaching to the riders while at speed, giving precise direction on braking, cornering and more as they completed laps. After the conclusion of the two day training, all three ladies were comfortable riding aggressively at speed on their INT 650s, setting the stage for close racing when they line up for the first time in October.

The first exhibition for the BUILD TRAIN RACE ladies will be on track is on October 2-3 at Dixie Speedway as part of the American Flat Track program. Following that event, they will then race at Daytona Beach Flat Track on October 15-16.

To learn more about the riders and the BTR program, visit https://www.royalenfieldna.com/build-train-race/. 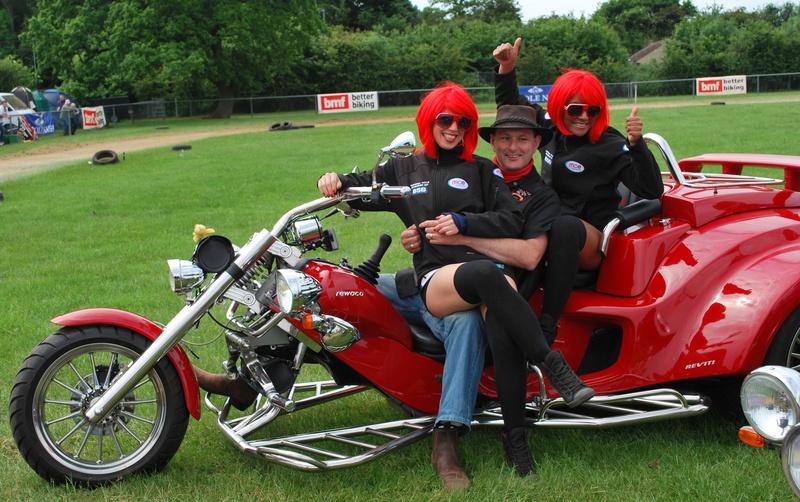 I have seen the future of Trikes in America and it is called REWACO. Incredible trikes and a pro-range of models with the bonus benefits of customization, comfort, ready-to-tour, financing and eye-candy.

The optional Power-Shifter on the handlebar – operated on demand in ″SP-Sport-Mode″ – can turn this sweet regal lamb into a speedy mile-hungry wolf. 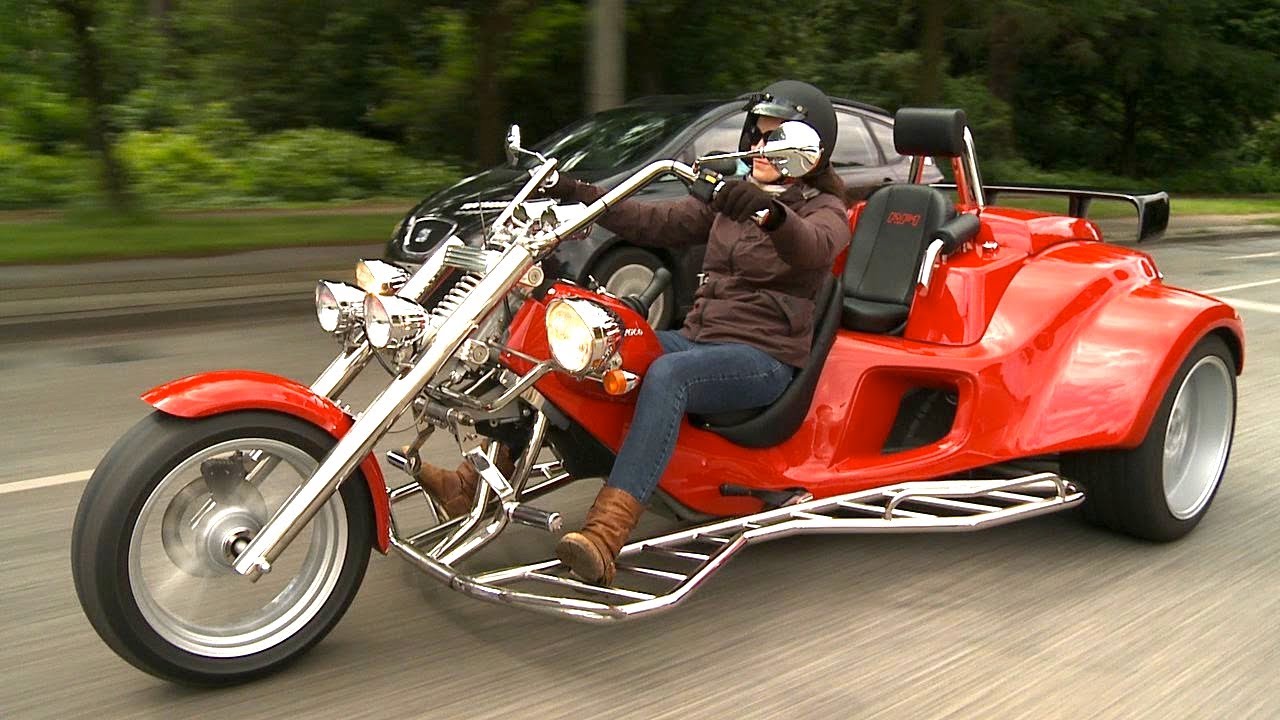