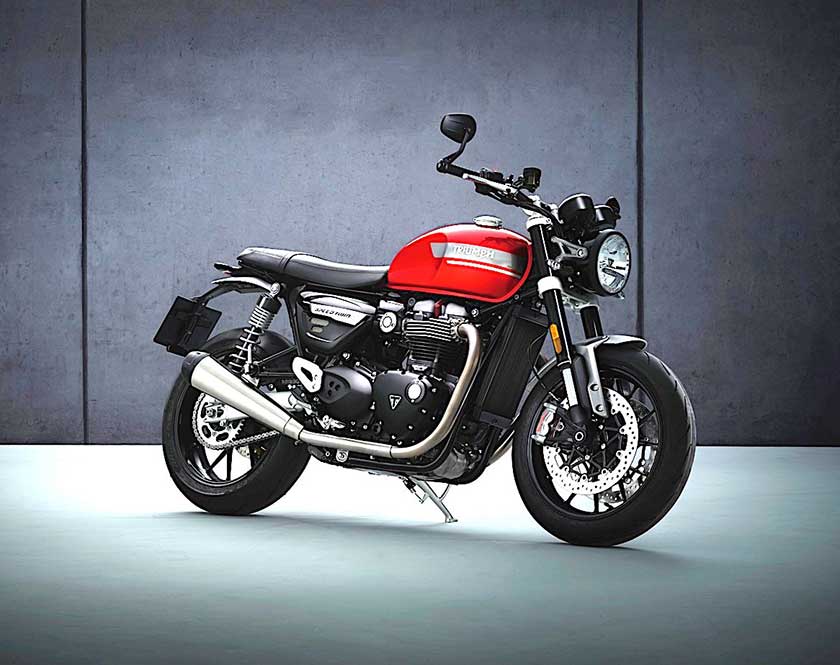 It’s Speed Twin time for Triumph motorcycle lovers, as they’ve finally got the news they have been waiting for: five months into 2021, the range is getting upgraded for the new model year, and we’re talking about some serious changes, at least from place to place.

The “Modern Classic performance roadster,” as Triumph likes to call the range, was launched in 2018, and the three years that have passed since then call for an overhaul of the motorcycle. And that’s exactly what the British bike maker just announced.

First up, power levels. Although the engine remains the same (the 1200cc High Power Bonneville twin), it has been massaged into delivering more power and torque, faster and better than before.

As far as hardware improvements go, the Speed Twin gets several higher specification parts. They include new Marzocchi USD forks with cartridge damping, Brembo M50 radial monobloc calipers, Metzeler Racetec RR tires, and new 17-inch aluminum wheels in a 12-spoke design. All of these modifications should allow for improved handling of the two-wheeler, the bike maker says.

Visually, the Speed Twin brings brushed aluminum front and rear mudguards, anodized headlamp mounts, and three color schemes. Over 50 accessories designed for the motorcycle are also thrown into the mix for the revised version.

The new interpretation of the bike is already listed on the bike maker’s website, showing a retail price of $12,500.

You can have a detailed look at what’s new for the Speed Twin.