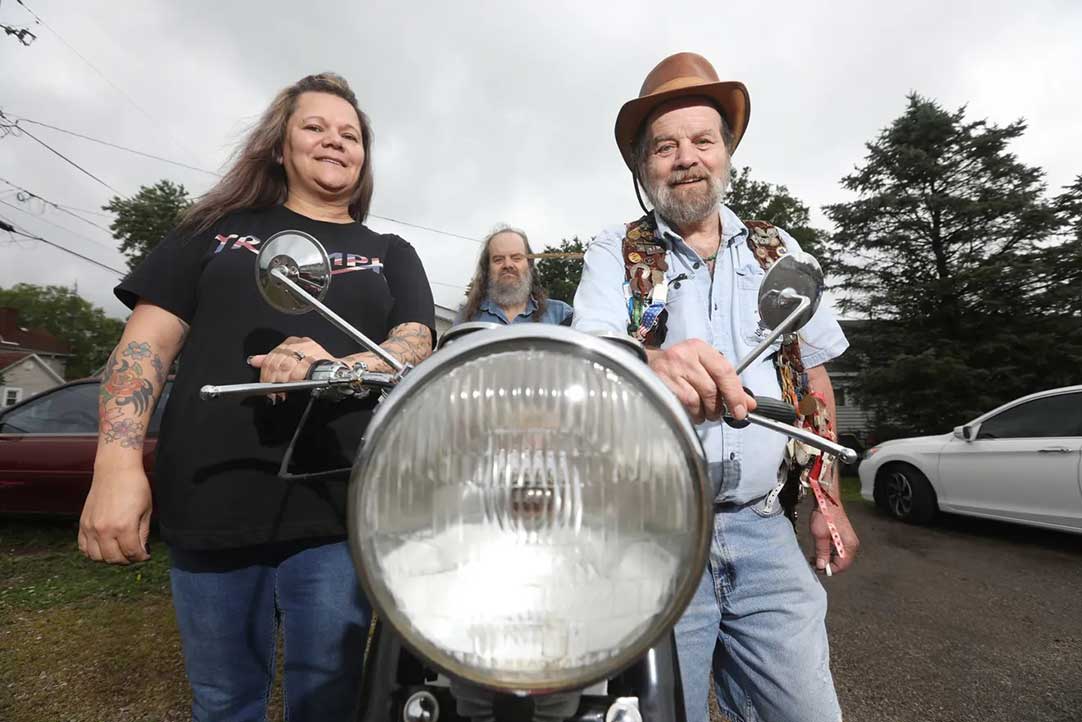 by Chris Crook from https://www.zanesvilletimesrecorder.com

NEW LEXINGTON – An old motorcycle has woven friends into family in memory of Slow Joe Ellis, a Perry County motorcycle enthusiast who lost his battle with cancer in 1986.

Ellis, a Shawnee native, was one of the driving forces behind a British Motorcycle show that that now bears his name, the Friends of Slow Joe British Motorcycle Show. This year’s event, the 39th annual, will be held at the Perry County Gun Club on Friday and Saturday.

The show opens on Friday, with a tribute to motorcyclists who have passed away and a surprise, said John Fiore, a long-time friend of Joe’s. “Around 5 p.m. we have our opening ceremony, a prayer and a moment of silence for the veterans.” He is calling the ceremony “those that ride, and those that died,” and keeping the details under wraps until the event.

Saturday will feature a poker run starting at noon and a bike show, which welcomes non-British bikes as well starting at 4:00 pm.

The show is free, and all are welcome, including “well-behaved children,” said Fiore. “We turned it onto a free show because there are so many people that were not showing up because they couldn’t afford it.”

Calling it a gathering of a good group of like-minded people, Fiore said the camaraderie of the local motorcycle scene brings out people who, even if they can’t ride any more, still want to come out and talk motorcycles. Fiore credits the show’s good vibes for keeping it going for 39 years, creating a bond between Ellis’ friends and those who never met him.

Slow Joe gained his nickname because he slowed down a bit during his 9 1/2 year battle with cancer, but he could still outride anyone, Fiore said.

A family man and avid dancer, Ellis and Fiore met by chance in 1977, and quickly developed a bond over a shared love of Triumph motorcycles. “We did a lot of riding together, a lot,” Fiore said.

The motorcycle, a fully restored 1972 Triumph 500 T100, that Joe used to ride on the highways and byways of Perry County has changed hands numerous times, connecting friends and family to Ellis, who died just after the third British Motorcycle Show. It now resides with Ellis’ niece, Lisa Fox and her husband Alan. “It is a blessing to have it,” she said, “a connection to Joe.”

Just before Ellis took his final ride, he asked Fiore to keep the show going. “We didn’t know this thing was going to take off,” Fiore said, but the show has attracted visitors from all over the world.

“Our eyes painted a different picture,” Fiore said of the style of the Friends of Slow Joe British Motorcycle Show. “We had that vision and we stuck with it.”