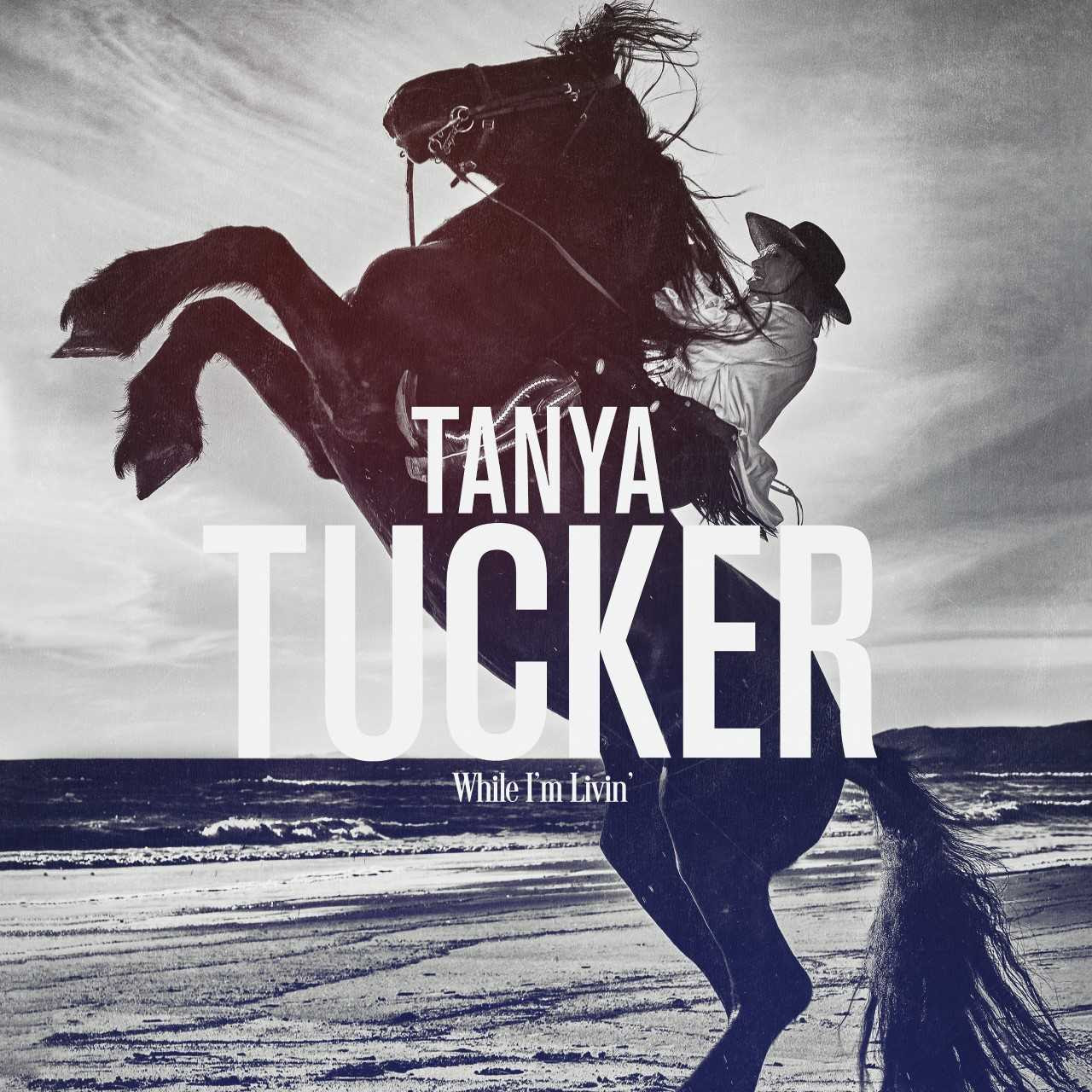 LOS ANGELES, Calif. – Country legend and original female outlaw Tanya Tucker returns after 17 years. Tucker’s new album, While I’m Livin’, is set for release on August 23 via Fantasy Records. Produced by Brandi Carlile and Shooter Jennings, the album marks Tucker’s first for the label and her first new material since 2002’s Tanya. Watch/share the video for the album’s debut song “The Wheels of Laredo,” directed by Myriam Santos here and pre-order While I’m Livin’ here. Additionally, Tucker and Carlile will take the stage for a performance at tonight’s CMT Awards.

“Brandi is truly out of this world. She’s talented, smart, funny, never ever slows down and has a heart of gold,” says Tucker of the collaboration. “I just love her. She was like my shadow when we were in the studio. Every time I turned around, she was there. And Shooter, I’ve known him since he was a baby. He’s the one who brought us all together. So I’m ready to get this music out there because it’s different than anything I’ve ever done.”

While I’m Livin’ is largely comprised of songs written by Carlile, the twins Tim and Phil Hanseroth and Tucker. “It’s a musical biography of sorts,” said Carlile, “about Tanya’s real life and the places she’s seen, and it’s narrated by the greatest country and western singer this side of Johnny Cash.”

“The Day My Heart Goes Still” is a reflection of Tucker’s enduring love for her late father, while “Mustang Ridge” recalls her hardscrabble childhood in central Texas. While I’m Livin’ also contains some well-chosen covers including “High Ridin’ Heroes,” a 1987 song Shooter selected that featured David Lynn Jones and his dad, Waylon Jennings, “The House That Built Me,” a track made famous by Miranda Lambert and “Hard Luck” the 1979 chestnut by country-rockers, Josefus.

In many ways, the album’s cornerstone is “Bring My Flowers Now,” the only tune that was co-written by Tucker, Carlile and the twins. The album closer, told through Carlile’s solo piano and Tucker’s plaintive vocal, speaks to the importance of showing appreciation to those we love, before it’s too late. Carlile explains, “We have so few opportunities to thank the legends that have influenced the generations of Country music singers and writers. With Tanya we have quite an opportunity because she’s young. I’m drawn to Tanya Tucker because she’s been to hell and to heaven, not to mention every square inch of Texas. She’s lived, she’s living, she’s got something to say and I’m listening.”

Born in Seminole, Texas, Tucker had her first country hit, the classic “Delta Dawn,” at the age of 13 in 1972. Since that auspicious beginning Tucker has become one of the most admired and influential artists in country music history, amassing 23 Top 40 albums and a stellar string of 56 Top 40 singles, ten of which reached the #1 spot on the Billboard country charts. Tucker’s indelible songs include some of country music’s biggest hits such as the aforementioned “Delta Dawn,” “Soon,” “Two Sparrows in a Hurricane,” “It’s a Little Too Late,” “Trouble,” “Texas (When I Die),” “If It Don’t Come Easy” and “Strong Enough To Bend,” among others. Tucker is also the recipient of numerous awards, including two CMAs, two ACMs, three CMT awards and ten GRAMMY nominations.

2. The Wheels Of Laredo
(written by Brandi Carlile, Tim Hanseroth and Phil Hanseroth)

3. I Don’t Owe You Anything
(written by Brandi Carlile, Tim Hanseroth and Phil Hanseroth)

6. The House That Built Me
(written by Tom Douglas and Allen Shamblin)