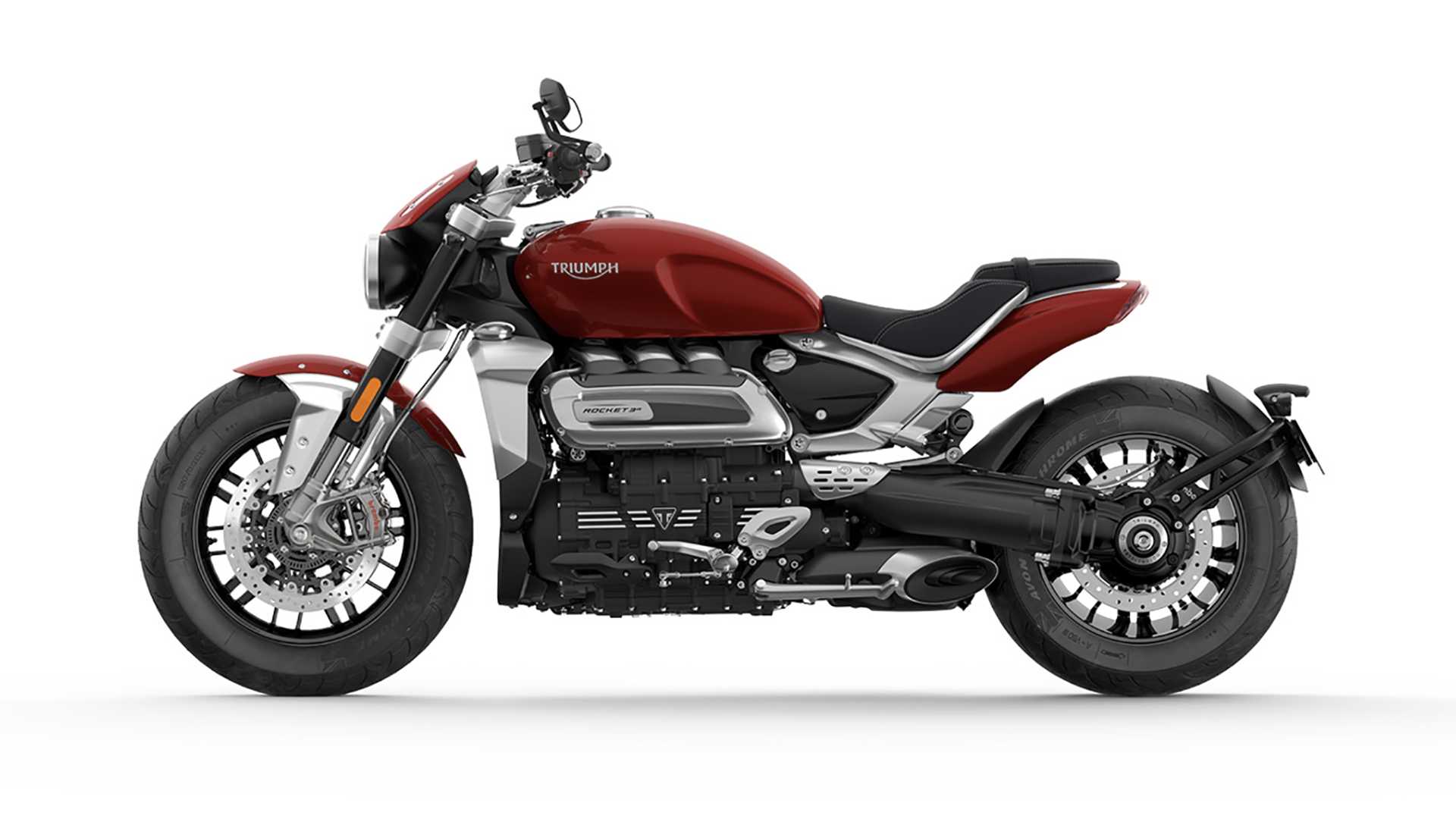 For 2019, Triumph upped the ante on the Rocket 3 with the introduction of an entirely new generation. The upgrades included a new look and also a bigger engine which is no small feat considering the Rocket 3 already rocked the biggest production motorcycle engine on the market. Just like that, a new benchmark was set in the power cruiser segment.

While the definition of power cruisers is rather broad, there’s only handful of 1,500cc-plusmodels the Rocket 3 can measure up to. Considering the Triumph sits at the top of the category with a higher price tag, we thought we’d take a look at how it compares to one of its more affordable competitors, its Japanese counterpart, theYamaha VMax. Let’s have a look at how the two models compare on paper.

Of course, we can’t talk power cruisers without discussing their performance. The Rocket 3 boasts the biggest production motorcycle engine of the industry which gives it an undeniable appeal versus the Yamaha. That being said, though its engine is almost half the size of the Rocket (displacement wise), the VMax can pull its own weight and give the Triumph a run for its money.

While the Rocket 3 produces more torque than the Vmax (163 versus 143), there’s a possibility that the Japanese power cruiser outperforms its British counterpart on the pony front.  While Yamaha doesn’t disclose any horsepower figures, several sources suggest it produces “over 170 horsepower”, possibly even 200, according to some. That’s easily between 5 to as much as 35 hp more than the Rocket. Because the numbers aren’t from Yamaha, however, we can’t take them into consideration.

What Yamaha does confirm, however, is that the VMax has a higher compression ratio than the Rocket 3 which means you get more bang (literally) for your buck.

As for weight, the two companies both showcase different information. Triumph sticks to the dry weight (without the fluids) while Yamaha gives a more reallistic, ready-to-operate weight. Fueled up and ready to go, the Rocket 3 likely weighs about the same as the VMax, give or take a couple of pounds. Based on manufacturer-provided date, this means that the Rocket 3 offers the best power-to-weight ratio (unless Yamaha eventually confirms a horsepower figure.)

Though they like to flex their massive engines and show off their muscles, the Rocket 3 and the VMax are cruisers above all. How well do they perform on that front? Pretty darn well if I may say so.

Neither Triumph and Yamaha have lost sight of their models’ role in their respective lineups and in the segment they compete in. As good as high-performance ratings look, riders are also interested in the ride itself—or shall we say the “cruise”? For that reason, both companies offer a wide range of elective accessories owners can outfit their cruisers with. The selection in both ranges includes saddle bags, luggage racks, heated grips, taller windscreens, etc. Triumph also offers the Rocket 3 GT which comes fully loaded with a number of additional accessories for a $700 premium over the Rocket 3 R’s starting price.

Whether you prefer British or Japanese muscle, both offer equally good customization options to help make them more cruising and travel friendly. While creature comfort and equipment weigh heavy in the balance when buying a bike you’d like to travel on, the range is also another factor to consider. This is where the Rocket 3 gets to shine.

The Triumph is armed with a 4.8-gallon fuel tank and despite the size of its engine, it’s rated at a reasonable 32.43 miles per gallon (mpg). This means that you should be able to get roughly 155 miles out of a single tank. The Yamaha has a smaller, 4-gallon tank. With a fuel economy rating of 27 mpg, this means you should get 108 miles out of a full tank of gas.

There’s a healthy $4,000 different between the Yamaha and the Triumph. Interestingly, the despite the price gap, both models have a lot to offer in terms of standard equipment. However, the Rocket 3 does have a leg (or a wheel?) up on its competitor thanks to such standard features as Bluetooth connectivity, navigation, Showa suspension hardware, a beefier engine (of course), and cruise control. Plus, let’s not forget that the Triumph badge tends to come with a small premium anyway.

While the VMax has quite the striking the design, this generation of the model has been around for over a decade compared and the platform is quite old by the industry’s standards. That being said, though it offers fewer standard features than the Rocket, the VMax manages to stay competitive and relevant thanks to its price also dating from 2009. Launch MSRP was $17,990 11 years ago which at the time was considered premium. A $9 increase in the span of a decade is more than reasonable.

The new-generation Triumph Rocket 3 is a beast worthy of its legacy with a bigger, meaner engine and some serious cruising chops. It doesn’t hold a candle to its American competitors. At $21,900, Triumph makes sure that customers get a good deal for their money by loading the bike up with features. Look-wise, from a subjective point of view, it’s also the better-looking bike with a flowing silhouette, dual headlight, and an overall assembly that looks more “finished”.

That being said, while the platform is a bit long in the tooth despite a few recent updates, the Yamaha VMax is just quirky enough to deserve to be on any cruiser lover’s shopping list. Between its massive air ducts and eclectic silhouette, the model stands out, for better or for worst. Plus, the 2.5L inline-three might be the biggest, most powerful engine of the two but the V4 has the most distinct sound.

The Rocket 3 is the power cruiser poster child and the VMax is the weird but endearing cousin.