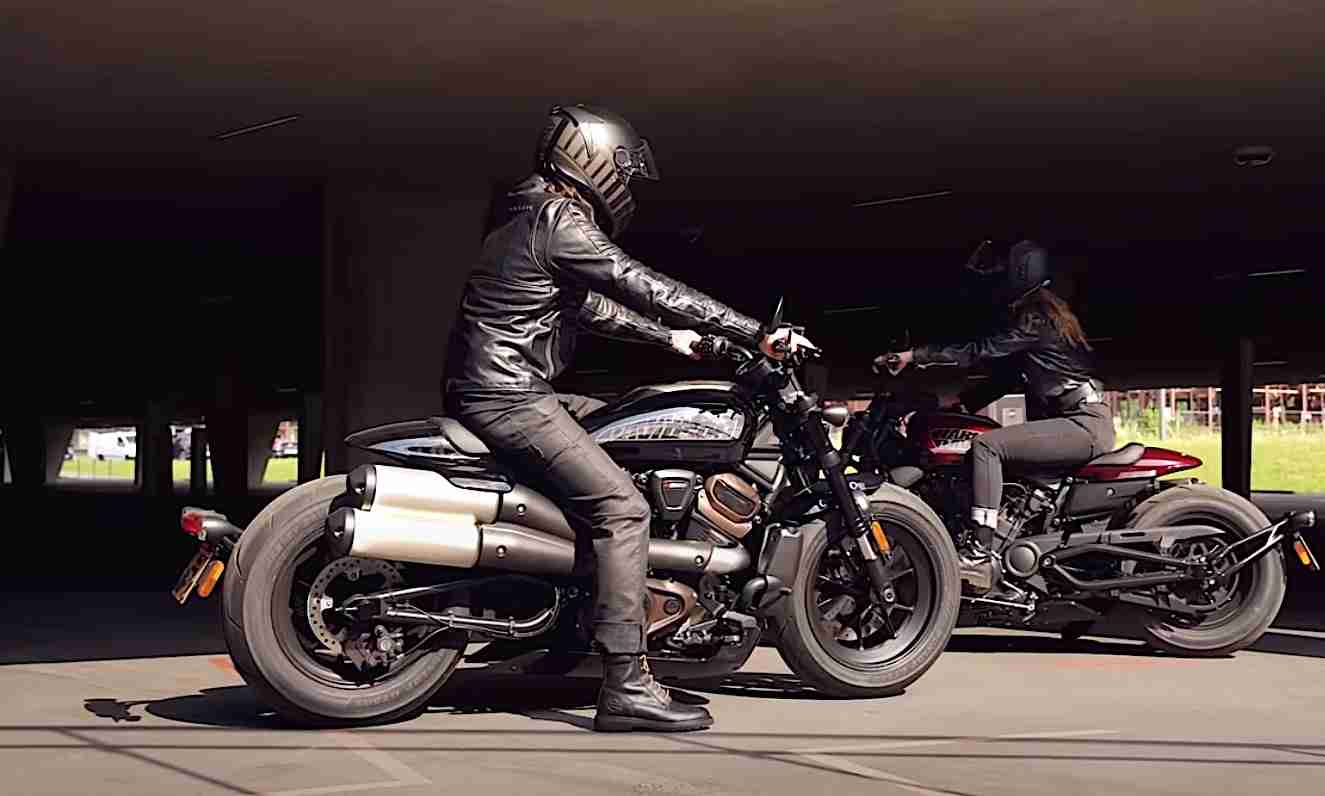 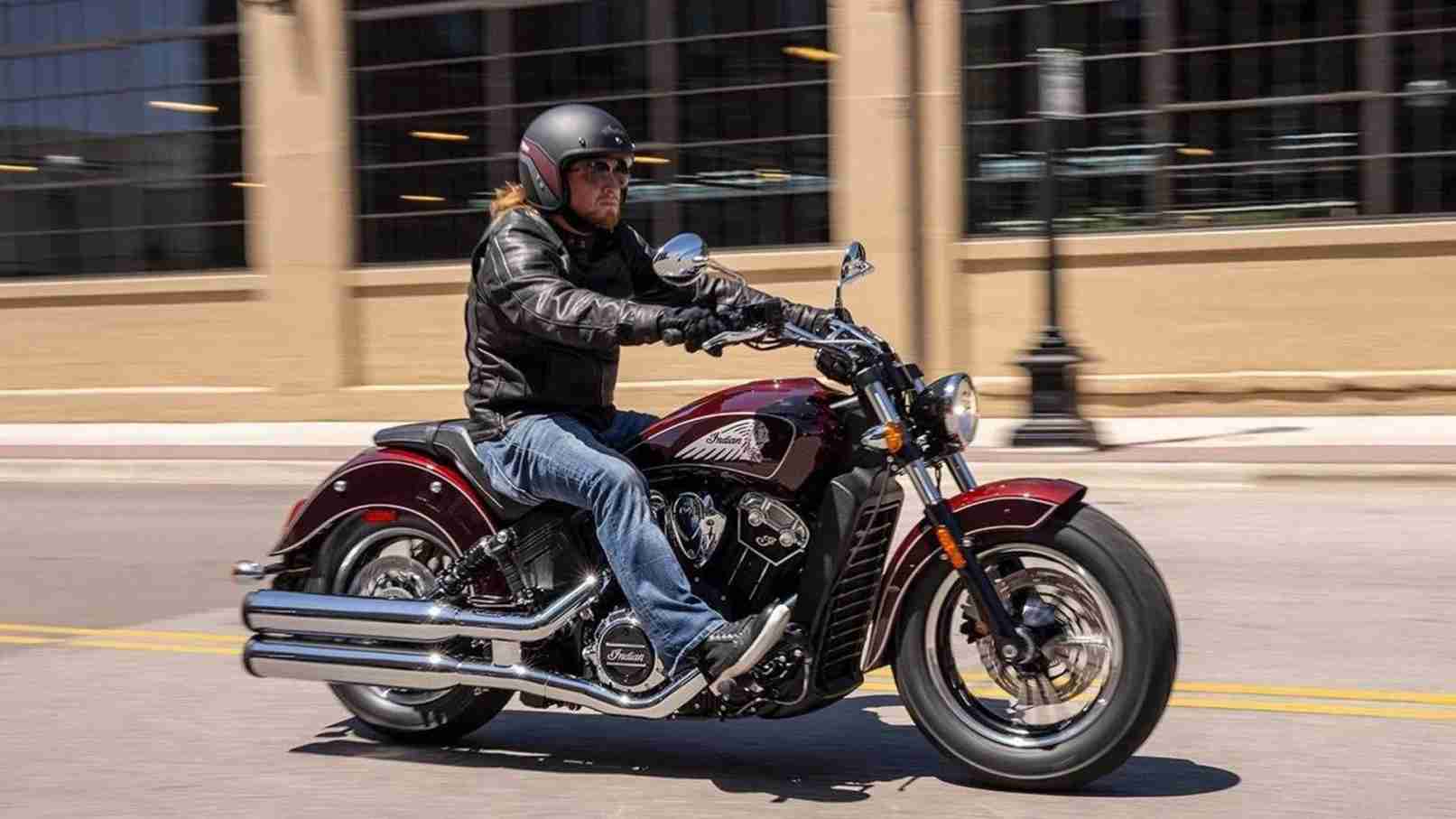 If you’re in the market for a new motorcycle, you could do worse than these three versatile, cruiser-style rides, and the best news is that you can have any of them showroom-new for under $10,000.

And in yet more interesting news, two of the three are American.

The 2021 Kawasaki Vulcan S ABS comes in at a wallet-friendly $7,599 and it represents a middleweight hybrid with somewhat brawny underpinnings. While it’s big and powerful enough to appeal to riders who require sporty performance, it also offers cushy ergonomics designed to suit nearly any rider size, no matter their skill level.

The Vulcan S is powered by a 649cc liquid-cooled parallel-twin taken from the Ninja 650 line, and it also boasts a wide range of available adjustments for the seat, the footpegs, and handlebar positions. The 2022 models offer a base-model Vulcan S (sorry, no ABS included), and that’s what makes the 2021 model such an excellent value.

For 2021, the Harley-Davidson Iron 883 comes in at the top of the range, and at $9,749, it offers an opportunity to join the HD fraternity at a price that won’t cause hiccups in a tight budget.

The Iron 883 does have the Sportster lineage American riders often prefer, and it’s a bit of a throwback with some stripped-down street cred. Featuring a low solo seat height, nearly naked bike bodywork and the venerable 883cc, air-cooled V-Twin, there’s no doubt it’s an HD. And in a departure, it also happens to be the lightest, lowest, and most new-rider-friendly bike in the HD lineup. For your cash, you get low down bars, a low seat height, and a lowered suspension.

Unfortunately, should you want ABS braking, you’ll find yourself over the target as that feature puts another $795 on the final sticker price.

But the real standout here is the 2022 Indian Scout Bobber Sixty and Scout Sixty, and they tip the cash register at $8,999 and $9,499, respectively.

The Scout Sixty, offering a fantastic 1,000cc motor, is by far the most impressive of the three mentioned here. With a 25.8-inch seat height and weighing in at a substantial 542 pounds, it’s hardly an entry-level cruiser. Sporting a 60ci (819 cc) liquid-cooled 78 hp mill, this good-looking and powerful engine helps the Scout blow the pegs off the other two bikes listed here.

But once again, if you want to stay inside the target price, you’re out of luck with the Scout Sixty as the ABS model will ding you an additional $800.

Whichever way you go, all three of these bikes will provide a ton of value and some needed thrills for under $10K. 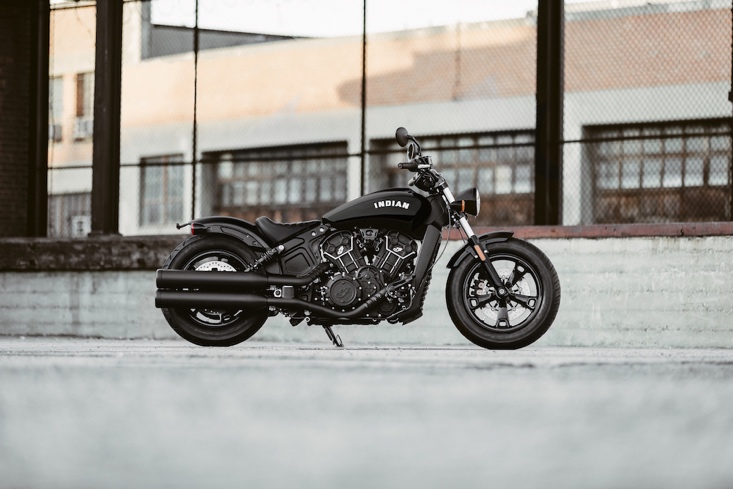 America’s First Motorcycle Company continues to move the industry forward by providing riders with a wide range of options of which to choose from.  Today, Indian Motorcycle introduced the 2020 Indian Scout Bobber Sixty, a more attainable and lightweight option for riders who expect the same premium quality and craftsmanship they’ve come to expect from Indian, combined with a stripped-down aesthetic.

Starting at $8,999, the Scout Bobber Sixty is powered by a 78-horsepower engine and comes packed with performance features that appeal to all riders seeking mean, old school styling at a competitive price point.  In addition, staying true to their commitment to self-expression, Indian Motorcycle will also offer an array of over 140 accessories for the Bobber Sixty.

Powered by the same 78-horsepower engine as the Scout Sixty, the Scout Bobber Sixty’s light weight, nimble handling, and low center of gravity will appeal to all riders seeking mean, old school styling at a competitive price point.

“Bringing a stripped down, old-school Bobber priced at $8,999 is something we’re very excited about.  We’re proud to provide such a dynamic offering at a price point that makes owning an Indian motorcycle extremely attainable to an even wider range of riders,” said Reid Wilson, Vice President of Indian Motorcycle.

The Scout Bobber Sixty maintains the stripped-down styling of the Scout Bobber, including chopped fenders and a confident riding position, while adding several cues that give the model a look of its own.  The Scout Bobber Sixty features a blacked-out engine, a modern tank badge, perch mount mirrors, stripped down headlight, an all-black seat, and all new five-spoke all black wheels.

Found at the National Motorcycle Museum 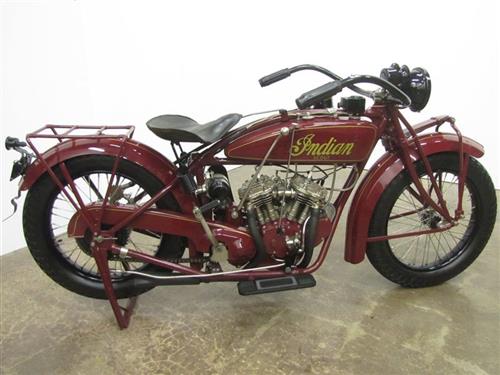 A Classic Indian Scout from 192

from the National Motorcycle Museum

A design of Indian engineer Charles Franklin, the Indian Scout was one of Indian’s best designs on the street and track. Franklin became most famous for his work on Indian’s 42 degree V-Twins including the Chief. The first Scouts appeared in 1920 as 37 cubic inch motorcycles, later became 45’s.

READ THE FEATURE ARTICLE IN THE CANTINA – CLICK HERE