Harley-Davidson Ego Shooter Is Not Your Usual Rocker 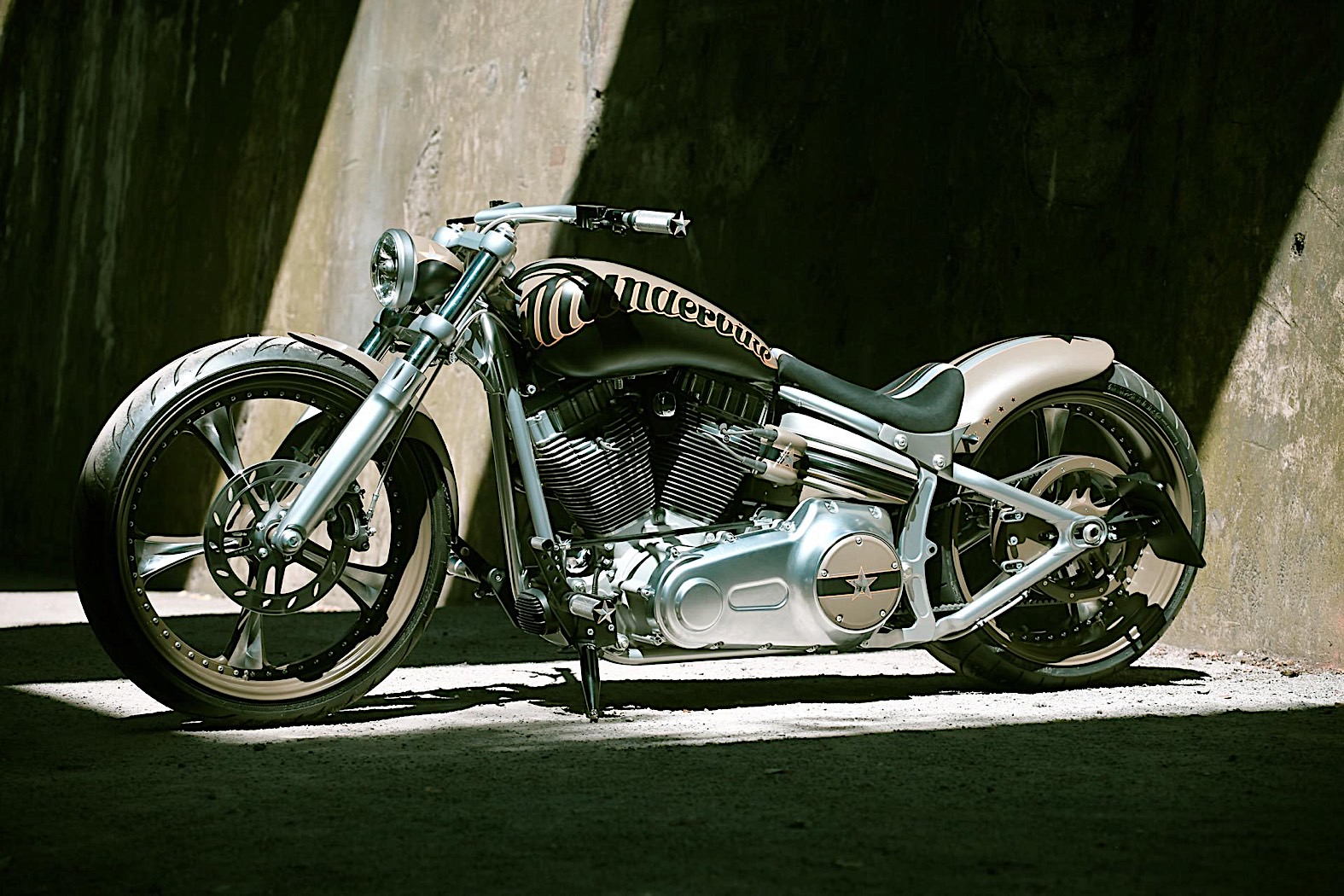 For the past 20 years or so, the European custom motorcycle segment has been flooded with Harley-Davidson based or inspired builds coming from Germany.

The group responsible for this onslaught is called Thunderbike and as part of our Two-Wheeler Month coverage in June we’ve talked about them at length over the past few weeks. Generally, we focused more on their most recent builds, but there are others, much older, that deserve their time under the spotlight.

For the end of this week we chose a build the Germans call Ego Shooter. It was first presented in 2011, at a time when the shop was half the age it is today. Unfortunately, we have no info on what happened to it since, but records, including photographs and a bizarre YouTube video (attached below) are still here to tell the bike’s story.

Built on a Softail Rocker base, the bike is described as “not exactly the first choice for custom friends.” The line was produced by the Milwaukee-based bike builder from 2008 to 2011, and it couldn’t have been more different than the variant portrayed in the gallery above.

As usual with all the Thunderbike builds we’ve covered, this one too is a mobile display of German imagination when it comes to custom parts. From the rear end that can move up and down thanks to an air suspension to the small fender at the front, all speak volumes about what stock Harleys can become in the right hands.

The exhaust system, air filter, pegs and handle fittings, fork, and the handlebar are just a few of the custom parts fitted on the motorcycle, all topped off by a custom paint job (containing more colors than we’re used to seeing when it comes to Thunderbike machines) that spells the name of the shop in massive letters on the fuel tank.