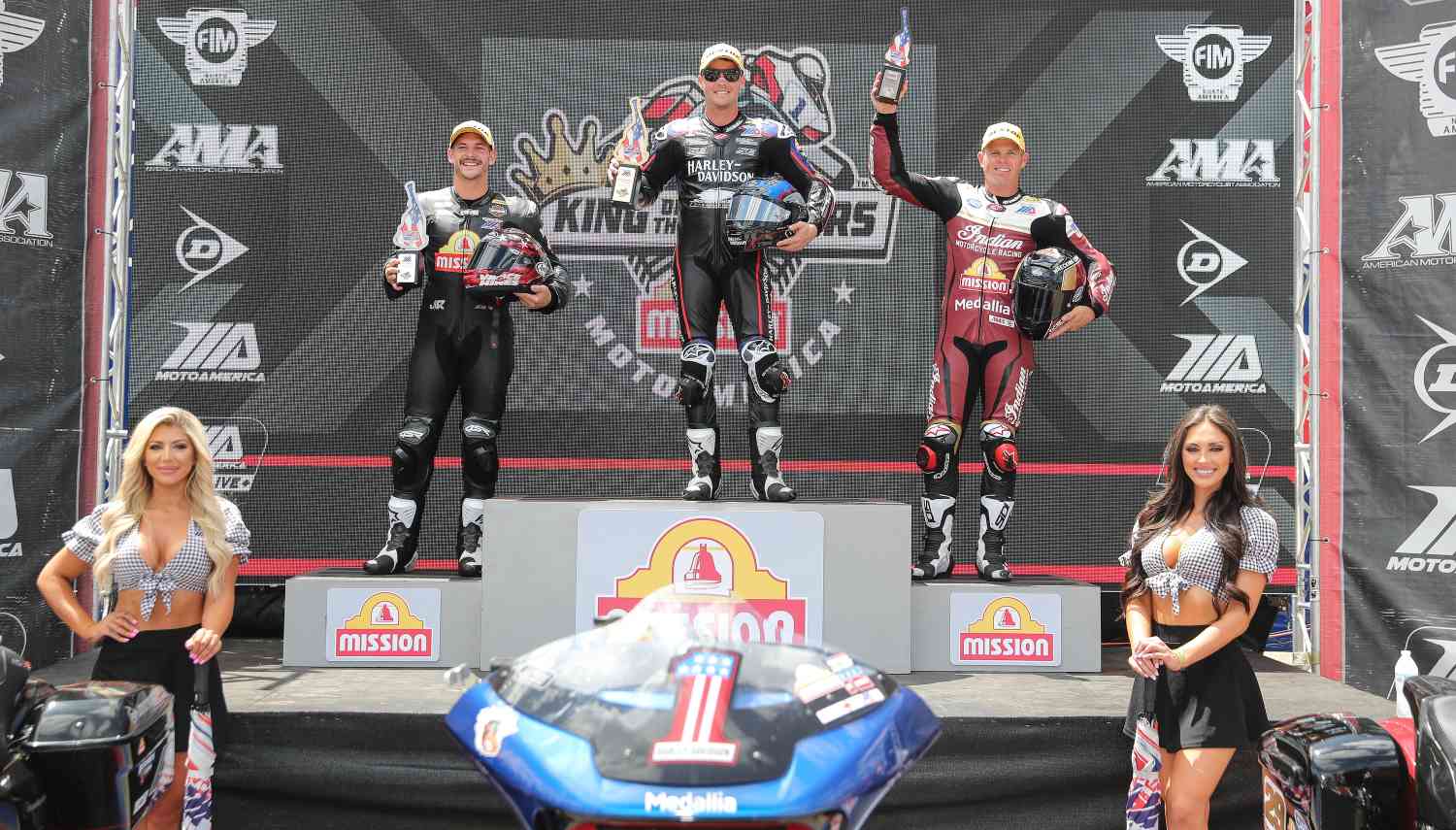 “This win definitely feels good,” said Wyman following the race. “I’m so happy to do it for everyone on the Harley-Davidson Screamin’ Eagle team. They deserve it so much. They have been working day and night since Daytona to get us here and made some significant improvements to the bike that allowed me to be much more aggressive on the track today. Winning today and having James finish second has really helped us in the points chase.”

Wyman topped the field in King of the Baggers qualifying on Saturday, posting a best lap of 1:31.87, lowering the class lap record on the 2.55-mile Road Atlanta road course by 4.5 seconds. Later on Saturday, Wyman crashed during the King of the Baggers Challenge sprint race to determine pole position for the eight-lap feature, and was set to start in sixth position on the second row for Sunday’s main event.

On Sunday Wyman jumped out to third place on the opening lap and trailed pole sitter Bobby Fong and Rispoli. Fong crashed his Indian motorcycle on lap two and was out of the race. Wyman passed Rispoli for the lead on lap three and then gradually pulled away, opening a gap of 0.66 seconds by lap five and 1.24 seconds by lap seven.

After three of seven rounds on the 2022 Mission King of the Baggers series, Kyle Wyman moves from sixth to third place in the series standings, tied with his brother Travis Wyman at 41 points, 20 points out of first place. The Harley-Davidson® Screamin’ Eagle® factory team returns to the track June 3-5 at the MotoAmerica Superbikes Weekend at Road America raceway in Elkhart Lake, Wis.

Vance & Hines Racing team rider Jesse Janisch rode a Harley-Davidson XG750R motorcycle to a dominating win in the Mission Production Twins main at the inaugural Progressive American Flat Track series I-70 Half-Mile on April 23 in Odessa, Missouri. Janisch started on the front row after qualifying second for the event. The semi-final rounds were cancelled due to approaching weather.

Janisch stormed into the lead at the start of the main and was never challenged, building a gap of 9.43 seconds by the end of the 22-lap race. For the 35-year-old racer from Beaver Dam, Wis., the win was sweet redemption for a disappointing 14th-place finish at the Texas Half-Mile on March 19.

After three of 17 events on the 2022 Progressive American Flat Track series Production Twins schedule Janisch is in third place with 47 points, 13 points out of first place.

The Progressive American Flat Track series is back in action for a double-header race weekend May 28-29 on the Red Mile in Lexington, Ky. 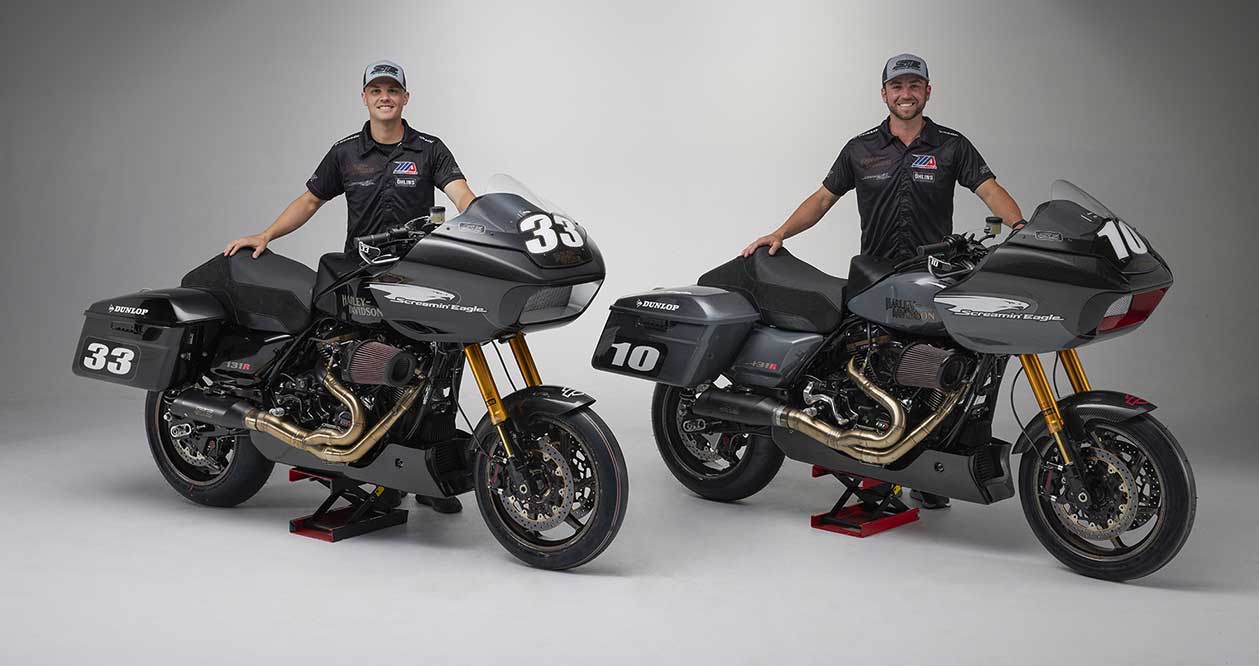 In addition to its factory team effort, Harley-Davidson is offering a nearly $30,000 cash contingency program for qualified Harley-Davidson® racers competing in the King of the Baggers series.

“We are ready to turn up the heat in MotoAmerica at our home track of Road America by adding Travis to the Screamin’ Eagle factory team,” said Jochen Zeitz, chairman, president, and CEO Harley-Davidson. “The King of the Baggers series is bringing big excitement for fans and we’re pleased to add to the show by expanding our team to two top riders representing Harley-Davidson and Screamin’ Eagle.”

The three-round MotoAmerica King of the Baggers series is for race-prepared, American V-Twin touring motorcycles equipped with a fairing and saddlebags. In the series debut on May 2 at Michelin Raceway Road Atlanta, Kyle Wyman placed second on the Harley-Davidson Screamin’ Eagle factory Road Glide Special motorcycle.

Round two of the King of the Baggers series is June 11-13 at Road America near Elkhart Lake, Wis. The series continues July 9-11 at WeatherTech Raceway Laguna Seca, Calif. 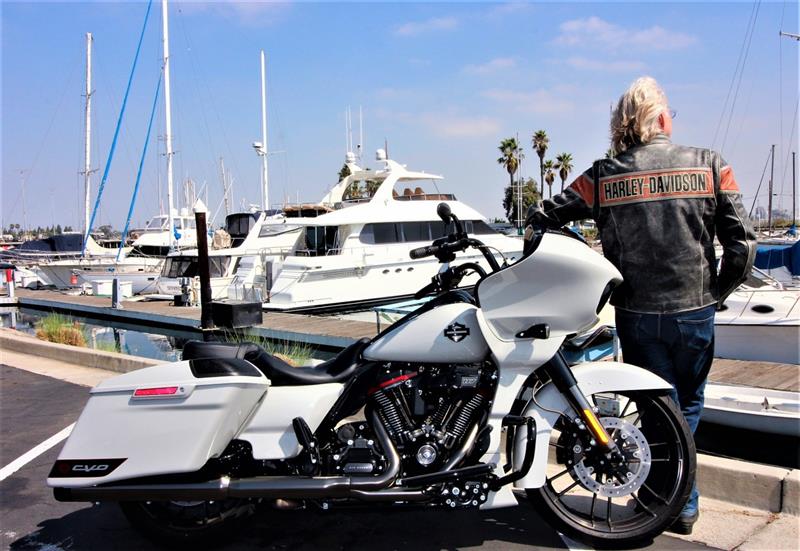 Road Glide CVO on the road with Koz Mraz

Harley-Davidson Custom Vehicle Operations has always set the gold standard of style and luxury. Because they are manufactured in a limited quantity, they always sell out.

Click Here to see this Bike Review on Bikernet 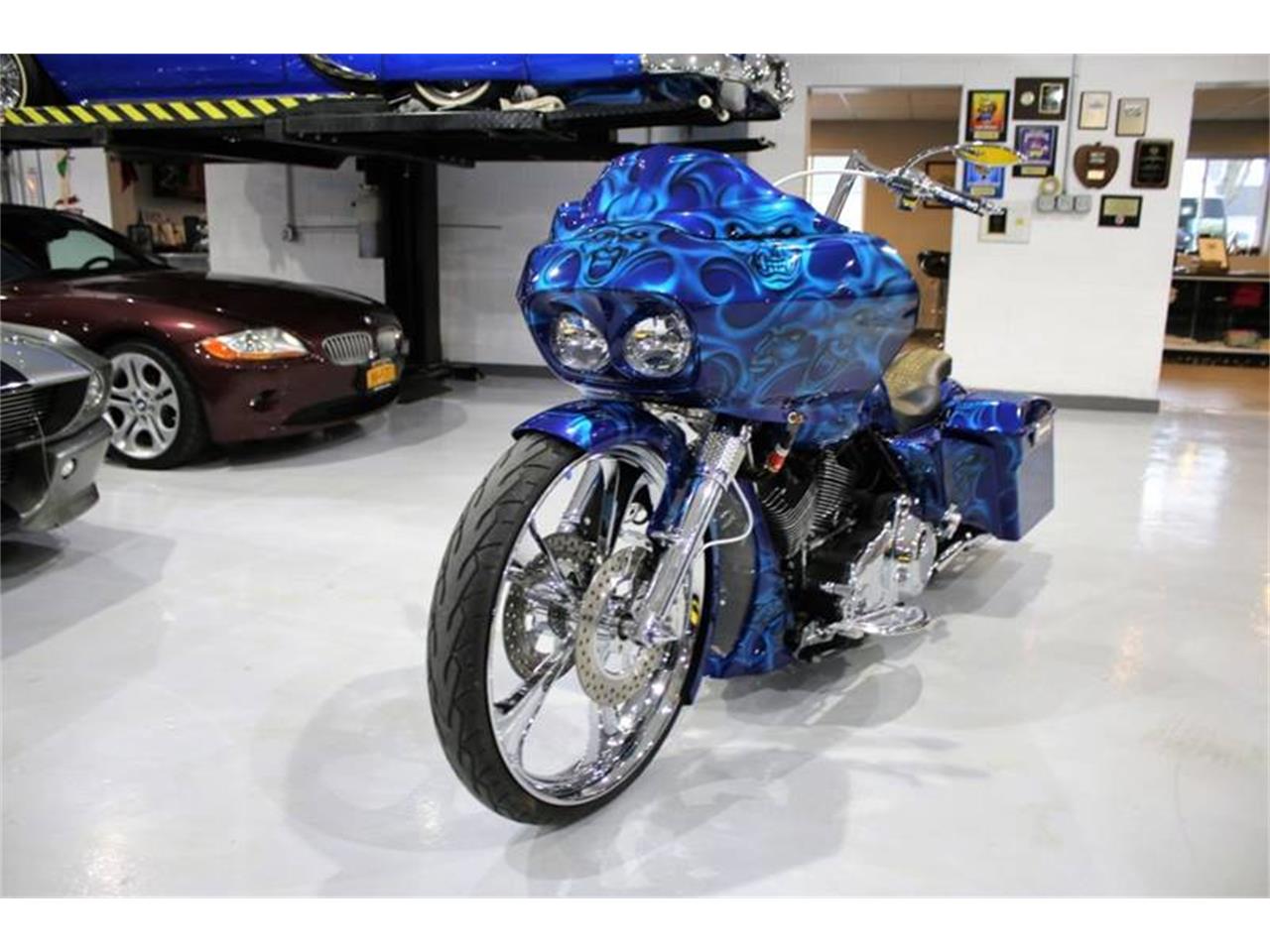 For garages that don’t have it in them to build a motorcycle from scratch, there are countless bikes out there that can used for a customization process. Few of them are as alluring as the Harley-Davidson Road Glide, though.

Maybe it’s the iconic shape of the motorcycle, or maybe something else, but the reality remains some of the best custom works in the industry are based on this type of two-wheeler. And some of the strangest and extreme, too.

The motorcycle we have here is a Road Glide from 2012, heavily modified by a custom shop and taken to various events across the American continent since it was completed. It is now, once again, selling, this time on the Classic Cars website.

The custom bagger is no longer its former self, having been stretched by means of welds, not bolt-ons. The front end is raked, as a means to accommodate the huge 26-inch wheel fitted at the front. And even the ride height is no longer factory-specced, as it now can be altered at will thanks to the air ride suspension fitted front and rear.

There are, of course, custom motorcycle-specific elements on it, like the polished and chromed surfaces, the alligator skin seat, or the expensive paint job, which is valued at $15,000 alone. But there are also things you don’t usually find on a motorcycle, be it custom or otherwise.

Like the 6 speakers hidden inside the hard bags at the rear. That’s right, speakers, powered by 2 Rockford Fosgate amplifiers.

The current owner of the bike says he acquired it in a trade-in. Originally, the bike and the modifications made to it are said to have cost over $100,000, and it only has 534 miles on it since completed, but the selling price is now less than half that, namely $49,500.

Harley-Davidson may be charging toward an electric future with its battery-powered Livewire, but it hasn’t forgotten its heritage.

One of The Motor Company’s latest models is a special edition of the Road Glide touring bike that features the brand’s historic, red white and blue No. 1 logo. According to Harley-Davidson, the logo was originally designed to celebrate the 1969 AMA Grand National Championship for flat track racing and later adopted the stars and stripes motif.

It became a big part of the company’s brand image in the 1970s, appearing on several bikes and accessories. It’s being offered on the Milwaukee-Eight 114 V-Twin-powered Road Glide with blue/white and red/white paint jobs.

According to Ride Apart, Harley-Davidson will build no more than 750 in each color at $29,699 each, which is $2,400 more than a base black Road Glide, as it comes off of a year when sales across the lineup declined 5.2 percent.

If you would like your V-twin Road Glide Special Harley-Davidson to scream “I love America” more than other motorcycle, than you are in luck because Harley has announced two more limited edition red white and blue color schemes.

Probably because Harley had great success with the special paint option unveiled last month (the yellow base coat with a black eagle painted on the fuel tank), the big brains of the company thought that some new two-tone color scheme will raise their sales even further.

However, the main highlight of the special edition paint is the fact that the number 1 was been drawn on the fuel tank, besides the American flag theme. This implies that Harley-Davidson is the number one American bike manufacturer, how very humble of them!

Also, the saddlebags are painted in the same base color of the motorcycle and have a not-so-subtle white stripe drawn on the base, with the Harley-Davidson logo written on it.

These limited edition special color schemes are a nice addition to the classic full black/grey/brown/red lineup, as some people really enjoy their bikes being more unique than the everyday models you normally see on the street. This option will only be available for the Road Glide Special model of the Harley-Davidson motorcycles lineup. So if you want to get the American flag on a Road King or a Softail Harley Davidson, you will need to go to a custom painting shop.