China’s Ninebot unveils scooters that drive themselves to charging stations 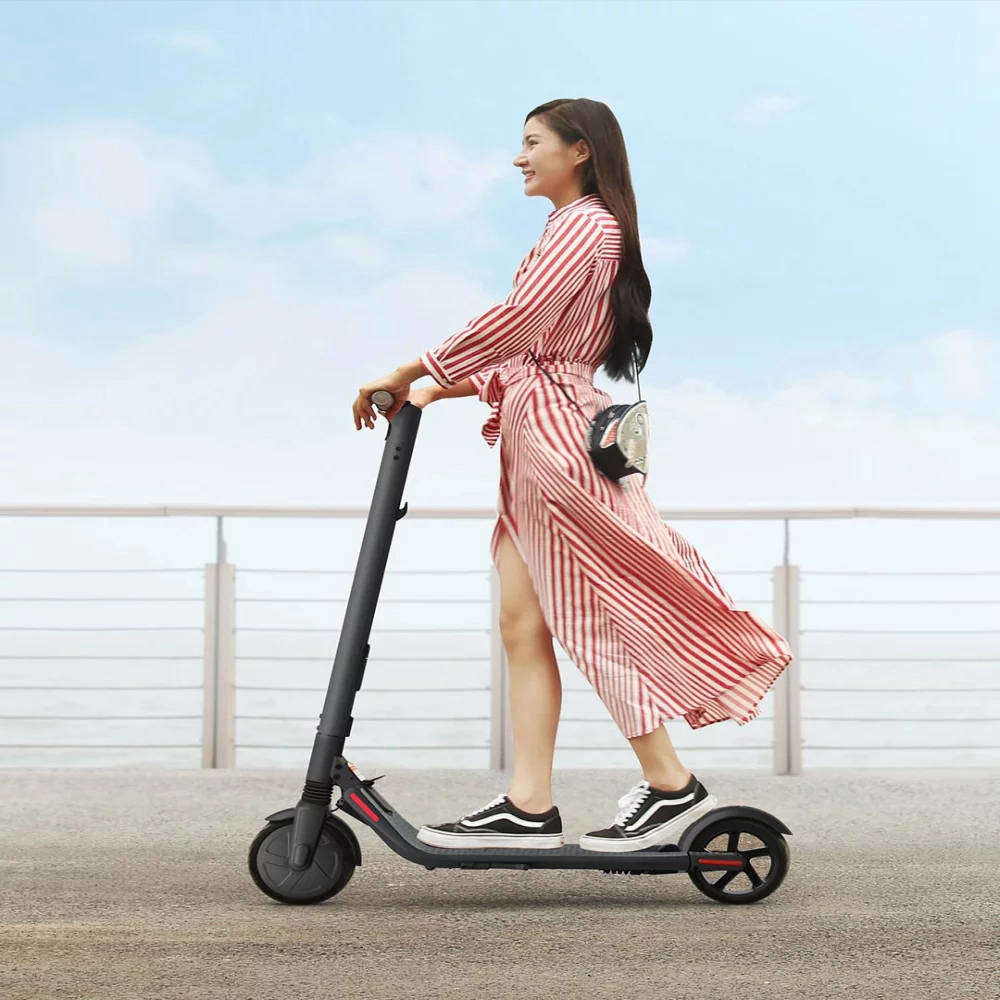 Ninebot said Uber and Lyft, the ride-hailing giants that are expanding into scooter-sharing, would be among the customers for the new semi-autonomous vehicles that are expected to hit roads early next year.

BEIJING/HONG KONG – Segway-Ninebot Group, a Beijing-based electric scooter maker, on Friday unveiled a scooter that can return itself to charging stations without a driver, a potential boon for the burgeoning scooter-sharing industry.

Ninebot said Uber and Lyft, the ride-hailing giants that are expanding into scooter-sharing, would be among the customers for the new semi-autonomous vehicles that are expected to hit roads early next year.

Gao Lufeng, Ninebot chairman and chief executive, told Reuters in an interview that AI-driven scooters, controlled remotely from the cloud, could radically improve the economics of scooter-sharing.

“The pain point for scooter operators is to better maintain the scooters at a lower cost,” he said. Currently, operators of scooter sharing fleets have to collect the machines manually for re-charging.

Formed by the 2015 combination of China’s Ninebot and U.S. transportation pioneer Segway, the company has quietly become the largest supplier for scooter-sharing companies such as Bird and Lime

“I believe scooters will replace bicycles as the prime solution for micro-mobility,” Gao said. “It’s human nature to save energy when commuting.”

The scooter-sharing fad was triggered two years ago with the launch of Bird in California. Venture-capital investors have since poured hundreds of millions of dollars into the sector, and fleets of electric-powered scooters now operate in cities across the U.S. and Europe.

Segway-Ninebot Group has applied to list its shares on the China’s new Nasdaq-style board for homegrown tech firms, the STAR Market. The company sold 1.6 million scooters in 2018, according to a prospectus filed in April.

Lyft and Uber did not immediately respond to emailed requests for comment.

The new machines will start road testing next month and will be largely commercialized in the first quarter of 2020.

The company also launched two self-driving delivery robots — one for outdoor delivery, the other for indoor services.

The company is in talks with food delivery operators, including Meituan Dianping and Alibaba Group’s Ele.me, to begin service by the first half of next year.