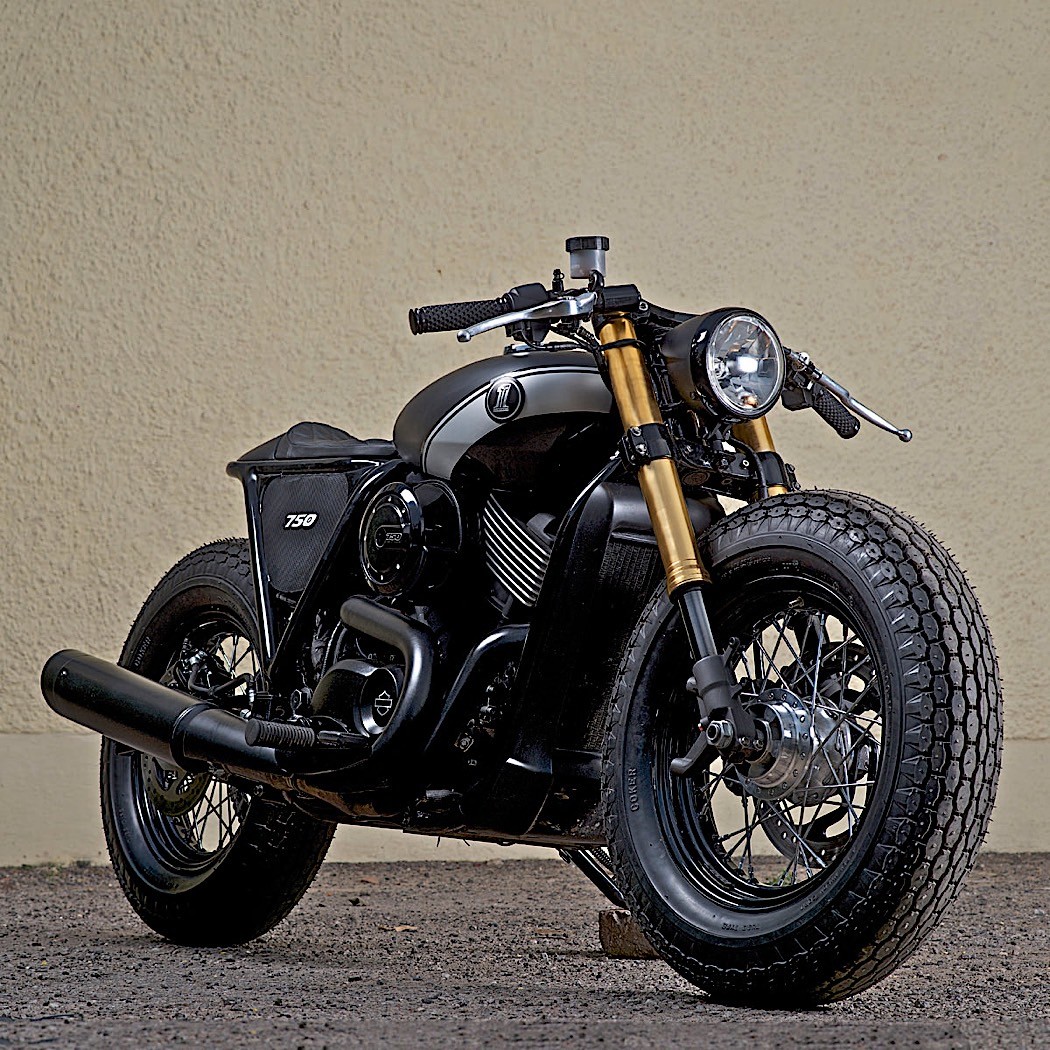 The Street motorcycle is the cheapest two-wheeler in the Harley portfolio, and it represents for most riders the entry point into the realm of the world’s most famous bike maker. As such, the range has been a sales leader in developing markets such as India ever since its introduction.

The Street 750 came to the world in 2014 as the bike maker’s first new model in more than a decade. It quickly grew to become exactly what was needed to tackle the need to expand in emerging markets. And selling lots of Streets meant that soon there were countless garages taking their own shot at the line.

The one in the gallery above was considered six years ago “the first officially sanctioned Street custom from an independent builder.” It’s a significantly modified 750 handled by an Indian garage called Rajputana Customs.

The shop specializes now in reimagining several bike makes, but have a soft spot for the Royal Enfield brand. Yet they seem quite apt at giving a new direction to Harley bikes as well.

It took the garage four weeks to put this thing together, and quite a lot of work went into it. Rajputana went for a more road-friendly approach by replacing the original forks with Suzuki GSX-R forks that are 25 percent stiffer, the dual shocks have been pulled out and a monoshock was fitted, the subframe replaced with a new one, and finally the belt drive was scrapped in favor of a chain.

Visually, the bike looks much more massive than the stock 750. That is owed to the fat tires and the swept down handlebars. The fuel tank is no longer were it used to be, as it was raised at the rear, and the fuel cap moved from the right to the left side.

We are not being told how much the conversion cost, or what happened to the bike after it was completed. Rajputana’s website no longer lists this Street 750 as one of their products, but does list another version of it called Makku V2.0.