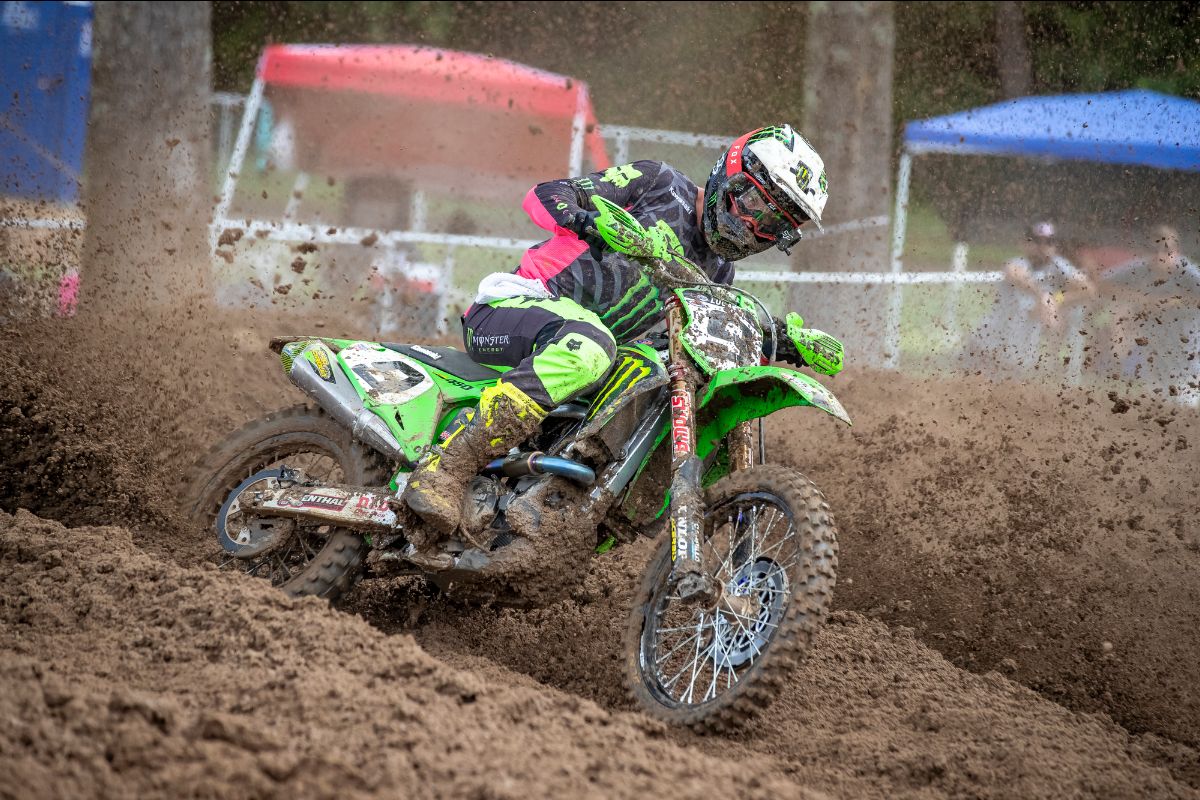 Ironman – ET3
Three-time and current defending AMA Pro Motocross Champion Eli Tomac has captured two of his three 450 class titles at Ironman Raceway over the past three years aboard his Monster Energy Kawasaki KX™450. In 2019, Tomac clinched the title one weekend early at Round 11 of the Pro Motocross series at Budds Creek Motocross Park.

Career Best(s).
Last weekend at Round 2 of the AMA Pro Motocross Championship series, Monster Energy/Pro Circuit/Kawasaki rider Cameron McAdoo achieved his career-best moto finish with a fourth in Moto 1. McAdoo went on to finish fifth in Moto 2, which earned him fourth overall and his highest-scoring Pro Motocross overall result to date.

Podium Rate = 60%
Over the past five years of AMA Pro Motocross racing at Ironman Raceway, a Kawasaki rider has successfully reached the overall podium 60% of the time in either the 250 or 450 class.

“Ironman Raceway is going to always hold a special place in my heart because, after years of working my tail off, I achieved a dream of mine that I had since I was a little kid, which was to win a pro motocross championship. It’s not something I will ever take for granted as so few get to actually experience it. I am looking forward to going back there again this weekend as it was just a little over a year ago when I won my title. The track has some massive hills and jumps so I am excited to race my Monster Energy Kawasaki KX™450 there.” – Adam Cianciarulo

“The first two rounds for me have been less than ideal, however, coming into this season there was so much unknown with regards to if we were even going to be able to race. I’m thankful that we get to line up each weekend and do what we love. I am going to approach each weekend as its own race and give it my all to be back on top where we belong. The team and I did some testing this week and we’re looking forward to the weekend.” – Eli Tomac

In only his second AMA Pro Motocross start in the 450 class, Kawasaki rider Justin Rodbell earned a top-10 overall finish at Round 2 of the 2020 Pro Motocross Championship series. The teenage rider from Prince Frederick, Maryland comes in a bit under the radar as he has spent the past couple of years competing down in Australia. 2020 will mark his first full year of competing in the Monster Energy Supercross and AMA Pro Motocross Championship series. Rodbell’s 12-12 scores in the muddy track conditions earned him 10th overall in the competitive premier class. The young 19-year-old rider will lineup aboard his SGB Racing/Maxxis Tires/Babbitt’s Online/Kawasaki KX™450 this weekend in Crawfordsville, Indiana for Round 3. 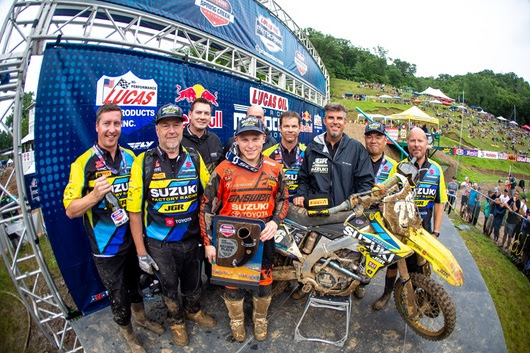