A Taste of the Motordrome Era 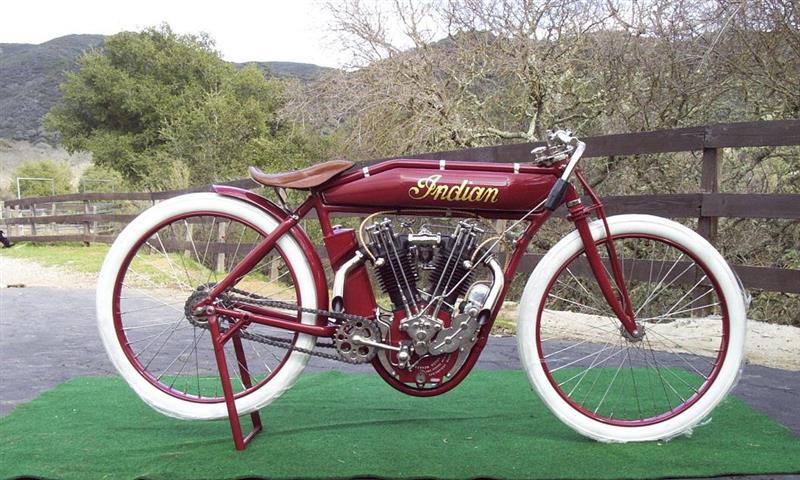 Recently one of our esteemed Bikernet™ contributors sent me a batch of historic Motordrome shots, then a pile of great shots of classic racing bikes from that era. I recently wrote a screenplay, called Splintered Road, about this era around WWI and it’s being looked at in Hollywood. This year one of the racing heavyweights, and a man who has been involved in the industry all his life, Don Emde, published a magnificent book on the sport of board track racing. – Bandit

The Board Track Era ran from 1908 to approximately 1929. There were dozens of tracks across America that touted high banks and were up to two and one-half miles around. The term “Board Track Racer” also referred to the similar version that was raced on dirt tracks.

Originally, turns were banked at about 15°. But while this curvature may have been well-suited to the slower speeds of bicycling, it soon became obvious that banks could be steeper for motorcycles. Motordrome designers kept pushing the envelope, eventually reaching banks as steep as 60°. Speeds kept getting faster, reaching and then surpassing 100 mph.

Click Here to read this Photo Feature on Bikernet