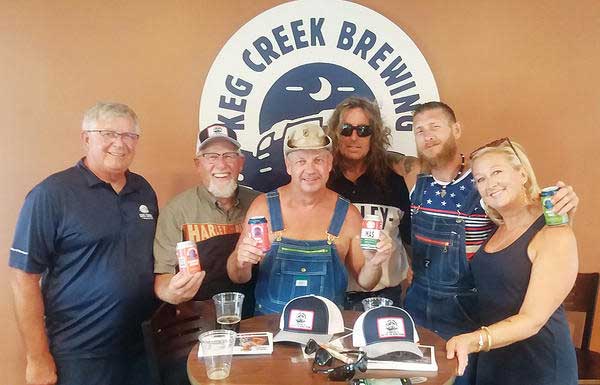 by Joe Foreman from https://www.opinion-tribune.com

Motorcycles & Moonshiners: Motorcycle riders and fans of the popular “Moonshiners” television series were in hog heaven Saturday during the inaugural Bootleggers Run motorcycle rally that began and ended at Loess Hills Harley-Davidson near Pacific Junction.

The rally, a fundraiser for the Northeast Elementary School playground project, included appearances by Tim Smith and Josh Owens – cast members from the “Moonshiners” docudrama that’s been airing on the Discovery Channel since 2011. The show features a cast of characters, many who reside in wooded regions of the Appalachian Mountains, that make their own moonshine. Smith is also well known for his legally-produced Climax Moonshine that’s made from a century-old family recipe.

Smith and Owens, donned in their trademarked bib overalls, signed autographs and posed for photos at each stop along the rally route.