Creating a 1916 Harley-Davidson from only an original engine 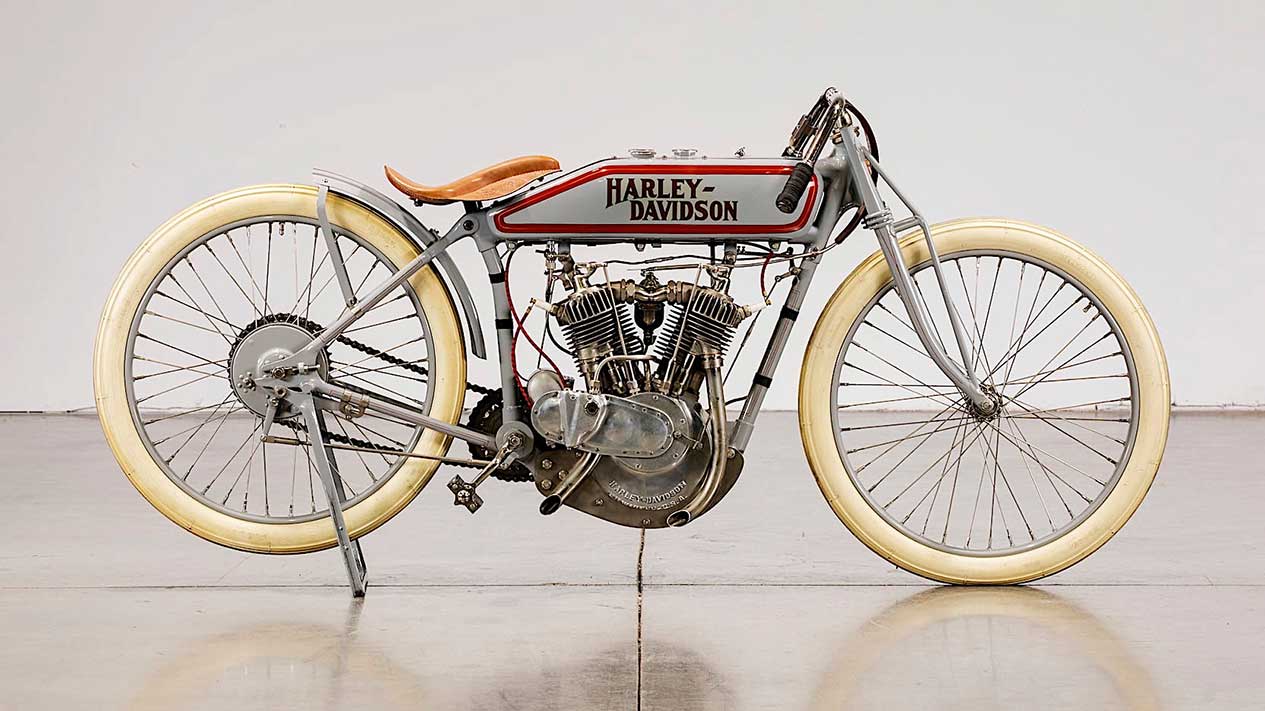 Believe it or not, it’s been 118 years since the foundations of the company we now know as Harley-Davidson were laid. Somehow, the company managed to get through two hot world wars, a cold, long one, and more near-death experiences that we care count.

Such a long history means there are more models in the company’s past than in its present (and some, might argue, more than in the future). Some are so old it’s literally impossible to come across one, and people have to turn to all sorts of gimmicks to get their hands on a historic model.

Like the guys behind this build did. Trying to bring back one of Harley’s historic racing models, a Swedish museum by the name of MC Collection got their hands on an original motorcycle engine from 1916 and built a bike around it, trying to capture the essence of what was once the Model 11K racer.

The engine belonged to a Model F, and was slapped inside a full loop frame constructed (together with the forks) by former German road racing cyclist Christian Henn. The frame presents itself just like it did on the original Harley of more than a century ago, in the so-called keystone configuration, with stressed members and steel engine plates.

This way of building racers gave them better handling but, perhaps equally as important, allowed for the cylinder to be removed with the powerplant still fitted on the bike, allowing for quick intervention during races, if they were required.

This 1916 Harley was put together in Sweden more than a decade ago, and in the meantime it made it to the U.S. It was listed as for sale during the Mecum motorcycle auction this weekend, and it got sold for $57,750. As a side note though, whoever bought it will only be using it as a museum piece, because it is not street legal.