Electric Cars Can Kiss My Ass 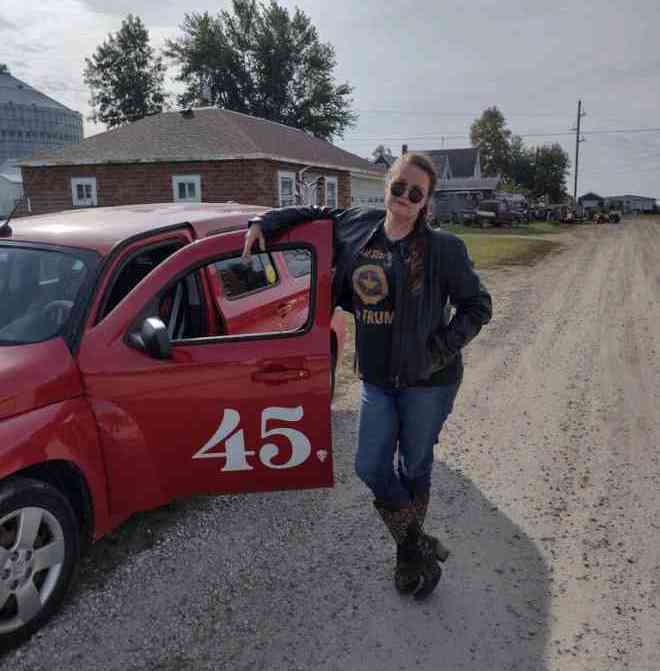 Eclectic article on Electrifying Changes in Our Lives

by the Wicked Bitch

Here it from the lady who has driven everywhere and tweaked the vehicle to get anywhere. ‘Charge’ up your courage and decide the road for your own fate.

“My dad bragged that I could tell a Ford from a Chevy by the time I learned to walk.. and when i did learn to walk, I left tiny handprints in the dust of an old yellow Volkswagen bug in the corner of the shop.”

CLICK HERE To Read this “Heart to Kickin’ Butt” article on Bikernet.com 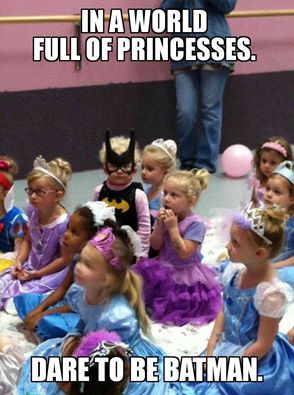 Join the Cantina if you aim to Ride Free Forever!!! Sign up by Clicking Here. 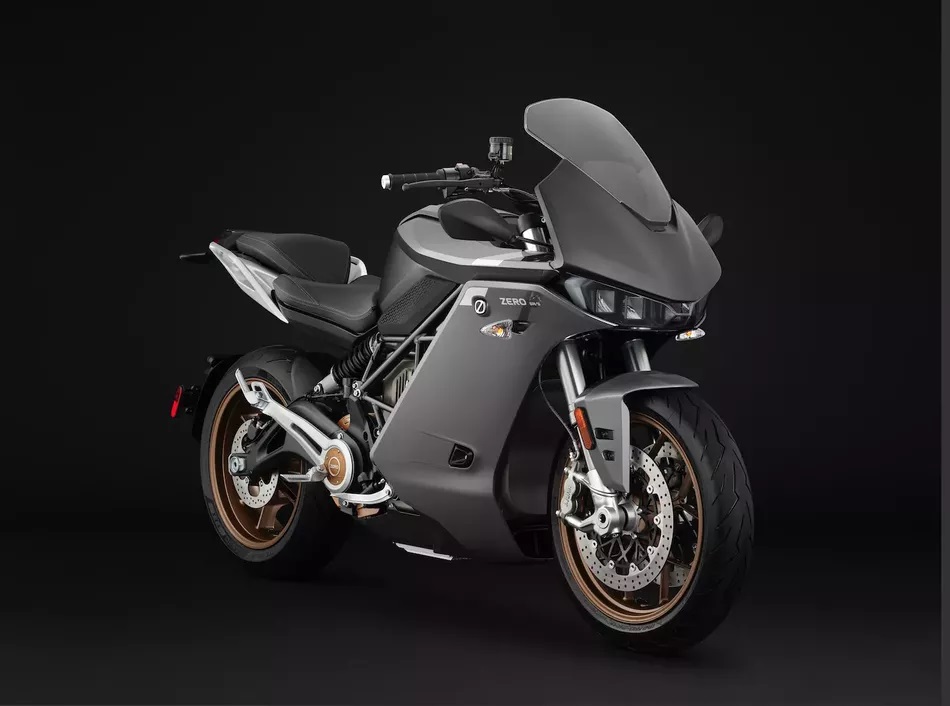 You can also charge the premium model in under an hour.

Like EV owners, electric motorcycle riders suffer from range anxiety. Zero Motorcycles is trying to alleviate that a bit with a new model, the SR/S. It can go up to 201 miles in the city and 103 miles on highways — better numbers than the last SR/F model all around. Best of all, Zero managed to keep the price just above the SR/F by keeping the same platform and introducing a full fairing to improve aerodynamics.

On top of the full fairing, the SR/S has a more relaxed riding position, but otherwise uses the same battery pack and engine as the last model. As more of a sport touring-type bike, it also weighs about 20 pounds more than the 485-pound SR/F. However, it still goes like heck thanks to a 100 horsepower, 140 foot pound motor, hitting speeds up to 124 mph.

The base SR/S can go 161 miles on a charge or 82 miles on the highway, so to get the extra range you’ll need to add the Power Tank option. It takes four hours to charge the base model with a regular charger, or 1.3 hours with the 6 KW rapid charge option. However, you can speed that up to two hours (regular charge) and one hour (fast charge) with the premium bike.

Other features include the Cypher III operating system that can handles traction control, braking and charging, along with connected capabilities that lets the owner monitor bike status, alerts, system upgrades and more. The SR/S is now available starting at $19,995 (compared to $19,495 for the SR/F), or $21,995 for the premium model. The 3.6 kWh Power Tank option runs an additional $2,895 and will be available starting March 1st.

If you want to roam cities and highways in style without relying on a single drop of gasoline, Zero’s newest electric motorcycle might be up your alley.

Zero invited members of the press to an unveiling of its new SR/S e-bike on Wednesday. It has a sleek new design compared to its SR/F counterpart, and was designed with aerodynamics in mind, according to Zero. This should allow 13 percent more range at highway speeds once riders are fully leaned in, the company says.

As far as more detailed specs are concerned, the SR/S boasts 140 ft-lbs of torque, 110 horsepower, and a top speed of 124 mph. Its city range by default is 161 miles, while its highway range is 82 miles. Those numbers are bumped up to 201 miles and 103 miles, respectively, with an optional power tank add-on.

The SR/S comes in both standard and premium configurations. The first, with a 3 kW charger, is $19,995, the second, with a 6 kW charger, is $21,995. That power tank we mentioned earlier is an additional $2,895, so expect to spend a good deal more money than the starting price if you want all the bells and whistles.

Oh, and there are two colors: Cerulean Blue and Skyline Silver. We saw the blue version at the press briefing and it looked, well, blue. One last thing to note is that the Zero SR/S is using level 2 electric charging. It seems level 3 charging is still just a little too prohibitive for Zero’s liking. The standard model takes four hours to go from zero to 95 percent battery, while the premium takes two hours. You can cut that down to merely an hour with the 6 kW charger.

It may cost somewhere in the neighborhood of $25,000 to get the SR/S with everything that makes it cool, but it seems like it might be cool nonetheless. Zero said it ships to dealers immediately, so anyone who wants one should look into their local options. 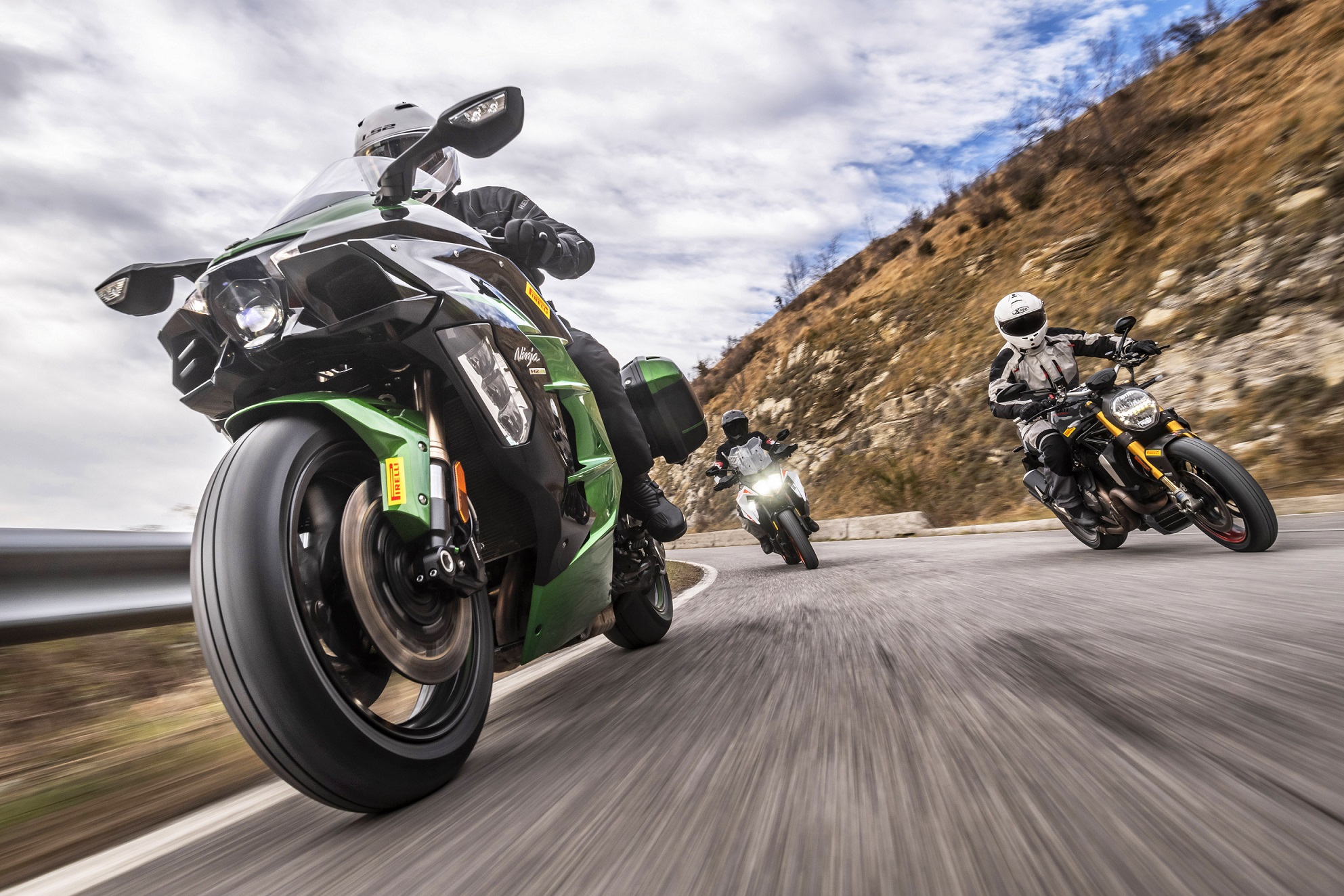 Pirelli Presents the ANGEL™ GT II, the New Tire That Rewrites the Rules of the Sport Touring Segment in Terms of Mileage, Wet Performance and Sportiness Combine with Safety

MILAN, Italy (April 8, 2019) –ANGEL™ GT II is the new Pirelli Sport Touring tire, the successor of the highly regarded, award winning ANGEL™ GT and the evolution of the Italian brand’s interpretation of the Gran Turismo concept.

Pirelli has designed ANGEL™ GT II with the aim of rewriting the rules of the Sport Touring segment thanks to key features including high mileage, sporty handling and grip combined with fantastic wet conditions behavior and great confidence and safety to the rider. The carcass with innovative variable cord end count over tire section and high-silica compounds combined with a new tread pattern design – derived from World Superbike ‘intermediate’ race tires – set the benchmark for performance and optimizes the effect of electronic rider aids.

The Gran Turismo designation generally refers to travelling at speed over a long distance, with safety and comfort. Most importantly GT signifies making the ride able to offer emotions and fun, in other words, giving great riding pleasure.

ANGEL™ GT II development has been focused on consolidating the former ANGEL™ GT’s strengths – already a benchmark for mileage and versatility with different bikes and conditions – enhancing wet performance, riding pleasure and confidence in order to define a new reference point for the Sport Touring tire segment, in-line with Pirelli DNA and the Gran Turismo concept.

The reason why Pirelli has decided to develop a new product in this tire segment generates from its relevant and growing market volume and from the competitive scenario where products need to keep pace with the evolving need of motorcyclists’ and motorcycles.

• To couple the sportiness of Pirelli DNA to exceptional performance also in full wet conditions;

• To further raise the bar for tire lifespan in the segment where its predecessor was already a reference;

• To maximize the effect of electronic rider aids.

The new ANGEL™ GT II has been developed to meet the needs of three different motorcyclist groups:

Grand tourers
These riders extensively travel on medium-to-long distances both alone or with a passenger and luggage. They ride sport tourers, adventure bikes and the new generation of crossover machines. They demand extended mileage, great stability when heavily loaded, enhanced comfort from dampening, and great safety and confidence, even in the wet.

Smart urbans
These riders use their machines all year long to commute and for urban mobility, with occasional short or medium length free-time trips. They ride super-sport, naked/roadster bikes, sport tourers and the new generation of crossovers. They demand control and braking grip in all conditions including wet and need light handling at low speed. Sometimes they engage in a more dynamic and exciting ride.

Free timers
These riders use their bikes mainly for short weekend trips. They ride mainly super-sport, adventure bikes and the new generation of crossovers. They demand sporty handling, plenty of grip but with extended mileage, performance in the wet and versatility to loading conditions.

With ANGEL™ GT II, Pirelli aims to confirm and expand the brand’s recognition in the Sport Touring tire segment by complementing the consolidated values of the brand – such as sportiness and sporty handling – with those of performance consistency, reliability and versatility.