This is the motorcycle used in the new Top Gun: Maverick 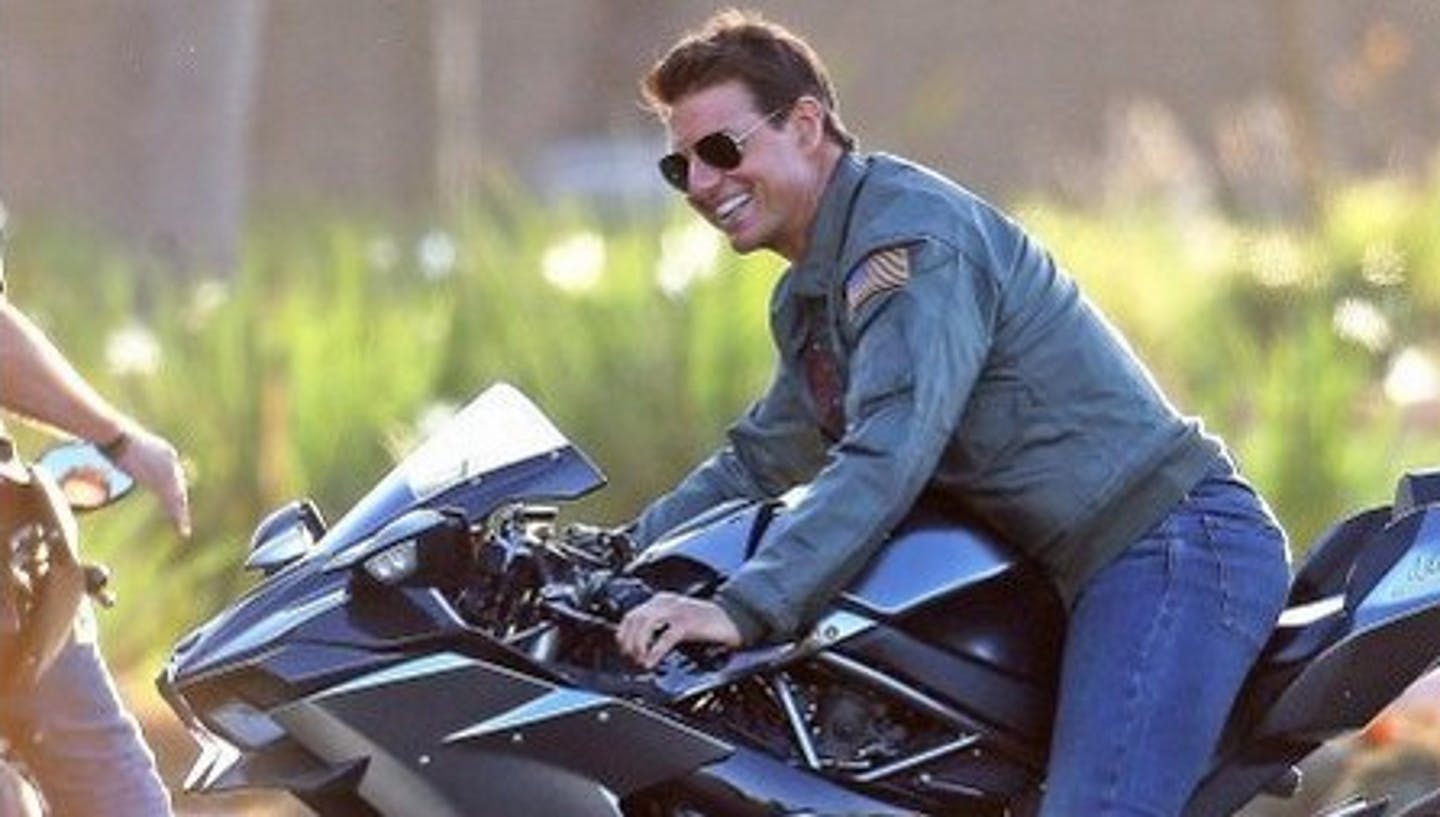 by Christopher Weston from https://www.hitc.com/

The eagerly-anticipated Top Gun sequel is shaping to be something spectacular.

The new Top Gun: Maverick trailer has fans pumped and wanting a motorcycle!

Tragically, director Tony Scott passed away back in 2012, but he left behind a surefire cinematic legacy. His greatest achievement arguably remains 1986’s Top Gun, yet he also gave audiences the likes of True Romance, Beverly Hills Cop II, Man On Fire, The Last Boy Scout, Enemy of the State and more.

There has long been talk of Tom Cruise’s Maverick returning to the big screen in an adrenaline-fuelled sequel. However, after the unfortunate departure of Scott, it looked incredibly slim.

Nevertheless, it’s clear the team strived to get the follow-up made, with Joseph Kosinski (Tron: Legacy) taking the helm of Top Gun: Maverick.

With new and familiar faces set to make an appearance, we simply cannot wite to dive into this one…

“His exploits… are legendary.”

The highly-anticipated Top Gun: Maverick is set to be one of the biggest Summer blockbusters of 2020 and the new trailer has given us a sweet taste of what to expect.

It’s packed with brilliantly shot and orchestrated aerial sequences – it is Top Gun after all!

The technology now at our disposal is clearly being utilised very well, with the film boasting a slick and glossy look, even when tracking some seriously impressive stuntwork.

All eyes are on Tom Cruise, which is a given, but with a film of this calibre, there is inevitable stress on the vehicles and machines which make it all possible…

Almost immediately, the motorcycle being ridden by Maverick at the start of the trailer has us attentive.

Look familiar? It should!

The motorcycle he’s riding is a Kawasaki Ninja GPZ900R, which he rode in the previous film in a race with a fighter plane. It’s one of the many throwbacks that features in the trailer, tugging on fans’ nostalgia.

However, it won’t be the only one we see him handle in the sequel. As highlighted by Fox News, one of the trailers also treated audiences to a homage to the 1986 film, with Tom Cruise and co-star Jennifer Connelly riding on a $32,500 Kawasaki Ninja H2 Carbon.

The shot is a recreation of one featuring Tom and previous co-star Kelly McGillis, who will not be returning. It’s all a trip down memory lane!

Excitingly, the same source notes that Kawasaki markets the vehicle as the most powerful supercharged production motorcycle in the world. So, Maverick’s need for speed sure is in check.

One viewer joked: “I’ve seen two trailers for Top Gun 2 and I know nothing about the plot except Tom still likes planes and motorcycles,” while another similarly added: “Reaction to Top Gun trailer: People with AARP memberships need to wear helmets on motorcycles!”

We look forward to seeing this one land!