Harley-Davidson Mantis Is a Great Slice of American Garage Magic 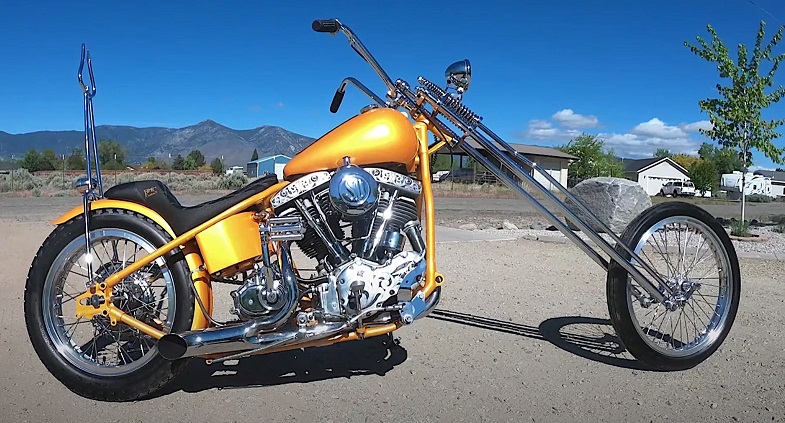 There’s no actual statistic on how many garages attached to homes are in the States. A report called American Housing Survey claimed that in 2015 about 63 percent of all occupied housing units have a garage or carport, so that would mean a lot. And in a great deal of such garages, magic of one type or another happens.

Of particular interest for us is the magic that has to do with motorized vehicles, no matter the number of wheels, wings, or whatever. The magic that ends up in things like this here Harley-Davidson Mantis being created.

The bike is about three years old, and if it hadn’t been for Harley-Davidson’s The No Show online event, we probably wouldn’t have found out about it. The Youtube series took place earlier this year and brought to light the creations of 60 builders from 10 countries, works that would otherwise have not been shown anywhere this troubled year.

The Mantis is one of them. It is the creation of a Nevada man by the name Josh Sheehan. It was literally built, like many other great American things, in a garage (he likes to call that a shop). It started life as a 1968 Shovelhead and, as the first bike of the builder, it managed to push him at the forefront of the custom motorcycle circuit.

Sheehan doesn’t give too many details on the changes made to the bike (watch the video below for more), but the visual upgrades that make the Mantis stand out are more than obvious. From the light orange on the tank and rear fender, to the wheels (21-inch front and 18-inch rear) and the hand-engraved rocker boxes and cam cover, the entire build is a testimony to how good-old fashioned imagination, a correct set of tools, and an unassuming garage can make the magic happen.