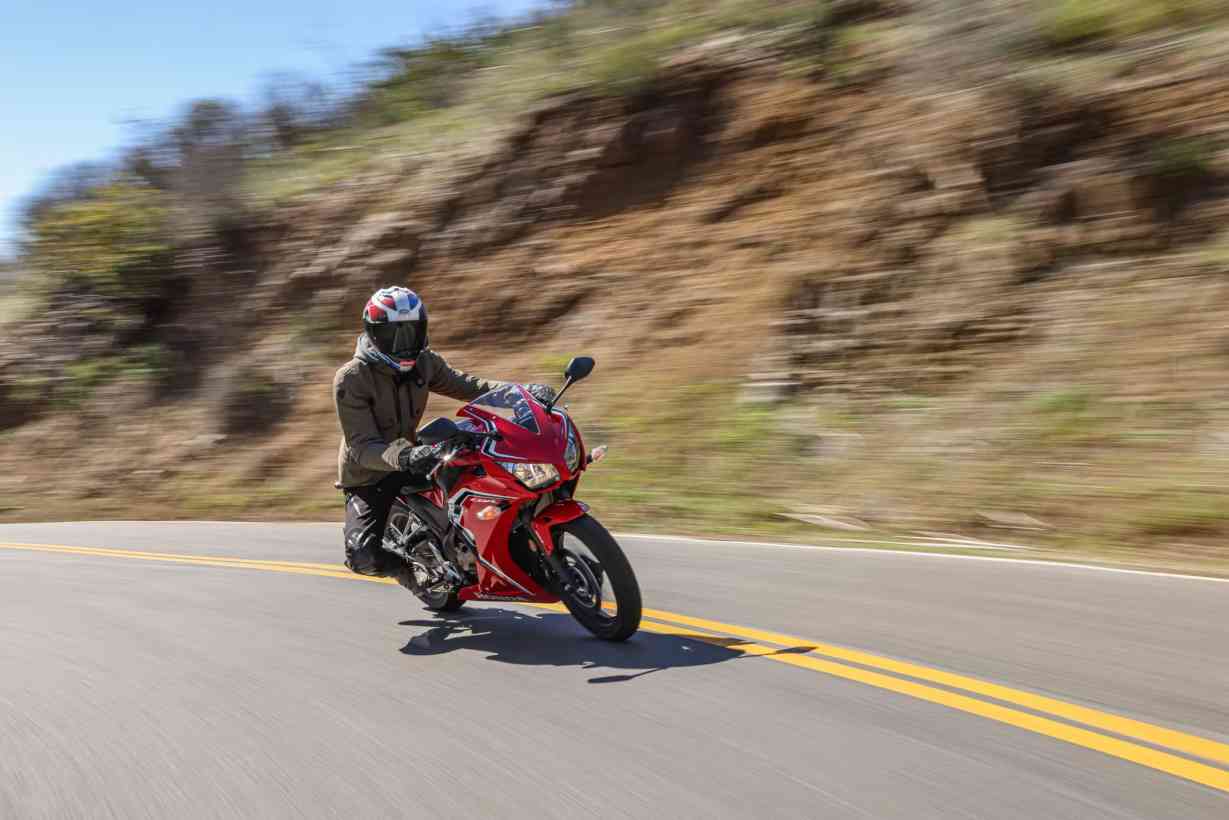 by Kyle Smith from https://www.hagerty.com/

Picture this: You’re hanging around the Rock Store at the top of Mulholland Highway with your rental Camry the day before you fly home. The leather-clad crowd around praises the virtues of the GSXR600 chassis and the electronics package on the R1 for what seems like hours before a voice from the ether comes down and declares that, in fact, all of that sucks. Instead the holy follow the real truth of Slow Bike Fast.

This truly enlightened rider who belongs to that voice is astride a miniscule machine that looks like a sportbike that stayed in the dryer just a bit too long and has an exhaust note like a mix of an old enduro machine and the Singer your mom used to repair your jeans way back when. Is this person insane or a prophet? There’s only one way to say for sure. I took the Honda CBR300R out for a week of playing in the canyons alongside some high-horsepower (and highly capable) machines to see if it truly held up.

This 250cc-400cc market segment is now a packed class, with the KTM RC390, Yamaha R3, Kawasaki Ninja 400, and Suzuki GSX250R all competing for both attention from new riders and track rats alike. That is two very different subsets of buyers but it all boils down to similar wants and desires: Reliability, approachability, and fun factor.

Honda comes right out and calls the 300 a commuter machine in some of its press materials. It is an evolution of the CBR250R which lived from 2011 to 2015, after which the engine was upsized to the current 286cc. The non-ABS equipped model comes in at $4,899 plus $600 in destination and freight charges. Add in the well-tuned ABS, as seen on our test bike, and the price rises to just $5,099. Either trim can be had in grand prix red or matte gray metallic.

The engine is not the main reason I would recommend this bike though. It’s the chassis that gives the baby CBR the most fun character. A scant 30” seat height is the first thing that stood out when I threw my leg over the bike for the first time. My 32” inseam means that I am rarely bothered by seat heights, but the CBR’s lower seat combined with the narrowness of the chassis to feel playful to me. Riding through twists and turns was an absolute delight. 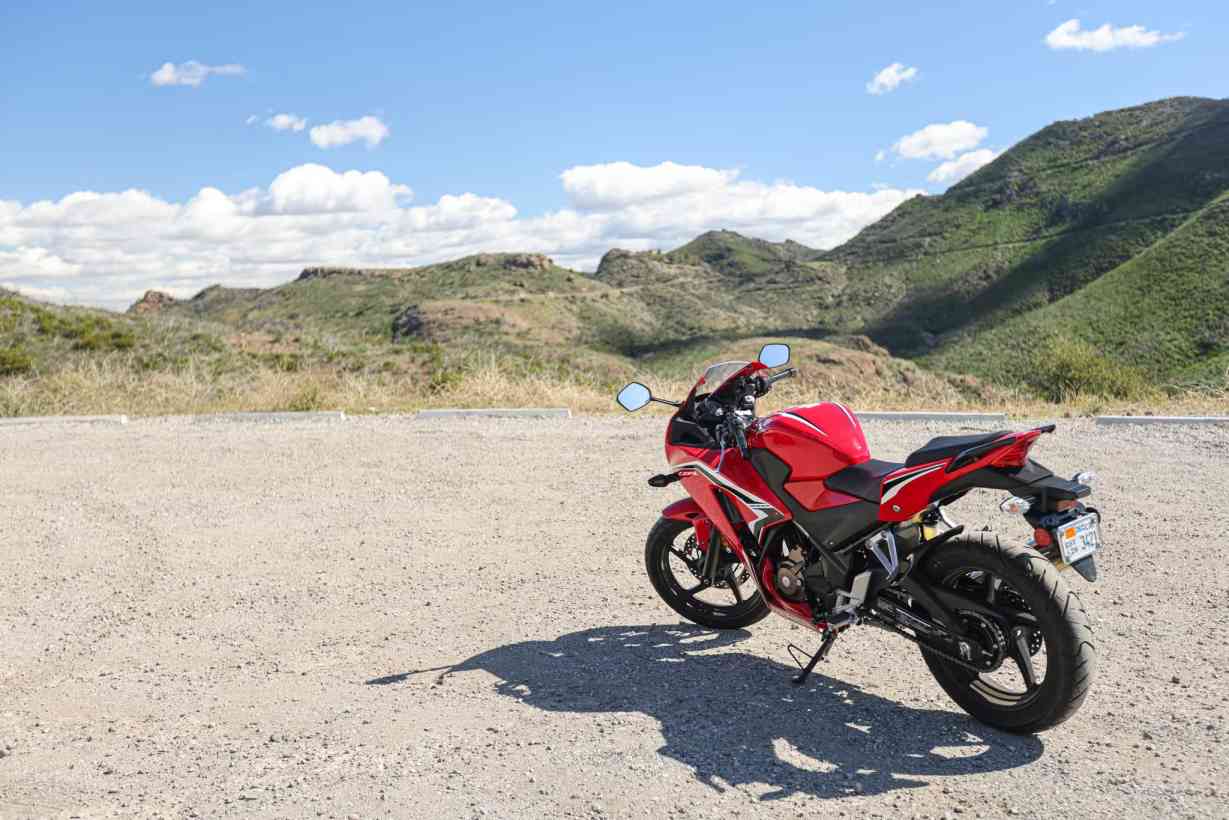 Straight line speed was not astonishing, but the Honda still moved quickly enough to be safe and fun. Unfortunately, those canyon roads were a place the CBR’s suspension really showed its pricepoint and intended use case. The fork is sprung on the soft side and the rear begs for more rebound damping.

The dash consists of a simple analog sweep tachometer and LCD display for speed, distance, and other necessary measurements. Simple and functional. A cable-pull clutch and hydraulic front brake round out the rider touchpoints.

The ready-to-ride weight comes in at just 354 pounds and it very much feels like it. The single front brake measures just 296mm diameter, with 220mm rear disc and the combination has no problem slowing the CBR. The ABS threshold is fairly high, as we had to work to get it to intervene but it cycled quickly and consistently once engaged.

(Editor’s note: I think the 320cc Yamaha R3, which I’ve ridden quite a bit, feels even lighter on its feet — Jack Baruth)

The CBR is a delight to ride just about everywhere. The only place it fell short was highway riding. Honda claims a top speed just shy of 100mph, but 70mph felt busy on the little machine and the tach needle fluttered in the top third of its range. Will it do it? Yes. If that is your main use though, the larger CBR500R is likely a better fit.

Once off the superslab we had no trouble racking up miles on the comfortable seat. The bike just was not tiring to ride like most small-displacement bikes tend to be.

It’s also one that veteran riders will find playful to ride–this is the core of “Slow Bike Fast.”

The little CBR is not the perfect motorcycle, but it is a great second (or third) bike; delightful to ride, and once you have one you will likely find yourself reaching for its keys more than you would think.