Ultimate Sportster Tech of the Day 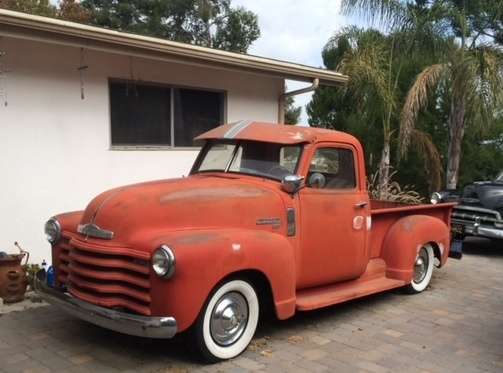 A brother from Long Beach, California can’t leave his 1950 Chevy truck alone and somehow it involved a Sportster gas tank. On top of that he’s been helping other Sportster riders with their clutch lever pull problems.

Recently, Jeremiah challenged Zack to a race on Anaheim Boulevard near the Port of Los Angeles.

At 68 years of age Zack found himself flying at over 100 mph in his Mini-Cooper S, the last year with a factory Supercharger, on a boulevard packed with semis and potholes next to the richest harbor in the country.

He beat the younger man’s silver Dyna, and fortunately the cops in Long Beach can’t ticket him.

CLICK HERE To Read this Photo Feature Adventure only on Bikernet.com 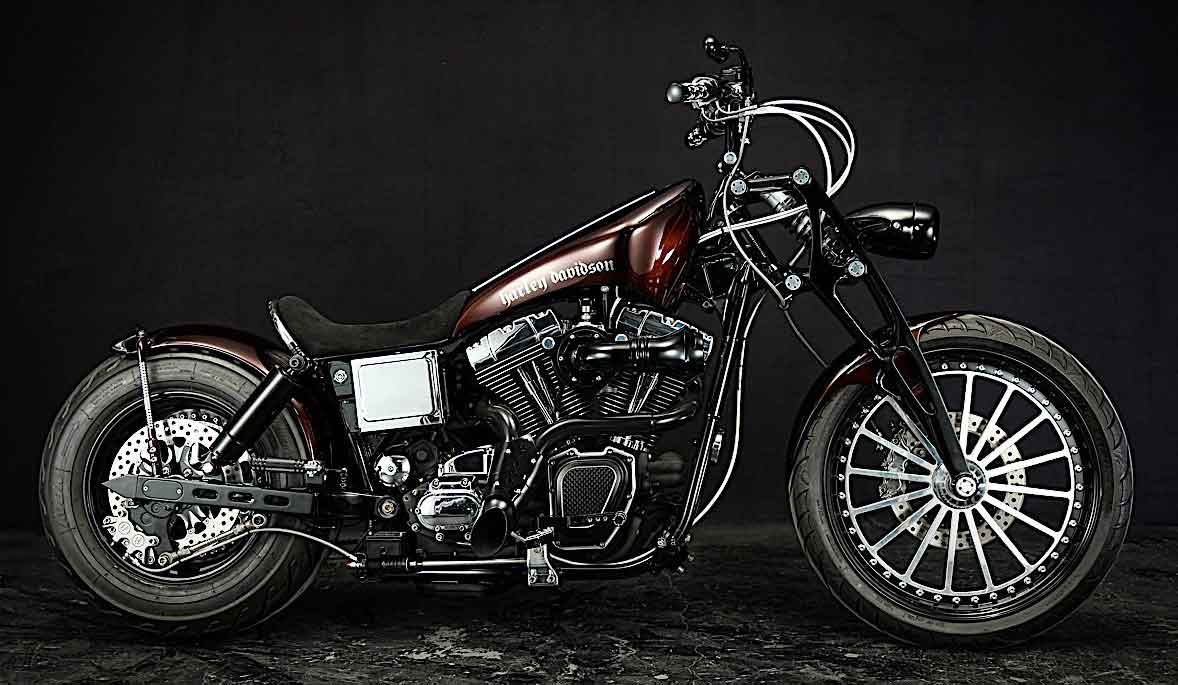 There are countless customized Harley-Davidson motorcycles out there, spread across almost a century and the many bike families the Milwaukee company has been making. But if there’s one bike that could probably be worthy of more exposure on the custom motorcycle scene, then that’s the Dyna.

Born in the 1990s as a new platform for the Evolution engine, the family was around for about two decades, being pushed aside in 2018 when the new line of Softails came onto the scene.

So yes, we’re talking about a rather new machine, and that could explain why shops are not all that crazy about it yet. Then again, the V-Rods are rather new as well, and we get plenty of those, especially from over in Europe, so who knows.

If there is one shop that likes Dynas more than others, that’s Bad Land. Coming from the Land of the Rising Sun, Japan, Bad Land is one of the most active custom motorcycle garages on the market.

The Dyna you’re looking at now was shown back in 2019. It’s official name is Hermosa x dios, and it has nothing to do Spain. The name was probably chosen for impact, given how hermosa is Spanish for beautiful, and dios stands for god.

The bike is radically different from stock, and you get a sense of that as soon as it comes into view. There’s a huge 21-inch tire up front, wearing a slim tire, and a tiny-by-comparison 15-inch one at the rear, though wearing a massive 230 wide tire that makes all the difference between the two irrelevant.

Put together with the same attention to detail Bad Land has gotten us used to by now, the Dyna packs a wealth of other custom parts, including a new fork, headlight, front fender, fuel tank, rear fender, exhaust, swingarm, and seat, all created in the Japanese shop.

Bad Land does not say how much the Harley-Davidson Hermosa x dios cost to make.

See Full Details of this Custom Dyna at https://www.badland.net/hd-custom/hermosa-x-dios/ 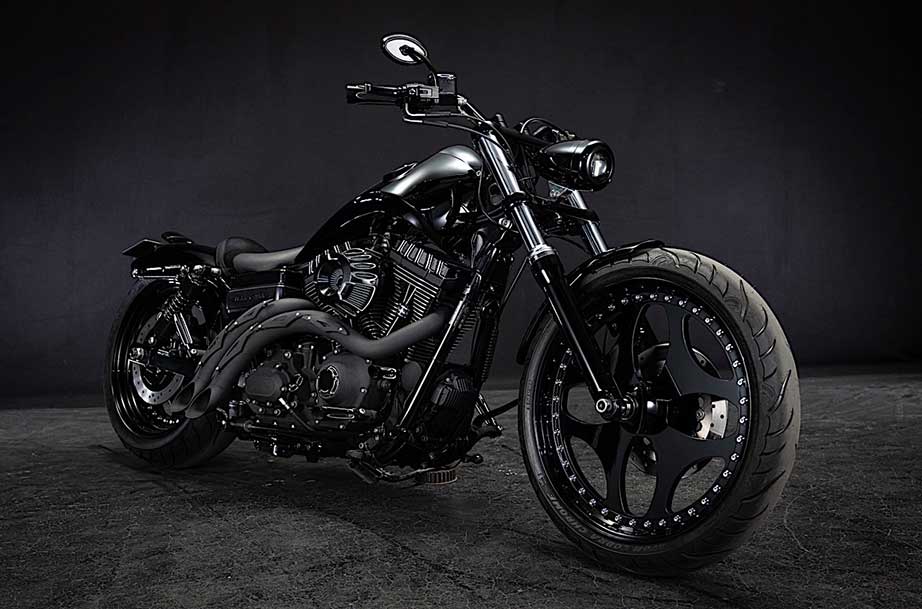