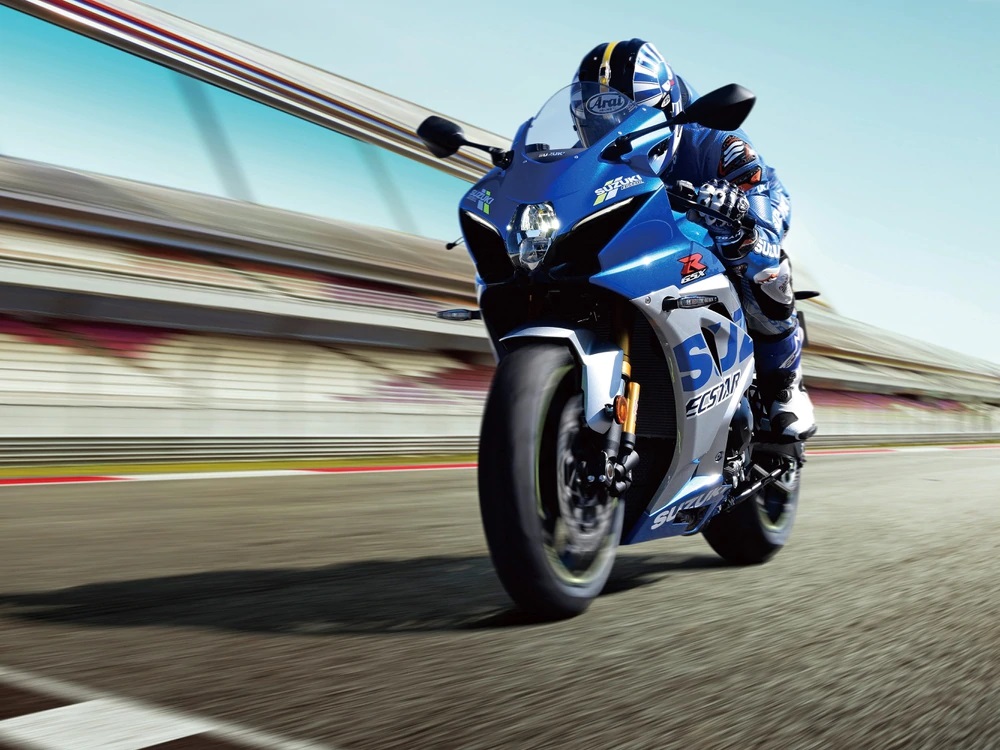 Special model is limited to just 100 units in the UK.

Suzuki is marking its 100th anniversary with the introduction of a new limited-edition GSX-R1000R.

Limited to just 100 units in the UK, the special-edition models boasts a retro-inspired paint job, which harks back to the firm’s race bikes from the 1960s. It’s the same as the one worn by the GSX-RR MotoGP motorcycle, too.

Jonathan Martin, Suzuki GB’s head of motorcycles, said: “With just 100 of these bikes available in the UK this is a unique opportunity to own and be a part of Suzuki history. The GSX-R range, and the 1000 in particular, has long been the flagship range of sportsbikes with an illustrious history both on road and on the race tra ck.

“To mark 100 years of our Suzuki company it was only fitting to adopt the retro-inspired livery of bikes that have achieved and contributed so much to our history.”

It uses the same 999cc, 199bhp engine as you’ll find in the standard production model, but also benefits from 10 traction control modes which give riders a variety of different settings to choose between. It’s joined by a quickshifter, launch control and autoblipper in a long list of standard equipment.

It also shares the same variable valve timing system as the GP racer, which helps to boost both power and torque. A lean angle-sensitive ABS system is fitted as standard to further improve cornering performance.