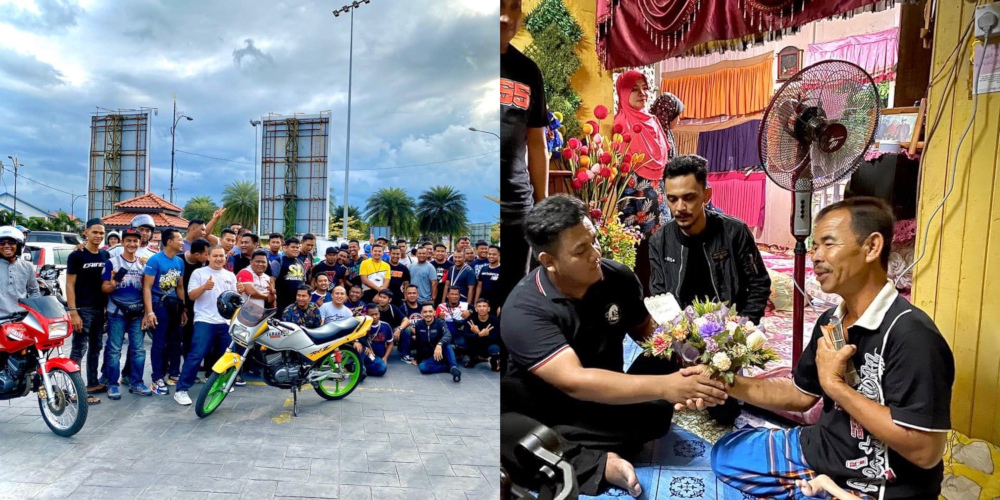 by TAN MEI ZI from https://www.malaymail.com

They may look like rebels but a group of Malaysian motorcyclists proved that they have hearts of gold after helping a single father and his special needs children.

In a Facebook post, Geng Motorsport member Aresif Pok Are shared how the group collected donations totalling RM25,140 for Mohd Zain Abdullah, whose three children are living with cerebral palsy.

Mohd Zain gave up his job to look after them after his wife passed away from breast cancer in 2016, Berita Harian reported.

When he returned to work, the Kelantanese father-of-seven could only take up a job as a carpenter near his house as he needed to commute back home frequently to attend to his children’s needs.

Mohd Zain’s 21-year-old son also had to put off work to help care for his younger siblings who require assistance with everyday tasks such as bathing and eating.

The family’s story of hardship caught the attention of Geng Motorsport after it made the rounds on social media and WhatsApp groups.

Made up of motorcycle clubs from Kelantan and Terengganu, the Geng Motorsport members banded together to ride to Mohd Zain’s residence in Kampung Kok Keli to present him with a monetary gift to ease his burdens.

The group’s spokesperson Ardy Datok Agos added that it was the biggest donation the group has ever collected throughout their history of charitable deeds, according to KitaReporters.

Aresif said they continued to receive financial aid for Mohd Zain even up until the last minute.

“Thank you to everyone who donated, even up until the last second there were still people who wanted to contribute.

“The struggles faced by Mohd Zain truly touched our hearts and we pray that he remains strong and under God’s care always,” wrote Aresif.