World’s Fastest Electric Motorcycle Upgraded, to Break Its Own Records 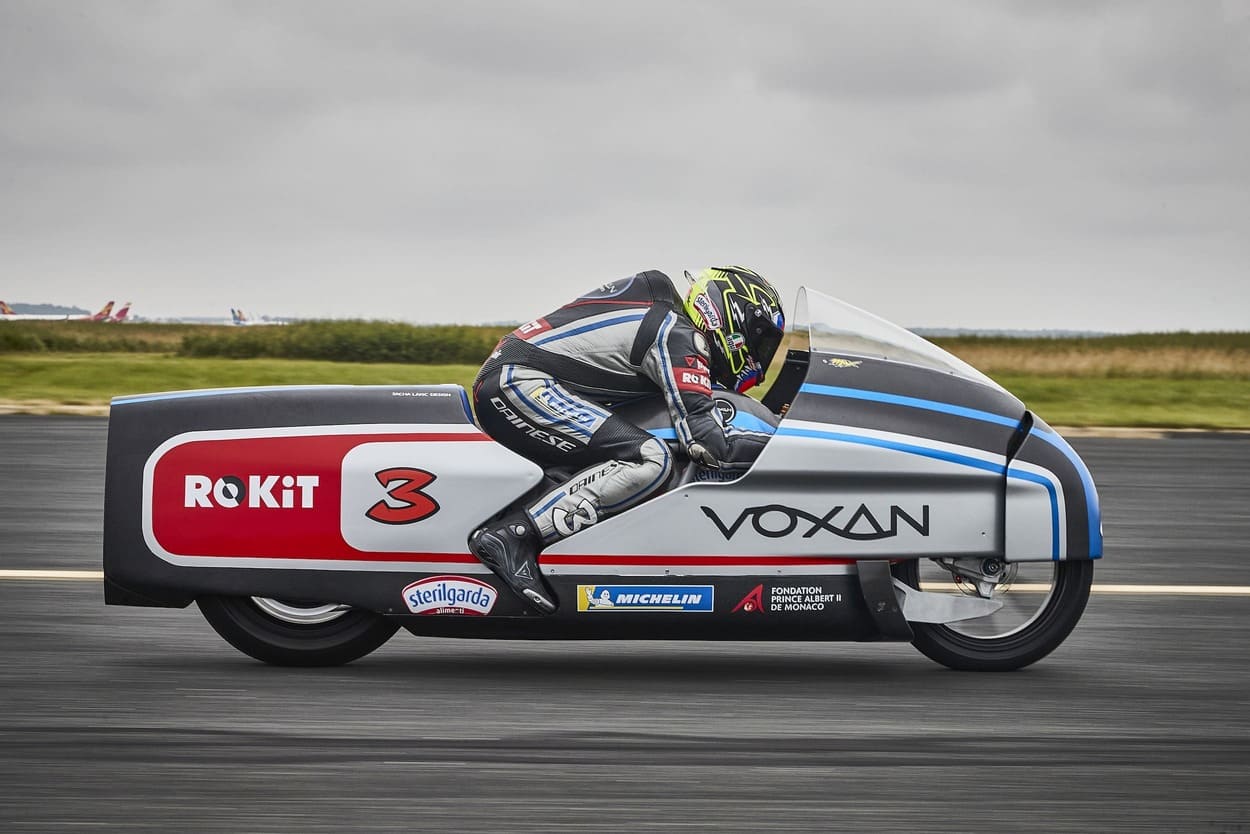 World’s Fastest Electric Motorcycle Has Been Upgraded, Wants to Break Its Own Records
from https://www.autoevolution.com by Cristina Mircea

The fastest electric motorcycle in the world aims to become even faster. Voxan recently unveiled its new and improved Wattman.

Venturi-owned electric motorcycle brand Voxan designed the Wattman with one goal in mind: to set new world speed records. The bike was initially supposed to prove its abilities on the biggest salt flat on Earth, in Bolivia. However, the global health crisis changed everyone’s plans, and the Wattman had to settle for breaking 11 world speed records on the runway at the Chateauroux airfield in France. Nevertheless, it achieved an incredible speed of 408 kph (253.5 mph), with world champion Max Biaggi at the helm.

But that was in the fall of 2020, and Voxan knows there’s always room for improvement. That is why the company announced a new version of the Wattman, which has just kicked off its first ultra-high-speed tests at Space Florida’s Launch and Landing Facility (Kennedy Space Center), one of the longest runways in the world, with a length of 15,000 ft (4.5 km).

Voxan brought some significant upgrades to the new Wattman in terms of weight, stability, and power. This new version weighs under 300 kg (661 lb), allowing it to compete in a new category. Voxan used a new battery design for its latest bike, both mechanical and electric, created in partnership with French manufacturer Saft.

Stability has been improved with the new Wattman, as the modified motorcycle now features an increased wheelbase of 1,957 mm (77 in) from 1,800 mm (70.8 in) with the previous version. The seat height has also been increased from 610 mm (24 in) to 685 mm (26.9 in). Voxan equipped the bike with custom-designed Michelin tires tailored to endure extremely high speeds.

If everything goes according to schedule, the new Wattman will once again attempt to break its own records within the first six months of 2022. 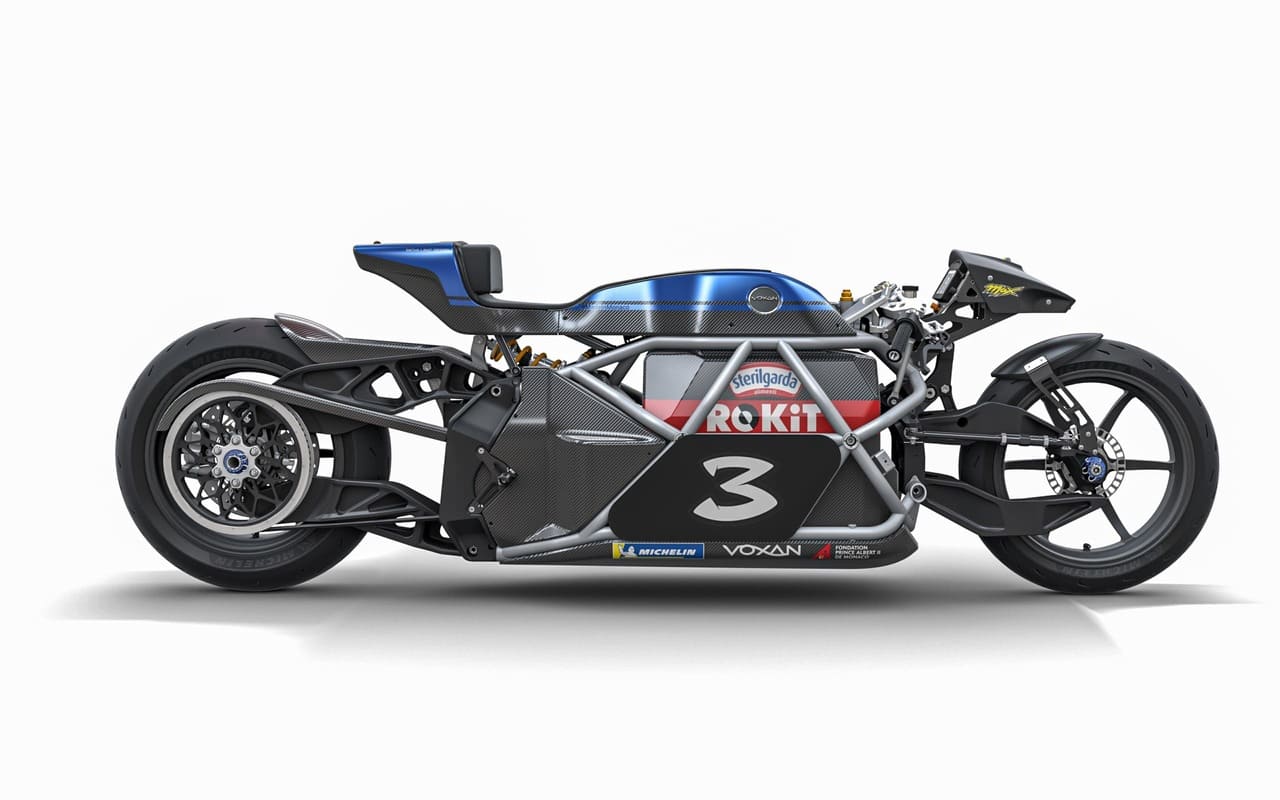 Closer to the stars
The Voxan Wattman was initially due to make its attempts on a Bolivian salt flat in July 2020, but the pandemic made travel impossible, and so it was on the runway at the Châteauroux airfield in France that the team broke 11 world speed records a year ago.

Asphalt proved to be an interesting surface, so the Wattman – modified accordingly – will continue its schedule on another strip. This time, the venue will be the Space Florida’s Launch and Landing Facility at the Kennedy Space Center (Florida, USA), where, from Monday 15 November, the first ultra-high-speed tests will get underway.

Weight – stability – power
The Wattman is now under 300 kilos in weight, allowing it to compete in this category. The weight difference is primarily down to a new Voxan-Saft battery design, which is both mechanical and electric. Saft, the French subsidiary of TotalEnergies, specialises particularly in high-performance, very high-power batteries. The pouch cells used make it possible to increase the batteries’ power by nearly 80 times, compared with around 10 times for standard products on the market. They are assembled in modules, enabling cooling to be managed with a recently patented process, resulting in an ultra-compact construction.

The bike continues to rely on the Mercedes EQ Formula E powertrain, which delivers power of 320 kW (compared with 270 kW for the previous version) and offers torque of 1,360 Nm.

Other notable differences compared with the previous Wattman include the motorcycle’s dimensions: to improve stability and air penetration, the wheelbase has been increased to 1,957 mm (from 1,800 mm previously) and the seat height is now 685 mm (up from 610 mm). In the event of significant crosswinds, the team will now have the flexibility to add a fairing that cuts wind resistance.

As for the tyres, longstanding partner Michelin has worked on designs specifically tailored to this challenge. The front 120/70-17 is a tyre from the MICHELIN Power GP range, which has been modified to tolerate extremely high speeds. For the rear 190/55-17, Michelin has relied on technology that has been proven in MotoGP to develop a tyre with improved grip. The challenge was to channel all of the extraordinary torque delivered by the Wattman’s electric engine, allowing the motorcycle to accelerate as fast as possible without skidding.

Once the new Wattman is ready, further world record attempts will be made – certainly within the first six months of 2022. As they did last year, Max Biaggi and Voxan will seek to beat the clock with two types of motorcycles in two separate categories: “partially streamlined” (traditional sports bike) and “naked” (roadster with no streamlined elements).