BMW F900 R review: Nothing like a naked roadster on a freezing day 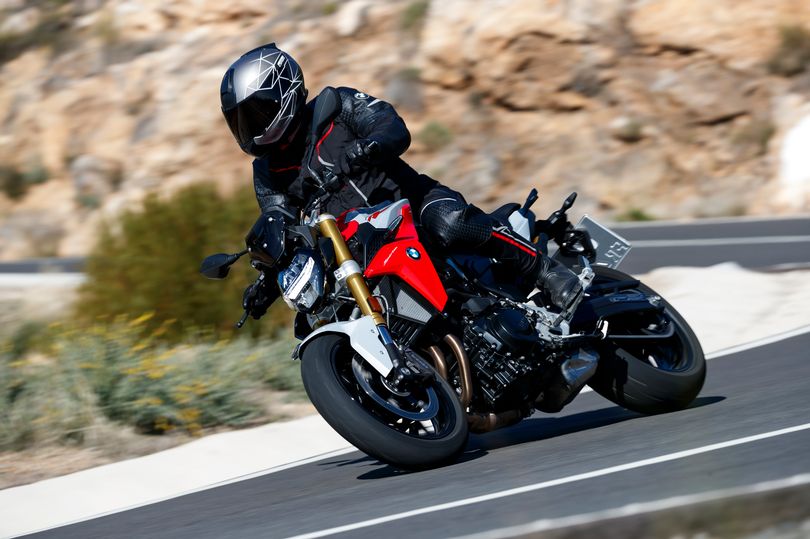 Starring in his own remake of Freezy Rider, our man Hill tackles the elements to see if the Beemer has what it takes in the tough middleweight sector and finds it’s close, but not quite a cigar

It was freezing, raining and blowing a gale – and I was on a bike with zero miles and new tyres.

Perfect conditions, then, for pushing the limits of the Bavarian firm’s naked roadster whose mission, should it choose to accept it, was to give a good spanking to Triumph’s new Tiger 900 and the established and very popular Yamaha MT-09.

“Mmmm. I’d start in Rain mode if I was you,” said Ian at the dealership, slapping me cheerily on the back and going back to his nice warm office, the swine.

Oh well, I was obviously being punished after getting home from back to back launches in southern Spain and Morocco, and at least first impressions of the Beemer were good – compact but comfortable riding position, tilting you forward in a mildly sporty fashion on to the bars to give you a view of decent mirrors and a fairly simple but informative TFT screen.

A quick toggle of the Mode button through Road, Dynamic and Dynamic Pro into Rain, another toggle of the Electronic Suspension Adjustment to solo rider with luggage to take account of the fact that I’m heavier than the average ride, three presses of the heated grips button to get them up to the maximum setting – and I was off.

The fuelling at low revs was slightly snatchy and acceleration in Rain mode was a stately affair, and was never going to set my pants on fire, particularly since they were now soggy anyway.

Why BMW designs very expensive suits with the waterproof lining on the inside is a mystery to me. I wore one for a round-the-world trip and, in heavy rain, everything in the outside pockets got soaked.

Good points so far – the quickshifter on the SE model I was riding was perfect, snicking seamlessly through the six-speed box both up and down, and handling was light and neutral, although I was still taking it relatively gently on those shiny new tyres, even though with traction control, I was unlikely to come a serious cropper.

With Brembos and big twin discs up front, stopping was linear and progressive, with cornering ABS on the SE model to give me a nice warm feeling of safety.

Oh, wait, that nice warm feeling wasn’t the ABS – it was the heated grips, which were so good that even in the sub-zero temperatures, my pinkies were in danger of bursting into flames and I had to wind them back to the 2 setting.

Right, that was it – I was bored with Rain mode, and the roads were drying out a bit anyway, so it was toggle time again, to Road mode, and while I was at, changing the suspension mode from Road to Dynamic.

That was more like it – progress became satisfyingly swift, accompanied by a meaty rasp from the exhaust and, with the bike hunkered down and firmed up, it flung itself into corners with a nice combination of enthusiasm and precision.

Things got even better in Dynamic mode and I think once the tyres were scrubbed in, I’d leave it in that all the time and use Road if it was raining.

On the base model, you only get Rain and Road riding modes, sadly, and no Electronic Suspension Adjustment.

The verdict? The Yamaha MT-09 is more powerful and aggressive, but the BMW makes peak power and torque at lower revs. It’s also cheaper and has more tech, including the electronically adjustable suspension, which makes it more user-friendly and a slightly plusher ride, and with BMW luggage attached, more suitable for touring.