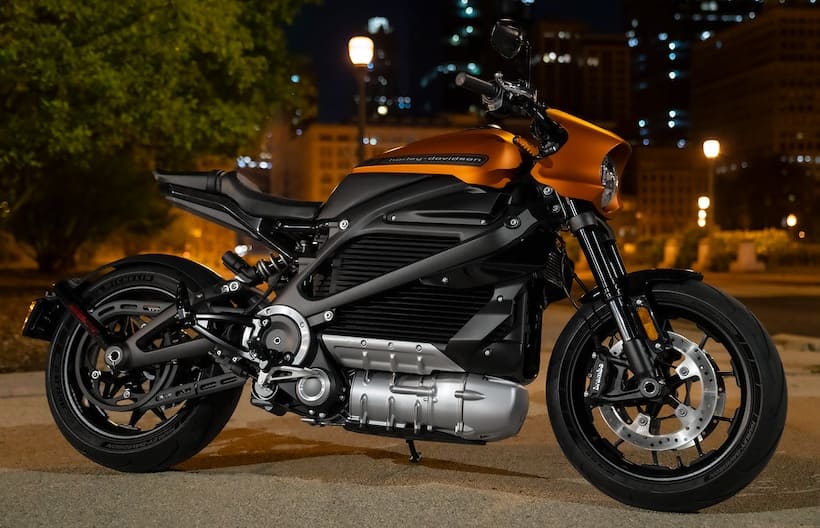 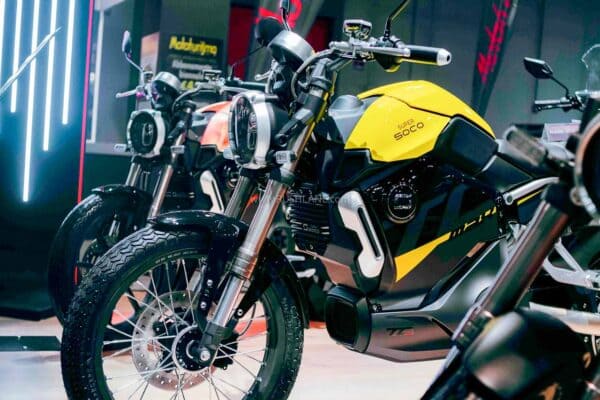 from https://www.rushlane.com/ by Satya Singh

Currently focused on European and US markets, Vmoto Soco Group will eventually expand its footprint globally.

The company has set ambitious plans to emerge as one of the leading brands in e-mobility. Towards that end, Vmoto Soco spent some busy days at 2021 EICMA, where a number of new electric vehicles were showcased.

Two of these are Super Soco TS Street Hunter, which seeks inspiration from the naked streetfighter design format. The other one is TCMax retro motorcycle. 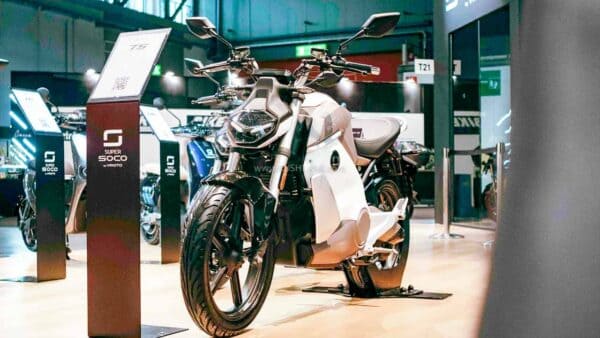 It is likely that TS Street Hunter will be borrowing several of its features from existing TS motorcycles. There could be slight variations or tweaks in line with the bike’s sportier profile. Things like an all-LED lighting setup and full-digital instrument console are apparent.

Instrument console used on TS 2021 displays a range of information such as battery status, real-time speed, odometer, full range, air temperature, clock and riding map. The screen has minimalistic black lettering against a light grey background, which should work well in terms of visibility in both bright and dark conditions. Any fancy stuff appears to have been intentionally avoided to save battery power.

Another notable feature is racing-style side wings. These not only work to enhance the bike’s looks, but also ensure better cooling and improved stability at high speed. Like other TS bikes, TS Street Hunter could get ample storage space. This will make it more practical for everyday use.

Charging time will be more in case of dual-battery setup. Battery packs are located at a lower height, which improves the bike’s handling and balance. The battery system comes with features such as battery balancer, temperature protection and short circuit protection. It is likely that Super Soco TS Street Hunter will be equipped with connectivity platform. It could get features such as remote access, keyless start, and anti-theft alarm. 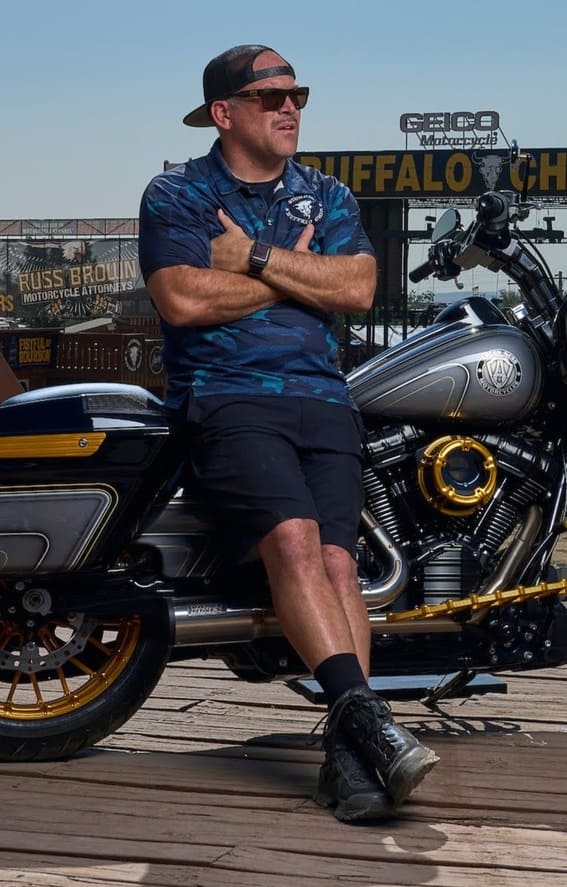 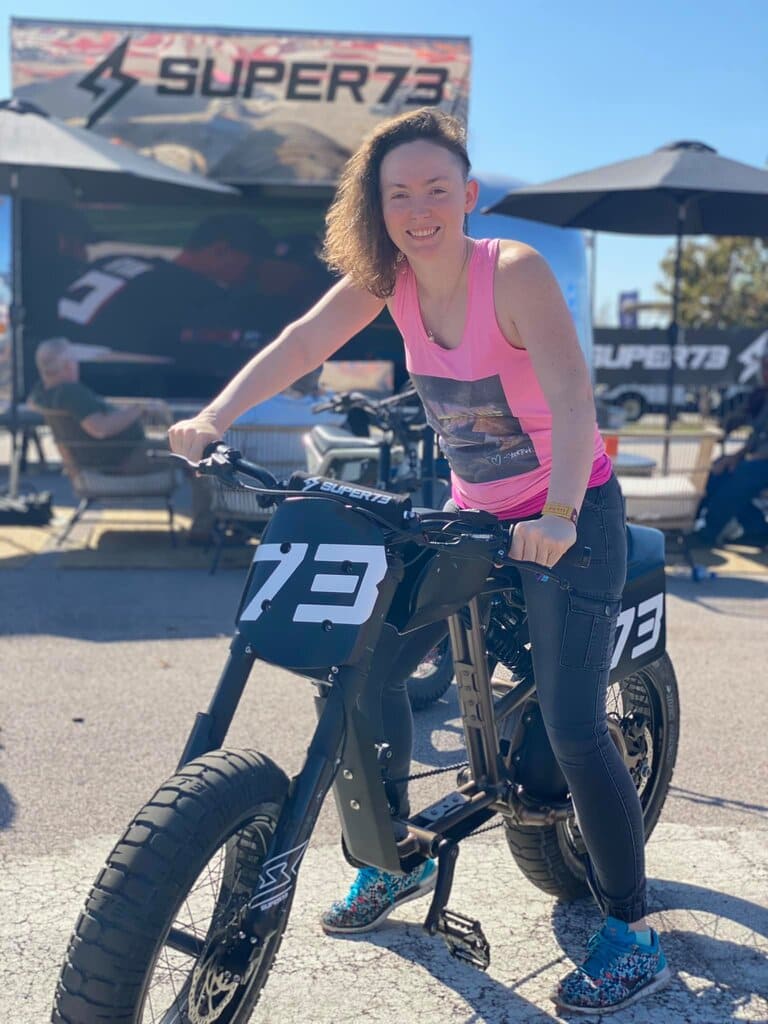 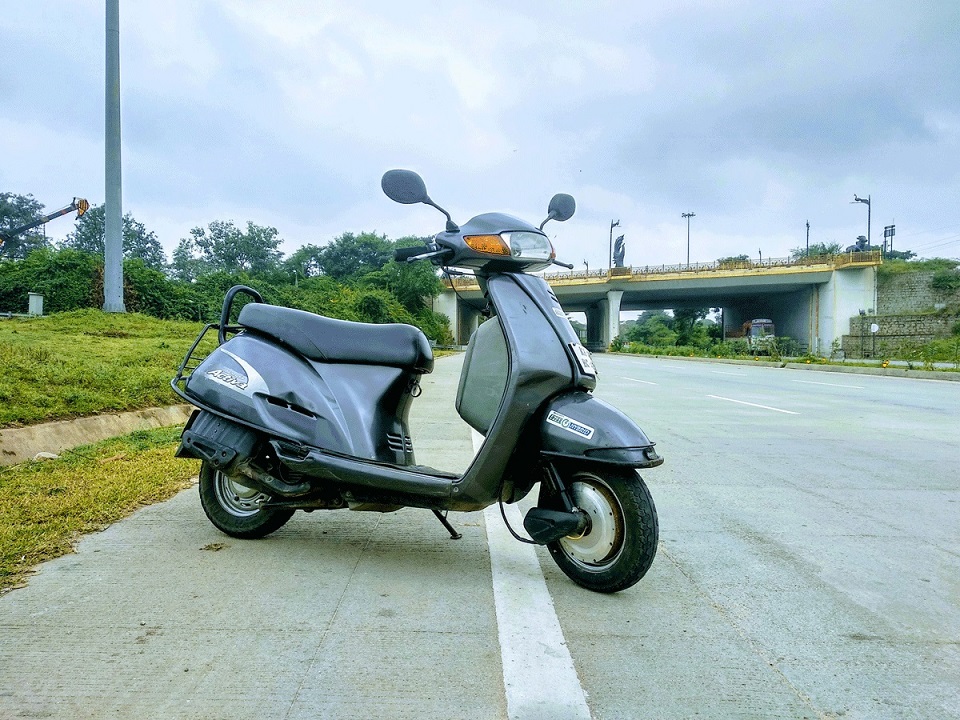 As the automobile sector in the country prepares to embrace electric mobility with open arms, there are significant challenges to overcome. Meladath Auto Components offers a middle ground service of converting your regular automobile to a hybrid electric one.

The recent air pollution crisis in the capital city caused an inevitable hullabaloo in the region leading to the announcement of a public health emergency by the government.

The clamour to tackle air pollution in India and across the world largely center around getting more electric vehicles on our roads and limit the use of vehicles powered by internal combustion.

However, a rapid transition to electric vehicles in a country of 1.3 billion people is not a feasible option. The move is likely to cause a huge dent in the automotive industry and will leave massive amounts of vehicle waste.

Seeking an easier solution to accelerate adoption of electric vehicles with comparatively lower consequences, Rakesh Meladath Karunakaran along with his wife Winnie Gangadharan formed Meladath Auto Components in 2016, which can convert your regular petrol scooter into an electric hybrid scooter.

We are in an era where most mobility solutions are driven by fossil fuel, be it petrol or diesel. With the world looking at alternative fuels, electric vehicles are often considered the panacea.

“The problem is not in adapting the electric mobility solution. The issue would be what to do with the existing mobility solutions running on fossil fuels on the roads today,” Karunakaran told ET.

The 39-year-old former Mahindra and Mahindra employee believes that migrating to e-mobility solutions will lead to the challenge of vehicle waste management.

Despite a slowdown, according to a report by the Society of Indian Automobile Manufacturers (SIAM), the first nine months of FY 2019 showed a 5% growth year-on-year among premium scooter sales at 49,80,326 units.

“Promoting EV sales with subsidies will also add to the other problem like increasing vehicle density on road without removing the existing vehicles. This will put tremendous pressure on the limited infrastructure and existing problem of traffic congestion,” he explained.

Bengaluru-based Meladath’s e-kit is a retrofittable conversion kit for petrol scooters. The kit, once fitted in a petrol scooter, turns the vehicle into an electric hybrid scooter. As the name says ‘hybrid’, the scooter can be driven in both- electric and petrol mode selectively.

Karunakaran explained that in electric mode, after one charge, the scooter can be driven upto 40 kms after which the rider can switch to the petrol mode.

Further, the kit can be adapted to a scooter without any modifications and is a job of a maximum 30 minutes. It is also reversible, which means the electric hybrid scooter can go back to being a petrol-only scooter without any welding or cutting or fabrication job.

“This feature will kill the range anxiety of the present buyers with unlimited range at disposal and no lead time to recharge the battery to continue commuting,” he said.

The kit is universal and can be suited for most scooters with 10-inch and 12-inch steel wheel. It includes a removable lithium battery which can be charged with domestic power socket or regular power plugs, therefore, preventing the need of a charging station or a charging port near vehicle parking.

According to the entrepreneur, the idea will have a significant impact towards a healthier environment. The idea has the potential to help achieve 15% reduction in Greenhouse gases (GHG) emissions, which will further enable the target achievement of Indian Government by 2020.

While the product is yet to be commercialized, the firm has registered their brand as ‘Ezee Hybrid’ and received over 30 dealership interest across PAN India, Karunakaran said.

Talking about entering international seas, he said, “We have the potential to deploy our Innovation in 11 countries of Southeast Asia like Brunei, Burma (Myanmar), Cambodia, Timor-Leste, Indonesia, Laos, Malaysia, the Philippines, Singapore, Thailand and Vietnam where the petrol scooters are widely used and most scooters are similar to the scooters available in Indian market.”

Dimitrov Krishnan, Vice President, India Business at VOLVO Construction Equipment India has been a mentor to Meladath since its early stages. “Karunakaran’s idea on electro mobility for the common man with the conversion kit for petrol scooters is an industry moving one and needs to be supported by all in the transportation ecosystem. The team deserves a good reward from the market for their innovation and I am sure it is just a matter of time when that happens,” Krishnan told ET.

Bootstrapped through personal savings and family money, Meladath received its first set of funds from ELEVATE 100, Karnataka government’s flagship initiative for startup development in the state, in May 2017. Among its mentors also include M Lakshminarayan, Chairman of the board, WABCO and Veerendra BK, MD, Lamda components.

Adding another feather in its hat, the firm was recently listed in one of the 15 winners of the Social Alpha Energy Challenge 2.0 by Tata Trusts.

Karunkaran said that the firm is now looking to deploy a pure electric scooter, which will be a Made in India product, as it is being built with ingenious power-train components such as Brushless DC (BLDC) electric motor, BLDC Motor controller, lithium battery pack, lithium battery charger and throttle.

“We are also working with the technology of charging the battery while the scooter is driven on petrol without hampering much on the petrol efficiency,” he added.