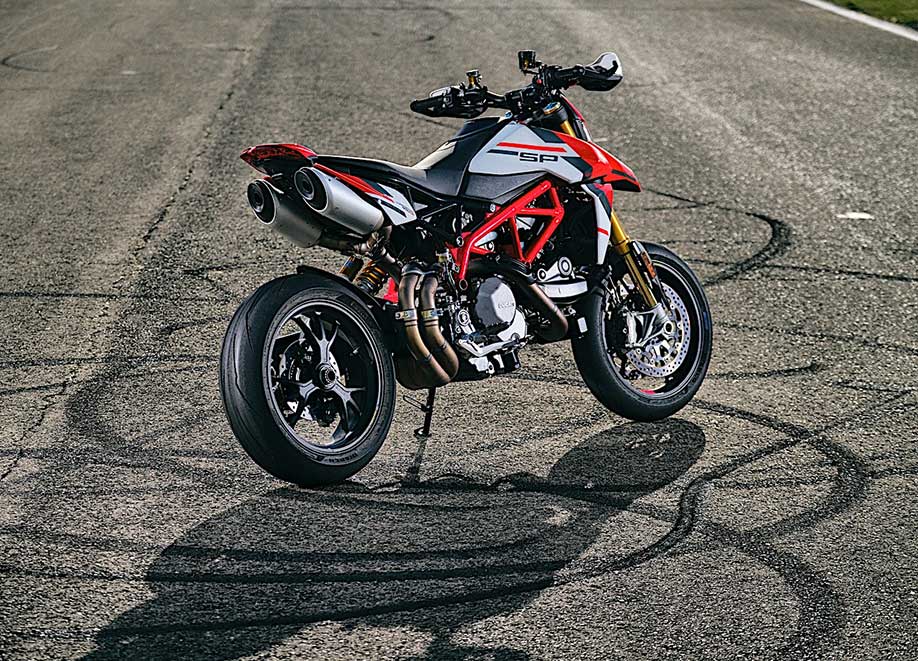 It seems to have been a busy week for motorcycle makers, as a number of them have released versions of some of their most sought-after products revised for the 2022 model year. The latest name to join the party is Ducati, which has just announced some changes for the Hypermotard line.

These changes are not all that extensive. First of all, the family continues to have three members, namely the 950, 950 RVE, and 950 SP. All continue to be powered by the same 937cc Ducati Testastretta 11° twin-cylinder engine as before, rated at 114 hp. All three models in the range now comply with the Euro 5 emissions standard, without that change taking its toll on output levels.

The difference is how the engine is worked through a revised gearbox that allows for easier shifts to neutral when the bikes are standing still. Ducati says the solution chosen for the gearbox is the same one already deployed on the Monster and SuperSport 950.

Just one member of the small family received a more comprehensive upgrade. Already at the head of the Hypermotard table, the SP is now gifted with a special livery meant to be reminiscent of the Italian bike maker’s involvement in MotoGP.

The elements that set it apart from the other two, Öhlins suspension with increased travel, Marchesini forged wheels and standard Ducati Quick Shift (DQS) Up and Down EVO, continue to be offered for the SP.

As for the other two, the 950 RVE continues to be offered in Graffiti livery, while the 950 comes in the usual Ducati Red.

Ducati says it has already begun producing the new Hypermotard motorcycles, and they should hit dealerships’ shelves next month. Pricing for the new models has not been announced yet.