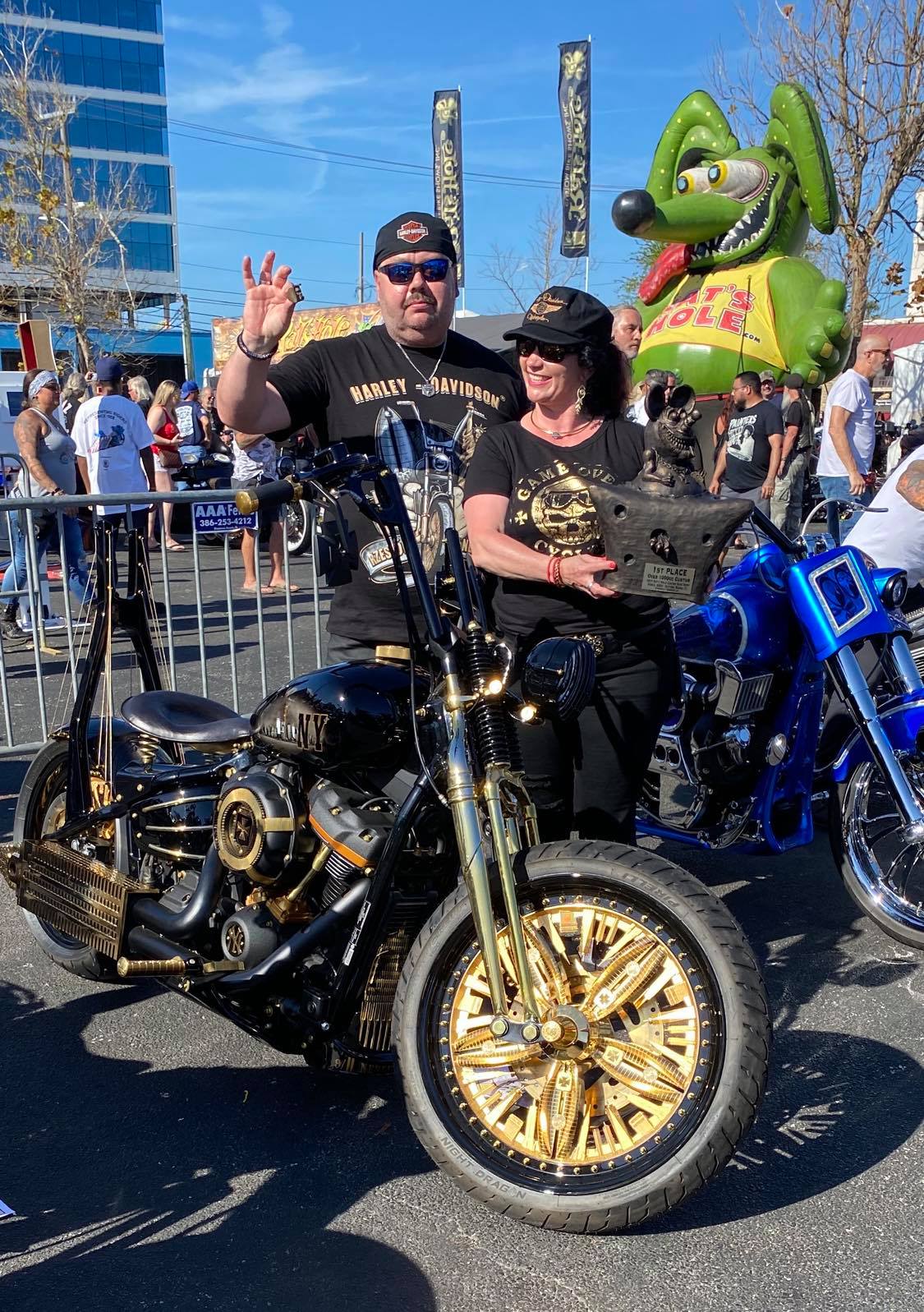 Last weekend in the USA during the Daytona Bike Week, the New York-Rzeszów motorcycle built by the Polish company Game Over Cycles took first place in the “Over 1000 cc Custom” category in the Rat’s Hole Custom Bike Show. The competition was held in Florida as part of Daytona Bike Week 2020, one of the largest motorcycle events in the world, which annually gathers about 500 000 people. Rats Hole is a very prestigious and the longest (since 1952) organized custom bike show in the world. The prize awarded to the Polish machine was received by Bobbi and Lucy Wawrzaszek, Poles living in the USA, who own the motorcycle and on whose order GOC made the vehicle.

The New York – Rzeszów Motorcycle, as it is fully named, is an extraordinary custom Harley-Davidson Street Bob inspired by New York and Polish city of Rzeszów. The bike was made for a Polish couple born in the Rzeszów region and currently living in New York. The machine is intended to express local patriotism of both homelands of the vehicle owners. This is manifested in the unique design of the motorcycle, which contains characteristics of the architecture of given city. These parts are not only elements of ornamentation, but also fully functional components of the motorcycle. The main elements of the construction containing the architecture of given city are:

Rzeszów:
– Revolutionary Act Monument – the most famous monument of the city placed in the middle of wheel among Manhattan buildings (covered with 24-carat gold)
– seat in the form of the Tadeusz Mazowiecki bridge – the largest bridge in the city. The bridge is imitated together with brass ropes attached to the fender while motorcycle’s direction indicators look like the warning lights located on the bridge
– air filter cover in the shape of city’s most known and characteristic footbridge with Rzeszów’s coat of arms in the center (covered with 24-carat gold)
– rear brake light and position light in the shape of the Rzeszów coat of arms
– tank paitning containing Rzeszów skyline

All construction elements are made of brass, steel and aluminum, while the wheels, exhaust pipe, clutch cover, timing cover, the front brake holder and wheels are additionally gold-plated.

The unveiling of the motorcycle took place in May 2019 in New York, in the premises of Harley-Davidson of New York City.