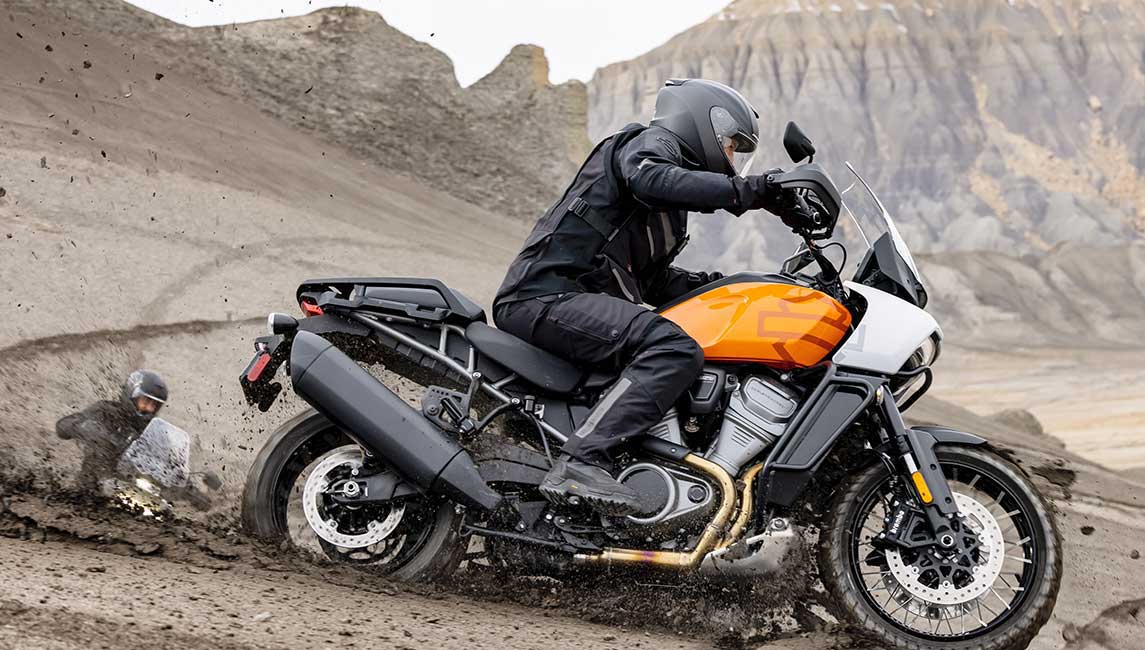 Harley-Davidson’s Pan America is arriving at hundreds of dealerships now.

Pan America’s launch was delayed a year. The company held a virtual launch event in February.

Kevin Duke, who writes about motorcycles, was impressed by his test ride of the new bike.

“The news about Harley for the past couple of years has been quite pessimistic,” said Duke, the editor in chief at Thunder Press in the New York Times article. “With the older demographic aging out, there was no real hint at what the company could do to gain market share, but this really changes it. The new motor is that good.”

The Milwaukee-based company has been trying to expand its customer base for years.

The company experienced a steep decline in sales during the COVID-19 pandemic. Motorcycle sales were up 9% worldwide for the company during its most recent fiscal quarter. That bump was driven by a 30% increase in North America motorcycle sales over the same three-month time period last year.