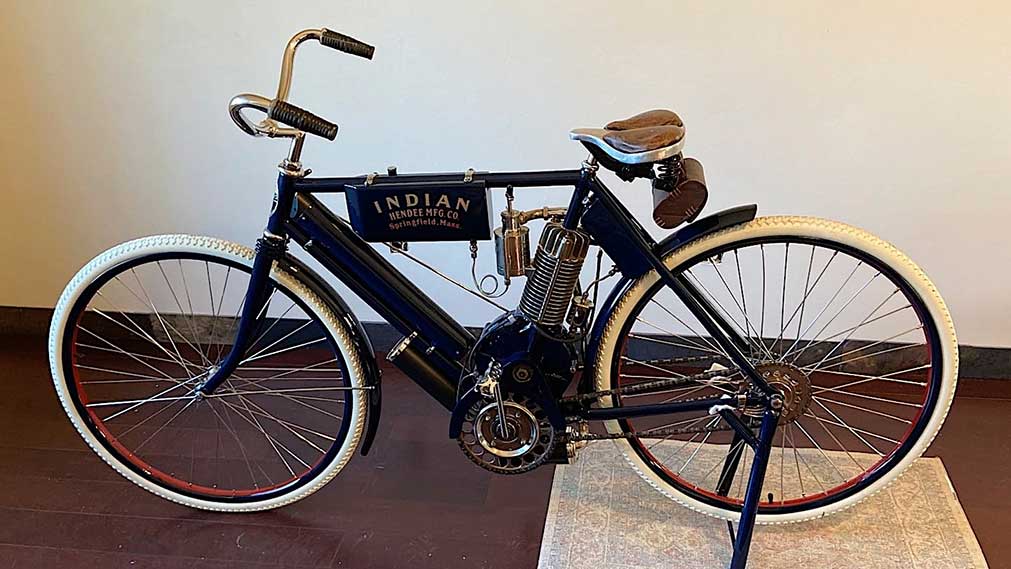 It’s been a hell of a ride for those taking part last weekend in the massive motorcycle auction in Las Vegas. The top highest-selling two-wheelers, for instance, were responsible for getting close to two million dollars combined, in a bidding frenzy that seemed to have had no limit.

For all intents and purposes, the Indian is the oldest in this select lot. What’s more important is that for the first 62 years of its life, from 1903 to 1965, it was owned by the same guy, a California motorcycle racer by the name Gus Cheleini.

Looking probably just as good as it did 118 years ago when it was made, the motorcycle comes in a dark shade of blue and it is equipped with a tiny 13ci engine and an atmospheric valve that is still working, hinting according to auction house Mecum, which handled the sale of the two-wheeler, that the bike could be “started and ridden.”

Part of a select and limited number of bikes made under the Indian name that year, it still wears the first name of the company, Hendee Manufacturing, and features the large gas tank on the rear fender that earned it and its breed the nickname Camelback.

Since the death of its first owner, the Indian changed hands a few more times, and was featured in The Classic MotorCycle in 1988, but mostly spent its time out of sight. It’s unclear what the future holds for it, as we are not told who purchased it, but chances are we’ll get to see it again at a similar auction in the not-so-distant future.