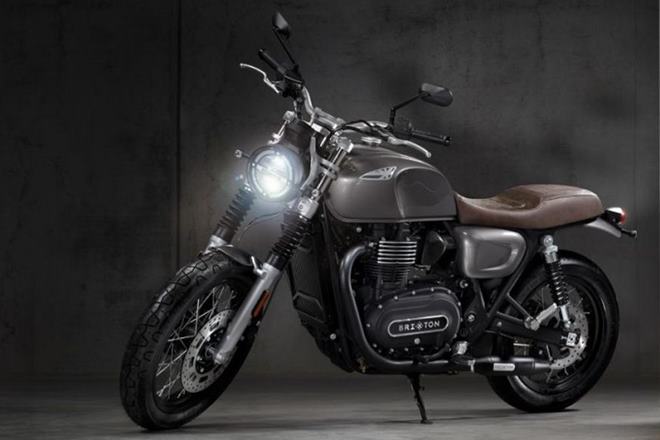 About the new 1200cc model, Brixton says that it “shows the way of Brixton Motorcycles into even higher capacity classes and proves the development competence of our brand.”

Brixton 1200 – a 1200cc modern classic has been cleared to enter production as per a report on Bennetts. The modern classic will lock horns against the likes of the Triumph Bonneville T120 in the segment. Showcased as a concept at 2019 EICMA motorcycle show, the said model will be made in China. However, Brixton comes under the KSR Group from Austria that is responsible for importing motorcycles from multiple Chinese manufacturers. The design and engineering part for the Brixton 1200 has been taken care of at KSR’s design center that is located in Krups, Austria. The Brixton will most likely draw power from a 1200cc, parallel-twin engine that will put itself very much in the Bonneville T120 territory. In terms of aesthetics, the Brixton 1200 looks like a proper modern classic with an all-LED rounded headlamp upfront, wired wheels, all-black theme and touches of chrome just at the right places.

About the new 1200cc model, Brixton says that it “shows the way of Brixton Motorcycles into even higher capacity classes and proves the development competence of our brand.” As of now, the exact timeline for the production of Brixton 1200 isn’t clear and the company says that it wants to create a technically mature vehicle without time pressure, a vehicle that meets more than just the high-quality requirements in these cubic capacity classes.

Apart from showcasing the Brixton 1200, the company launched Crossfire 500 and Crossfire 500X last year. The two get power from a 486 cc, parallel-twin motor good for churning out 47 bhp of power. The said models entered production soon after they were showcased as concepts and the same can be expected from the Brixton 1200 as well. More details on the Brixton 1200 expected soon, so stay tuned for all the updates!

Also, will the Brixton 1200 be able to give a tough fight to the Triumph Bonneville 120?