My Harley Sounds Like a Sewing Machine, So Many Google Users Say 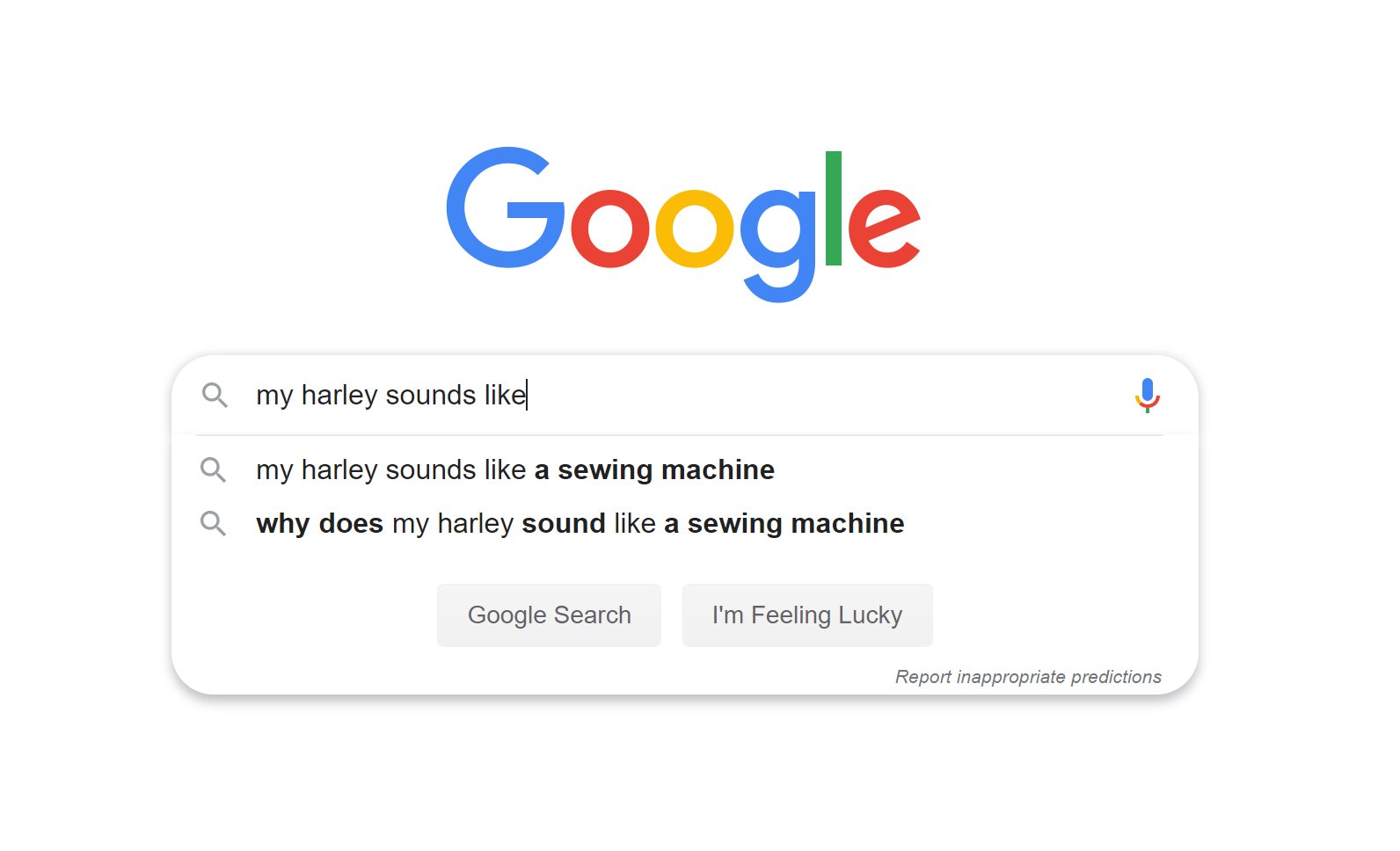 If you use Google’s search engine or Microsoft’s Bing to look for information online, you probably know that both services provide you with suggestions (or predictions, as Google calls them) as you type, all in an attempt to make the whole process faster.

So technically, if you go to Google and type “Harley-Davidson,” you should then be provided with a series of suggestions that are based on data like popular keywords that other people used when searching the web and trending topics.

One of the top searches related to Harley-Davidson shows that way too many owners believe their motorcycles “sound like a sewing machine.”

On the other hand, if you turn to Microsoft’s Bing for searching the web, the suggestions are a lot different.

If you use the same “my harley sounds like a” keyword, you’re not getting a sewing machine suggestion, but something totally different. “My truck sounds like a harley davidson,” is the suggestion this time, which is a little bit unexpected since Harley-Davidson motorcycles sound pretty cool in the first place anyway.

Bing also has a few other suggestions for the sounds generated by a Harley-Davidson engine. “Harley livewire sounds like jet coming,” one suggestion reads, while another one potentially indicates a problem with the motorcycle because “harley sounds like it grinds on a cold start.”

Google calls these suggestions “predictions” because the whole system tries to guess what you’re more likely to type in the search box.

“We look at the real searches that happen on Google and show common and trending ones relevant to the characters that are entered and also related to your location and previous searches,” Google says.

These predictions could thus be a little different depending on your location and should be provided regardless of the device you use to search the web.