Bike Week and Biketoberfest may be changing 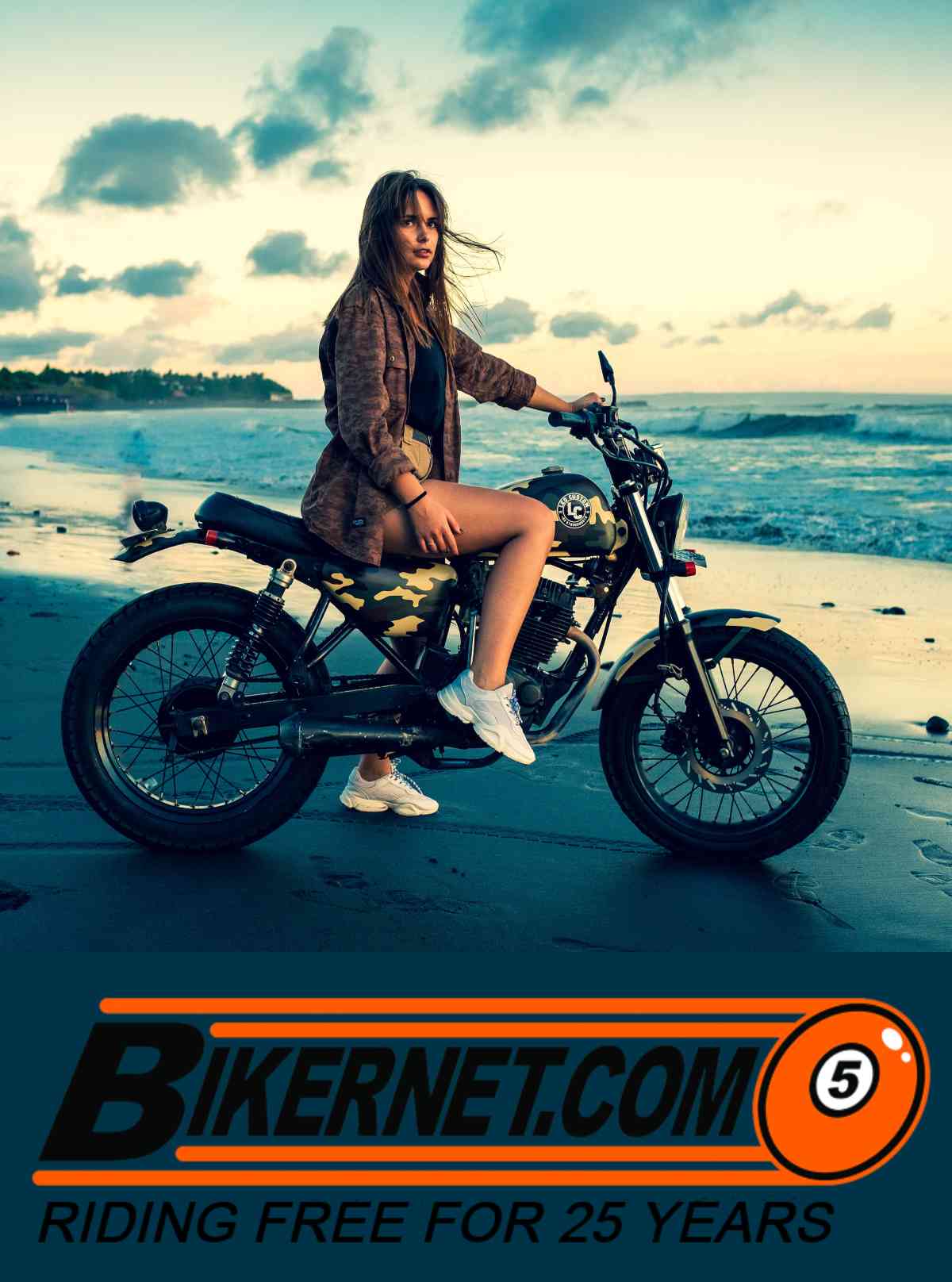 Stay Updated, Stay Ahead of the Curve. To Get There Faster, Click & Get the Bikernet.com Free Weekly Newsletter

Daytona Beach city commissioners batted around possible changes to Bike Week and Biketoberfest at a meeting last week, and next month local residents will have a chance to share their ideas on what they think would improve the two biker parties.

If commissioners do decide to tweak any rules, it wouldn’t impact this year’s Bike Week, which runs from March 3-12.

Here are four things city commissioners are contemplating changing for the future:

The city has a map that shows where it’s OK to have Bike Week and Biketoberfest activities such as bands playing on outdoor stages and itinerant vendors selling everything from turkey legs to jewelry.

The map still shows some streets that no longer have Bike Week and Biketoberfest festivities, such as Beach Street between Bay Street and the Main Street bridge, included in the areas eligible for special privileges during the events. And the map shows streets such as International Speedway Boulevard east of the Halifax River, where at least some business owners want the right to have vendors and paid parking lots during the two annual biker parties, outside the approved areas.

Commissioners will decide if they want to redraw the map to officially exclude some areas that once drew big crowds during the biker celebrations, and add new areas that could join the party.

City Commissioner Ken Strickland, whose zone includes the beachside north of Seabreeze Boulevard, has thrown out the idea to let homeowners who live near Main Street and Mary McLeod Bethune Boulevard sell parking spots in their yards during Bike Week and Biketoberfest.

Strickland wants to give residents who put up with noise and other unpleasantries that come with the biker parties a chance to make a little money. He also wants to make it less lucrative to let a vacant lot sit empty all year except when it’s being used by people willing to pay for a parking spot during Bike Week and Biketoberfest.

A few city commissioners have expressed concerns about the idea, and some of them said they would like Police Chief Jakari Young to weigh in on it.

Commissioners have also discussed whether parking should be allowed on unimproved lots during Bike Week and Biketoberfest. They’ve talked about whether the lots should meet city standards for lighting, irrigation, landscaping, level surfaces and drainage.

Deputy City Manager Jim Morris said it can get expensive to meet city codes for permanent parking lots, and land owners would probably look at the amount of money they invested and drop any plans for using the property for new development.

City Commissioner Stacy Cantu maintains that the beachside severely lacks adequate parking, and she would prefer to see the city relax its parking lot standards to create more available spaces.

The commissioners’ examination of biker event policies could also lead to more buildings coming into code compliance, and becoming more attractive to year-round tenants. Currently, businesses that want to operate in a building year-round have to bring it into full compliance, but the structures Bike Week and Biketoberfest vendors rent for only a week or two just have to meet fire codes and other life safety standards.

Some buildings vendors use, for example, don’t have handicap-accessible entrances and restrooms. 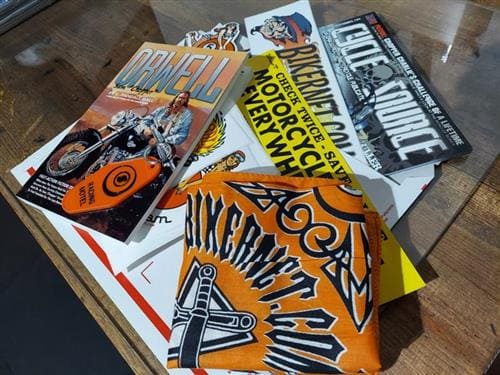 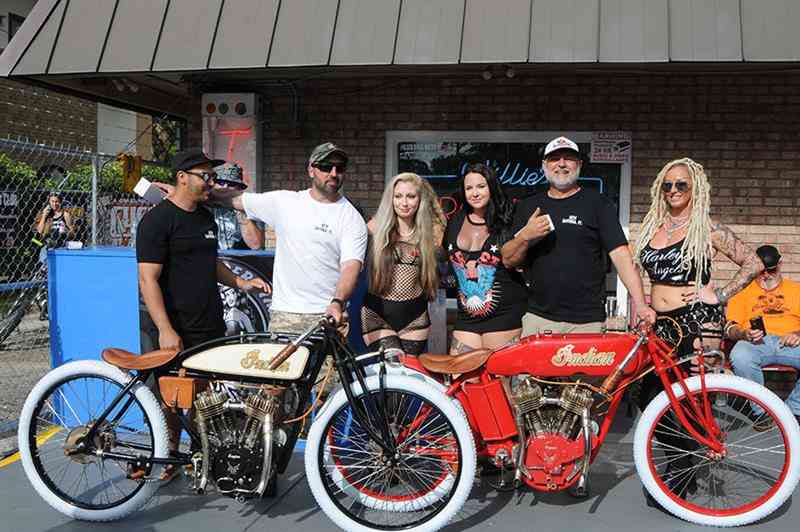 “This event has a big turn out and has for as long as I can remember. I never miss it, and it appears many others feel the same way.

Wille from Tropical Tattoo, some sponsors and a lot of volunteers come together to present this great bike show twice a year.

While the motorcycles on display are all great, Roadside Marty the MC is always a hit with the mic.”

Click Here to see the Winning Bikes and Event Report only on Bikernet.com 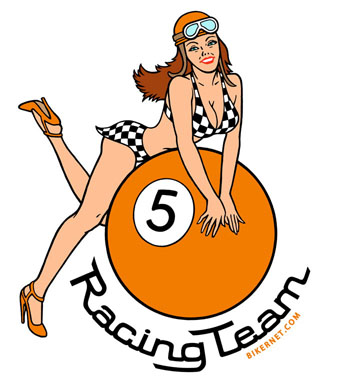 RIDING FAST AND FREE SINCE 1996
Love0 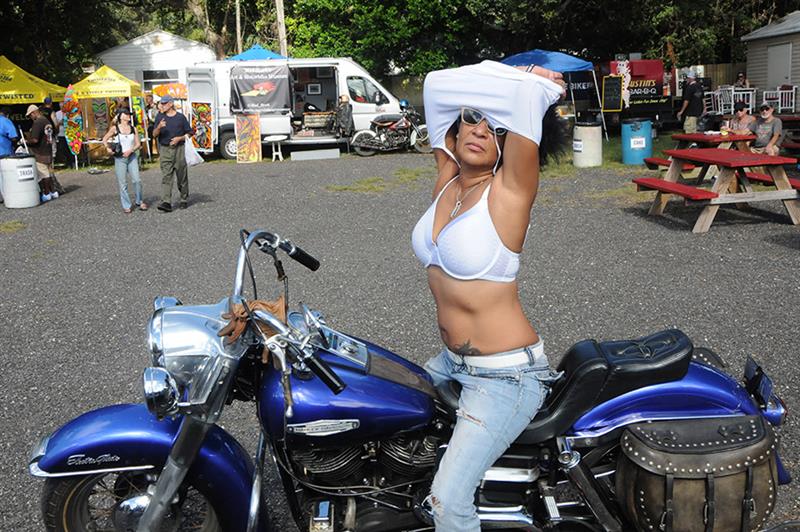 During every Biketoberfest I make sure to attend Willie’s Tropical Tattoo Old School Chopper Show, or die trying…

All the proceeds made from this event goes to support our veterans.  www.veteranssupportfund.org

CLICK HERE To See the Event Report and Photos only on Bikernet.com 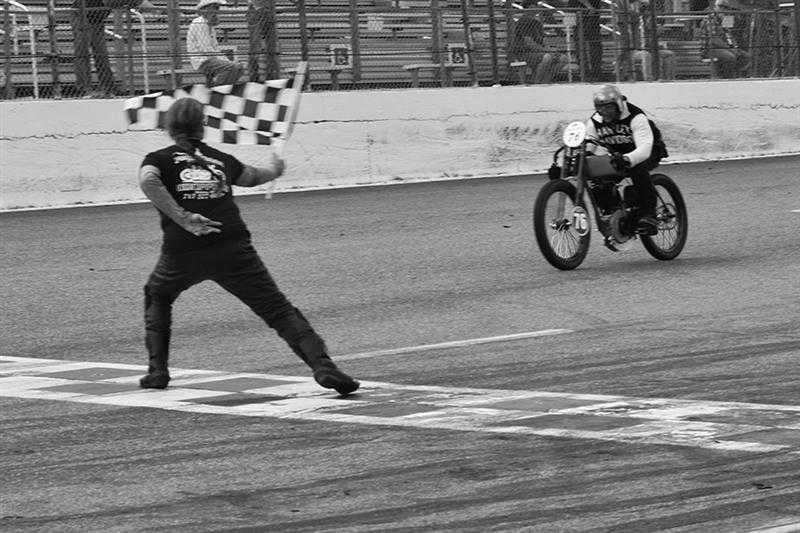 Sons of Speed – Biketoberfest 2021 by Dmac

Many lives have been permanently changed, but Sons of Speed has not skipped a beat and has returned to the New Smyrna Speedway breathing life into the asphalt, 23 degree banked, ½ mile track.

Originally started in 2017 by Billy Lane of Choppers, inc., the race has been held at both New Smyrna Speedway and at the Pappy Hoel Campground Racetrack, in Sturgis, South Dakota.

Click Here To Read the Race Report and Photos only on Bikernet.com 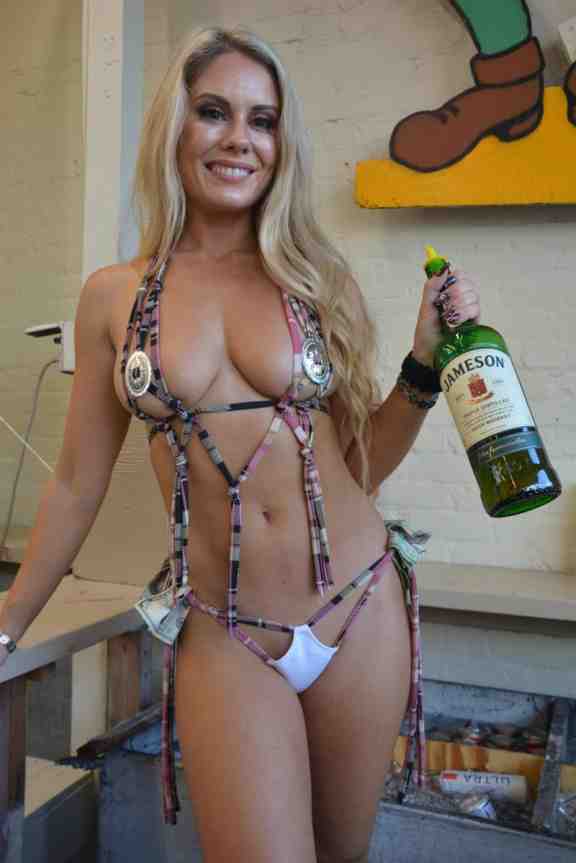 There are New Photo Galleries on Bikernet.com Updated With Every New Event

Check Out the Photos by Jack McIntyre at Cantina Section of Bikernet.com

There’s nothing like the warm Florida sun. Daytona Biketoberfest is a classic example of great riding, weather, and a nonstop 4-day long party. From the super-beautiful beer tub gals to the assortment of motorcycles, events, contests, and bands, it’s simply a stunning Bikefest to attend.

This gallery is only from the first Thursday, 10/14/21. Much more to come as out photographers creep around and shoot everything & everyone, especially the sun-tanned skin of the gals on Main Street.

CLICK HERE To View the Latest Photos from Biketoberfest 2021 on Bikernet. 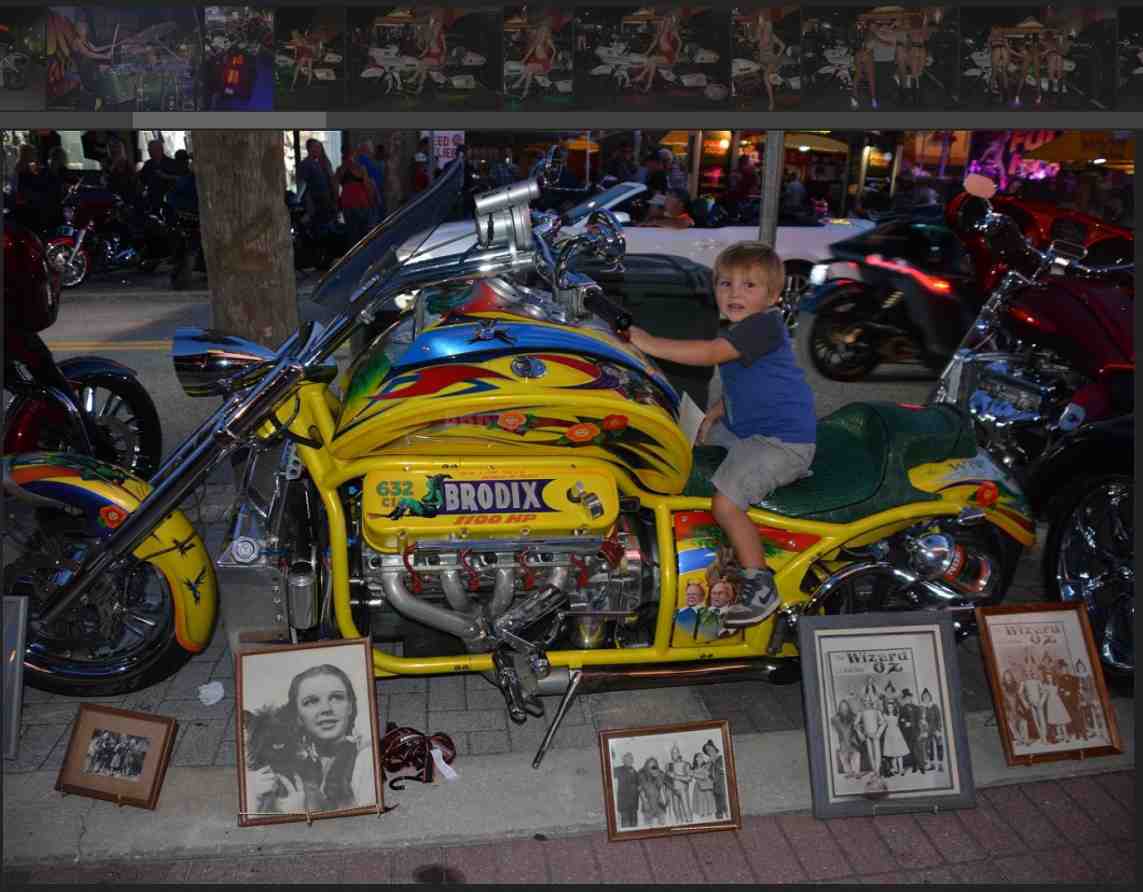 Keeping checking at Bikernet.com for new and latest photos from this year’s Daytona Biketoberfest.

Click Here to View the Current Photo Gallery from Biketoberfest 2021. 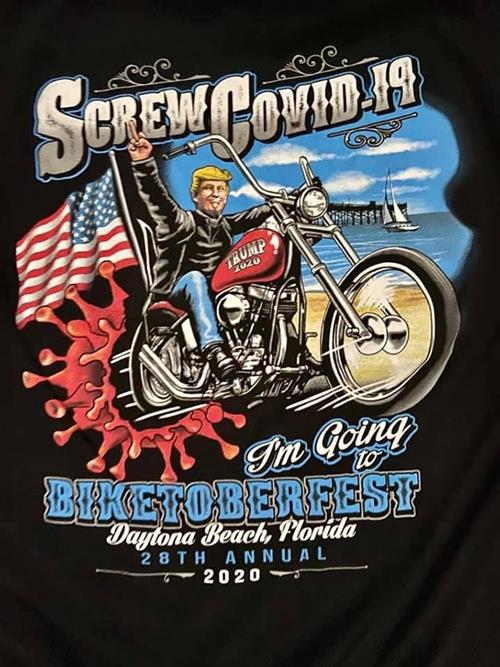 Massive support for President Trump at the  Biketoberfest this year.

Click Here to see this Photo Feature on Bikernet. 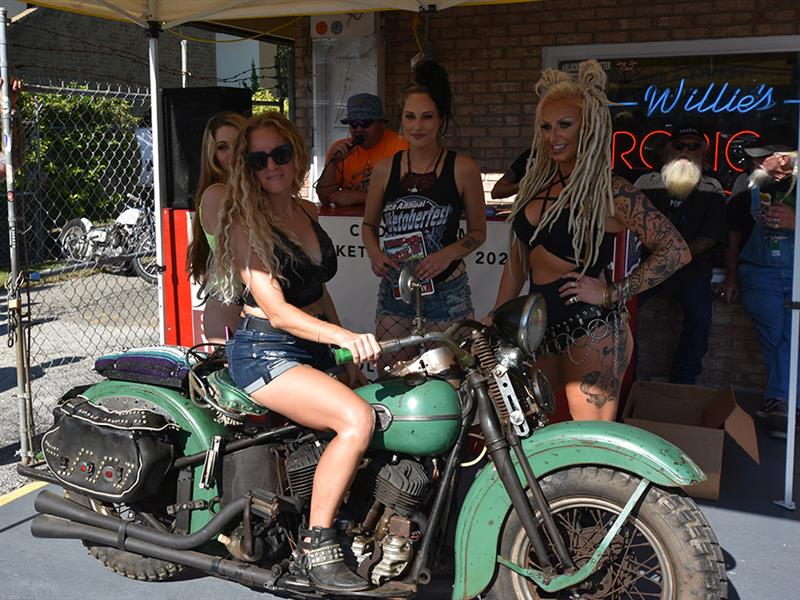 Even with the Chinese Covid thing the Show Must Go On and Willie and his crew at Tropical Tattoo did it again. Thanks!

Yes, the crowd was a tad smaller than last year, but I did not hear anyone complaining. It just made it easier to get around and in some cases get better shots of the bikes and people.

Besides having a good time this event also raises money for the veterans and the proceeds go to www.veteranssupportfund.com

To find out more about Tropical Tattoo go to http://www.tropicaltattoo.com/

Click Here to read this Photo Feature at Bikernet. 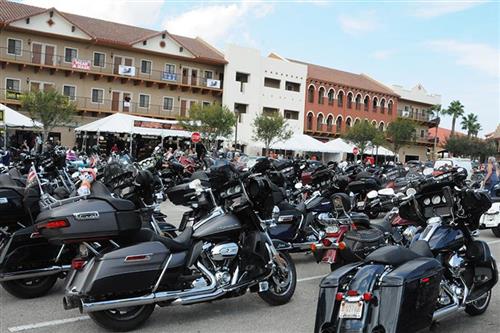 The city of Daytona restricted vendor permits during Biketoberfest this year. Bummer. They attempted to shut the event down, but the riders kept coming.

A result of severe lock-down meant no vendors at the speedway, boardwalk, main street etc. Events did not happen or were moved.

But wait! Destination Daytona was open and had a good turn out Friday, the day I rode over. 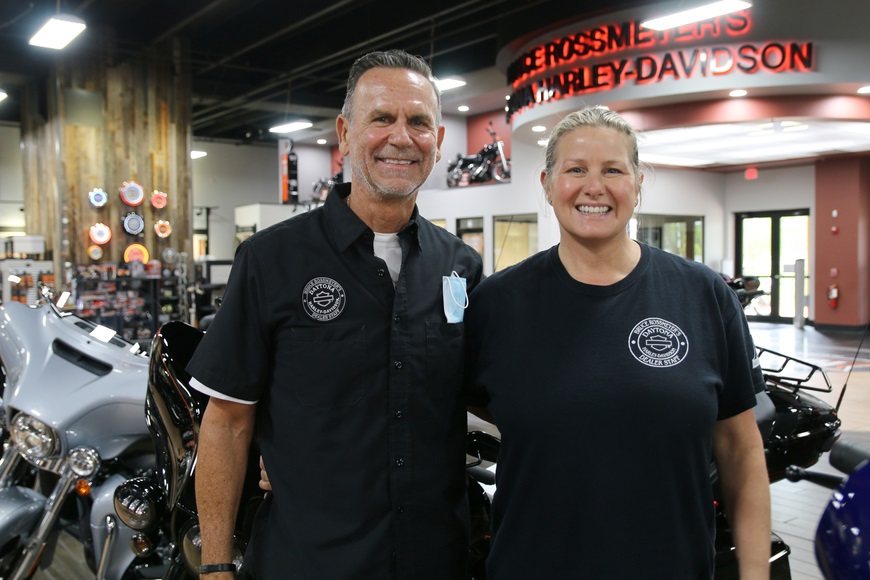 Preparing for Biketoberfest: Destination Daytona is confident in its itinerant vending plans

The 150-acre property is one of the largest venues in Volusia County.

Come Biketoberfest, Destination Daytona in Ormond Beach believes it can host itinerant vendors and outdoor events in a way that adheres to COVID-19 safety measures.

In its permit application to the city, Dean Pepe, general counsel for Destination Daytona, stated that motorcycle rally events “are critical to the survival of our businesses here at Destination Daytona, our hundreds of employees and also to our entire community.” Some of the measures Destination Daytona will implement include one-way lanes inside stores, spacing outdoor tables apart to promote social distancing and requiring all vendors to wear masks. Bikers frequenting businesses inside the 150-acre event venue will also be asked to wear masks indoors.

“We’ve developed our own message, which is ‘Protect and respect our city, mask up and distance,'” Pepe said. “That’s going to be our message to everybody that comes here.”

When the City Commission in mid-August decided to hold off until September on making a decision to allow event permits for the motorcycle rally, Pepe said they were disappointed, but that they understood the reasoning.

“There was an understanding there that these people were trying to make a good decision,” Pepe said. “The thought of not having it with our normal setup would’ve been disappointing, but we would’ve had to roll with it and come up with an alternate plan.”

They also knew that if the commission reached a decision on Sept. 9, they had time to gather vendors and make preparations for Biketoberfest, even if they had to scramble a bit, Pepe said.

“We were very, very excited and pleased to hear that the city staff and representatives helped this decision,” said Shelly Rossmeyer Pepe, general manager at Bruce Rossmeyer’s Harley-Davidson in Destination Daytona.

‘We want to do right by the community’

Itinerant vendor revenue is one of the largest components for the year at Destination Daytona, said Pepe, which is why it’s important to hold these events twice a year for Bike Week and Biketoberfest, respectively.

While Pepe acknowledged that COVID-19 hasn’t gone away, he also expressed that “livelihoods are important too.” In addition to their own staff, another 30 people or so will be hired to help with the event. In previous years, that number has been higher, but due to the pandemic, Destination Daytona is not expecting the typical large crowds.

What they are anticipating is an increase of vendors, as the city of Daytona Beach has opted against issuing permits. Destination Daytona is also not planning any large concerts to keep crowds manageable, Pepe said.

Rossmeyer Pepe said they’ve traditionally been a daytime venue anyways, as most vendors wrap up in the early evening. Daytime traffic may go up a bit because of the lack of outdoor events in Daytona Beach, but she expects their nighttime traffic will not. She said it’s important for them to “do right” by both the community and the visitors.

“We’re going to do everything to try to maintain a very positive reputation, so they’ll come back,” she said. “We feel good and confident that our customers and our visitors are going to respect the situation we’re all in.”

If the situation was like it was in March, Pepe said perhaps Destination Daytona may not have had enough information to be able to hold events safely, as he is confident they are able to do now.

As a business, they need to be open, he said.

“You have to at some point,” Pepe said. “We can’t not operate our businesses forever hoping that this goes away completely.”