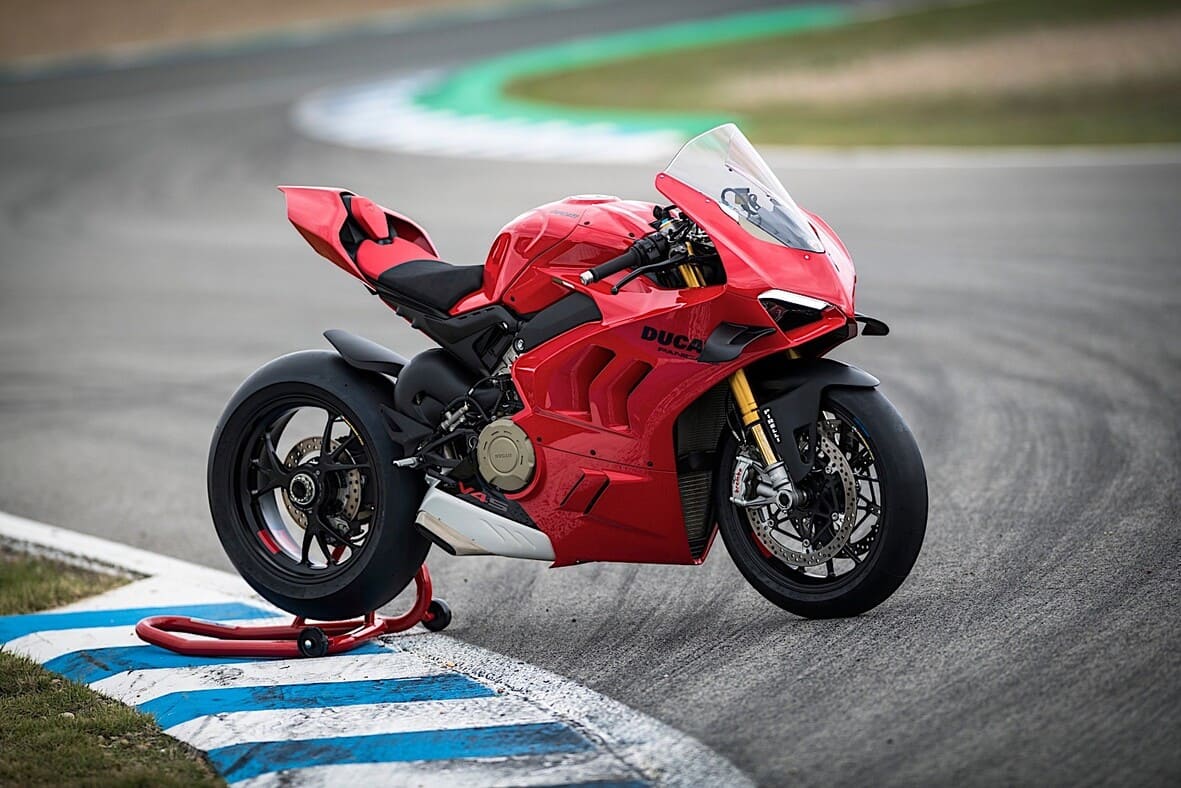 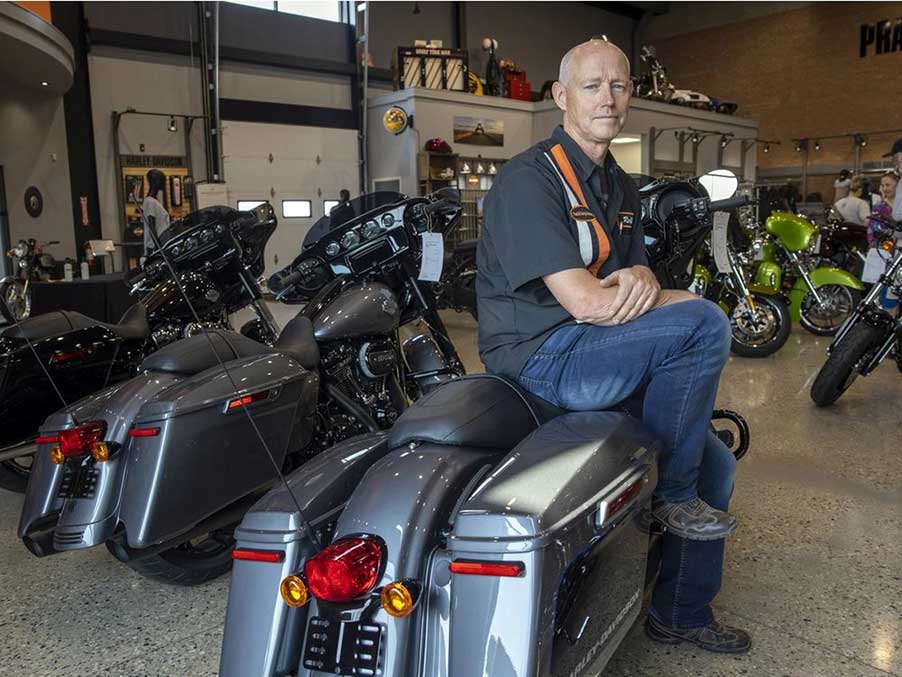 Robb Hertzog, owner of Prairie Harley Davidson in Regina, inside their showroom.

by Gillian Francis from https://leaderpost.com

“I’m not going to say it’s all because of SGI, but I’d say three-quarters of it is.”

“I’m not going to say it’s all because of SGI, but I’d say three-quarters of it is,” he said in an interview Thursday, adding that skyrocketing insurance rates for motorcycles are leading to a decline in the amount of customers he receives.

Hertzog is one of many business owners in the motorcycle industry who have voiced concerns about the increasing expenses for bike owners. SGI is considering upping insurance rates again, by 15 per cent for insurance premiums greater than $1,000 and by $25 to $150, for those that total $1,000 or less, leaving businesses with increasingly dire prospects.

“They just can’t afford to ride anymore,” Hertzog said. “My younger clients are just not getting into it because when your monthly rate is as much or more than your loan payments, it makes it very, very difficult.”

Earlier this week, an SGI spokesperson told the Leader-Post that increasing fees are part of a plan to rebalance insurance rates. This would lead to an annual rate decrease for some types of vehicles and in an increase for vehicles like motorcycles that are perceived to have higher accident risk. A latest proposed rate increase is being reviewed by The Saskatchewan Rate Review Panel.

Insurance rates for new models with large engines, like Harley cruisers, can range from $2,000 to $3,000 per year. While this is enough to dissuade individual motorists from buying, there is also a chain reaction that extends to other parts of the industry as well.

Hertzog explained the number of motorcyclists attending their community events and fundraisers is down by half, leading to a decrease in charity funding of a few thousand dollars, and his bike repair team is getting fewer clients now that people are riding less frequently.

Collin Cossette, owner of Action Cycle in Moose Jaw, switched from selling street models to off-road bikes, a decision motivated by a variety of factors unrelated to insurance, including losing a franchise. He said the demand for street models is not strong enough for him to want to go back.

The few street bikes he continues to carry, have remained untouched for years, brands that would have sold in the hundreds a decade ago. Most dealerships in his area, he said, have lost around 80 per cent of their sales now that more expensive models come with high insurance.

Rick Bradshaw, owner of Schrader’s Motors in Yorkton, estimated insurance rates have increased around 67 per cent in the past decade, causing their street bike sales to decrease from 50 per year to 20.

Most of the clients who visit Schrader’s are older adults who have more disposable income, while younger cohorts are dissuaded by the expense. Prior to the insurance hike, he said more young women were taking an interest in the sport than ever before, but he believes expense has since reduced this trend.

“You can be a high performance car enthusiast and buy a $100,000, loaded-up, 600 horsepower BMW car and you don’t pay any more for that car based on value … But for motorcyclists with the same zero clean record and no accidents, if that bike happens to have a bigger engine or more horsepower all of a sudden you’re penalized dramatically,” he said.

As for Hertzog, he thinks raising awareness of the issue is key to creating change.

“We’ve got to find a way to get people out riding and enjoy life, but it will be a bit of a cost on SGI,” he said. “But the cost of that is worth a lot because I think the industry and the sales and the amount of jobs that were lost are way more money than SGI will ever have lost.”