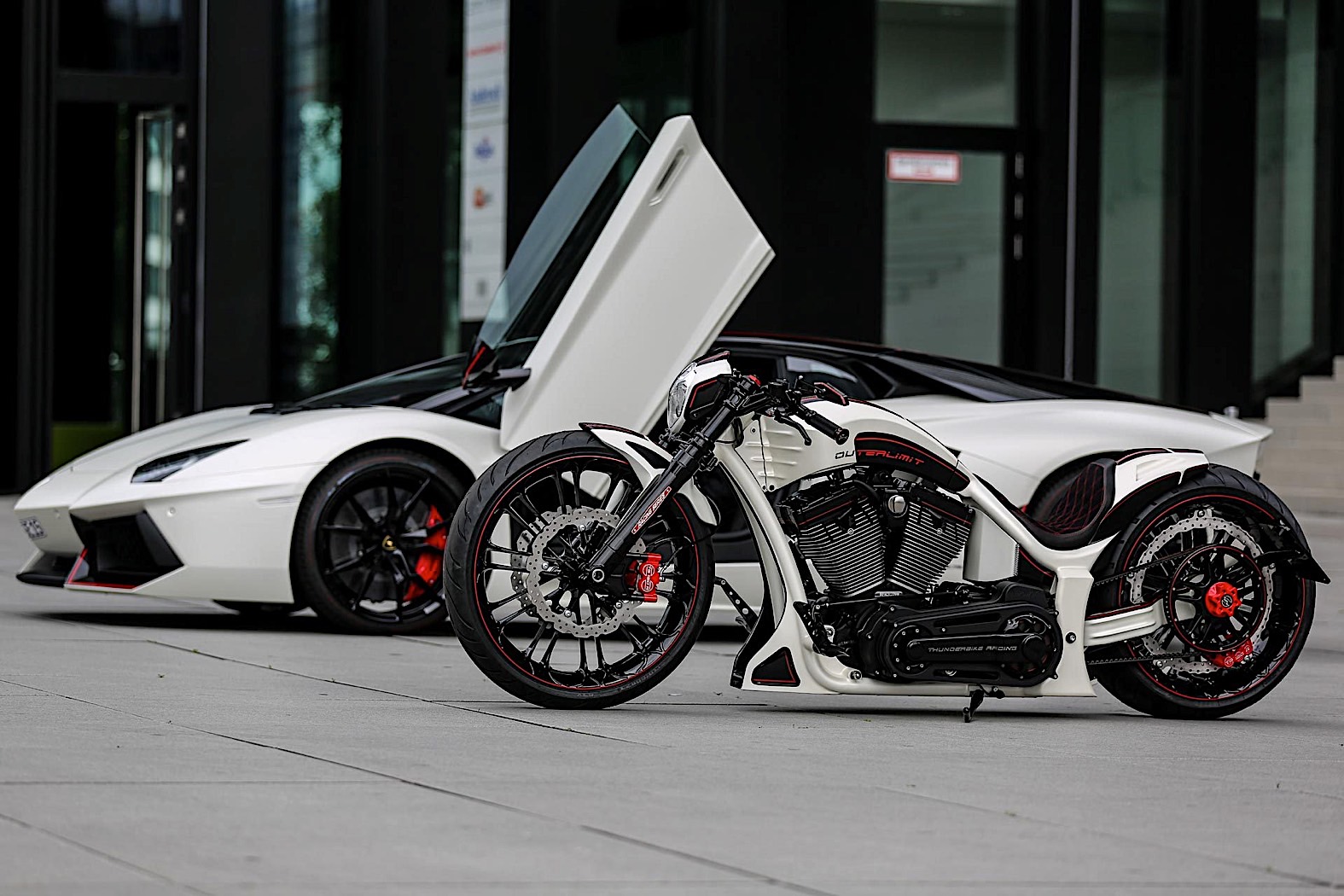 So, you own a Lamborghini Aventador, and that in itself is reason enough to be proud. But often times supercar owners find themselves in need of some other motorized sidekick contraption for their cars.

So did a German Aventador owner, who must have thought there’s something missing from his garage, something that should not only keep the car company, but also match it in design. So he turned to custom German bike builder Thunderbike for help.

The German shop started out in the 1980s as a repair place for Japanese motorcycles, but a few decades later found themselves to be quite good at either customizing Harleys, or building their own custom frames with Harley engineering inside. The Black Star 110 and the RS Lambo are perfect examples of their prowess in both fields.

For the Aventador owner we mentioned above, they came up with a design called Outerlimit. Finished in 2016, it was specced as “super sporty appearance, neat pressure in the engine, big wheels and powerful brakes.”

The custom frame of the bike was gifted with a Harley-Davidson twin cam 120R engine linked to a 6-speed manual transmission, which gives the bike a power output of 140 ps and 190 Nm of torque. Not quite Aventador levels, but for a motorcycle it’s not half bad.

The performance of the bike was not necessarily the main goal of the build, but the appearance of it was. As per customer specification, the Outerlimit had to exactly match the colors of the supercar, and that task seems to have been met nicely: both the design and the paint job that cover the various portions of the motorcycles body replicate the black and white panels seen on the Aventador body and roof.

We’re not being told how much the Outerlimit cost to make, but the result must have definitely pleased the man who commissioned it.