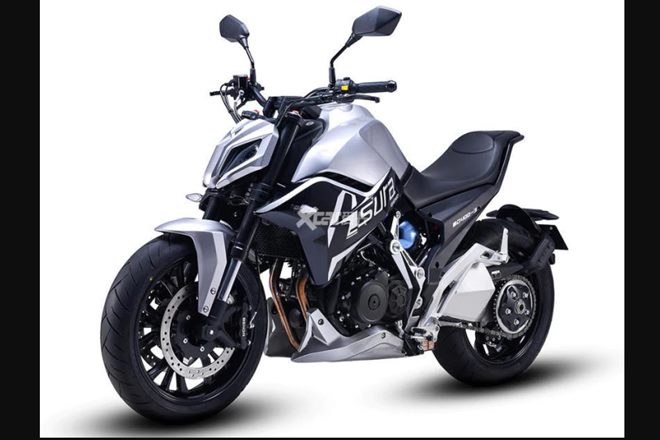 by Pradeep Shah from https://www.financialexpress.com/

The Benda Asura 400 comes with a single-sided swingarm, which is quite rare to see on a 400cc motorcycle.

In the last few years, a lot of Chinese manufacturers have ventured into the motorcycling space. We have been bringing you a lot of stories on Chinese copy bikes that are particularly on sale in Pakistan. Well, today’s story is also about one Chinese motorcycle minus the fact that it is not on sale in our neighbouring country. This one is called the Benda Asura 400. What catches the attention at first is the Indian name used for naming the motorcycle. The Chinese manufacturer Benda had unveiled the quite futuristic-looking Asura 400 concept in February 2019. Now, very recently, the final production model has been revealed along with the technical specifications.

For now, the Benda Asura 400 is on sale in China only with prices starting at 27,800 Chinese Yuan that translates to almost Rs 3 lakh as per the Indian currency. This is indeed a quite competitive price tag, keeping in mind the fact that the bike packs in modern and premium components like a single-sided swingarm, parallel-twin engine and more. Coming to the powertrain, Benda Asura 400 is powered by a 389cc, liquid-cooled, parallel-twin engine that is good for developing respective power and torque outputs of 36.7hp and 32Nm. However, while the concept was showcased, the company had claimed a maximum power torque of 43.5hp that was very much in line with that of the KTM 390 Duke.

Acceleration time from a standstill to 100 kmph is 7 seconds while the top speed of the Asura is pegged at 160kmph. The company has also revealed the mileage which is 32.2kmpl, a figure that is reasonably impressive for a twin-cylinder engine. While you may think that the Benda Asura 400 is somewhat lesser performance-oriented compared to the competition, here is how the company has tried to compensate for it. The bike comes with premium underpinnings and hence, you get inverted forks upfront along with a rear monoshock. Moreover, the bike gets a single-sided swingarm, which is pretty interesting and rare for a bike of this segment.

Stopping power comes from twin disc brakes up front along with a single rear disc and these are coupled to a dual-channel ABS (Anti-Lock Braking System) for better safety. Moreover, in terms of features, the Benda Asura 400 gets an all-LED lighting set up and the instrumentation is also a fully coloured TFT unit. If you are thinking the ‘Asura’ will be launched in India, you need to realign your thought process due to the fact that a 400cc bike at this price won’t be making much sense considering the price-sensitive buyers.

A lot of chinese manufacturers have been copying the design of products and one best example is Sigma Motorsports that sells numerous copy bikes in Pakistan with different names and smaller displacement engines compared to the respective original bikes on which those are based. While the Asura is not an outright copy-paste job, we can still see some heavy resemblance with two premium naked streetfighters on sale in India. Can you name those?