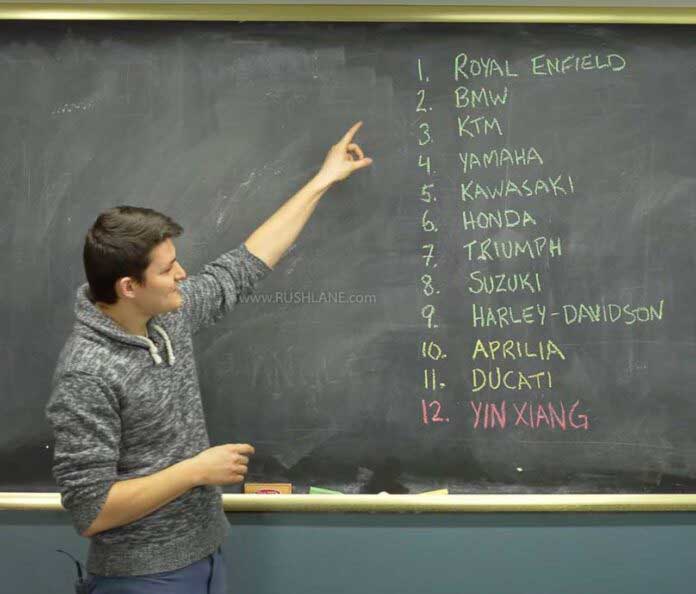 Japanese motorcycle manufacturers along with their European counterparts are considered clean enough barring those from Italian manufacturers.

Ever wondered which bike manufacturer has the cleanest running motors. No, we are not exactly talking about emission standards of a motorcycle which are very much equal thanks to emission standards. We are talking about the preciseness of the company’s manufacturing process which results in minimum quantities of impurities getting through an engine from an assembly line.

Test by FortNine
FortNine recently collaborated with a laboratory that evaluated similar criteria for various car makers across the world. The lab tests the first service oil from various manufacturers and checks the presence of impurities of different magnitudes and sizes which are a result of less than a perfect manufacturing process.

The results which arrived recently, around seven months later, might be a little surprising to motorcycle enthusiasts, especially those from India. Royal Enfield has beaten the rest, and managed to top the list in the clean manufacturing process test.

Quantity & Nature of Impurities
The impurity measured were of various sizes with particles ranging from less than 5 micrometres to 100 micrometres. The laboratory even tried evaluating larger particles but some of the samples were so messed up that they formed alliances with smaller sized impurities which made it hard for scientists to make an accurate reading. However, readings taken were pretty consistent for impurity particles of all sizes. Take a look at the detailed test video below.

While impurities such as carbon and metal shavings are expected to be part of any automobile assembly line and likely to trickle into an engine, the findings suggested presence of other uncommon impurity materials such as cloth fibre, sand, plastic, chips of wood and others. 100ml of each sample was tested for the quality of engine oil, the presence of carbon content in it and the magnitude of impurities.

Yin Xiang Performs Worst
However, impurities in the Chinese manufacturer Yin Xiang’s sample were so large and frequent that scientists could only test 25ml of the sample and multiplied the result into four. No wonder that the manufacturer recorded over an astounding 11.88 million impurity particles in its sample which measured less than 5 micrometres. Two Italian manufacturers Aprilia and Ducati were the next with impurities worth 2.3 and 1.8 million respectively.

Iconic American motorcycle brand Harley Davidson also did not have a favourable result as it fared just a little better than its Italian counterparts. Rest of the makers were considered as clean enough at least for now. While most motors will not have a problem complying with stricter emission norms in future, the Italians and the Chinese manufacturers will have their task cut out.

Royal Enfield-Cleanest of All
The surprising part was that the list was topped by none other than India’s Royal Enfield which had the least number of impurity particulates in its sample. Therefore, it is considered to be one of the cleanest motors, if not the cleanest, in the world.

Currently, lead is used to manufacture spinning parts of motorcycles which is soft enough to absorb impurities rather than grinding them. However, stricter emission norms will ban use of heavy metals which means no more lead. This will pose further challenges to manufacturers in coming days