Ride to the Moon: Motorcycle Adventures in Argentina 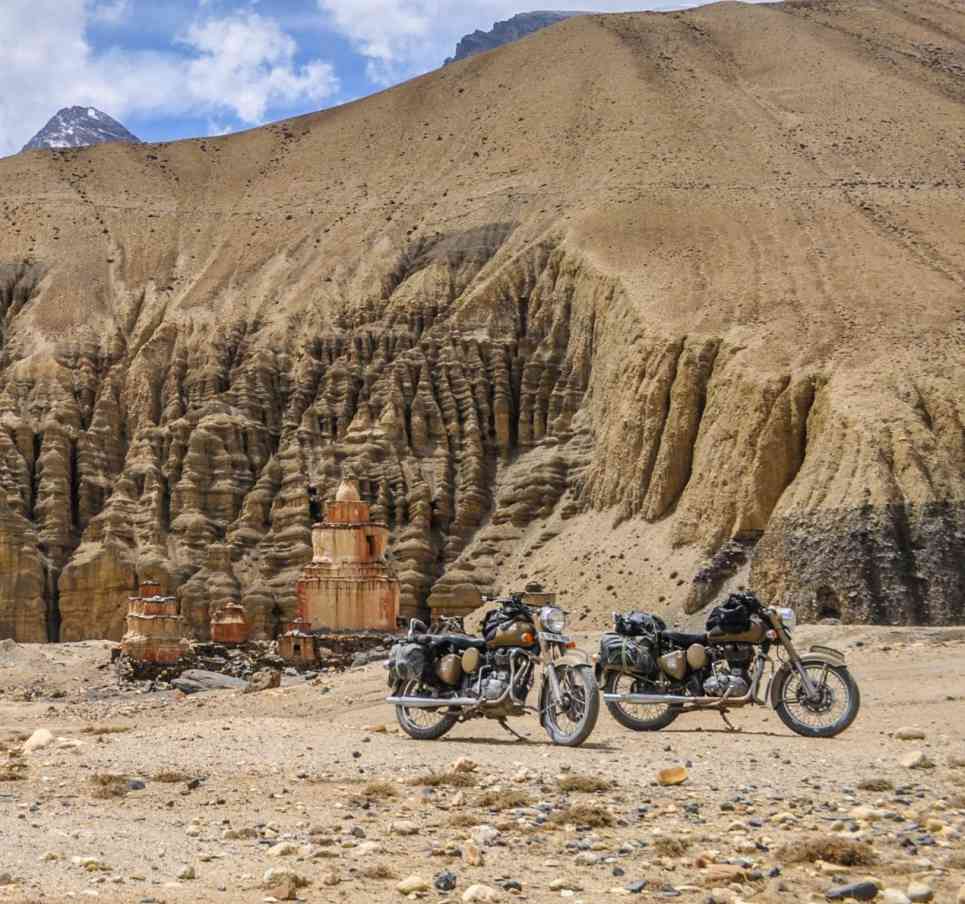 Behind the scenes in Argentina: Ride to the Moon

Argentina: vast open spaces, salt flats, lunar landscapes and Andean peaks towering over 4,500 m altitude. You’ve been asking us about it since our very first tour across the Himalayas back in 2006: “Since the Himalayas, I can’t stop thinking about Argentina. When will you take us there, Vintage Rides?”

Expectations are running high for this legendary destination. So, challenge accepted! 😉

Alexane and Simon: the dream team

During the summer of 2021, Simon suggested entering into partnership and opening a Vintage Rides office in the heart of the Andes. “I have been riding here for more than 10 years and know the region like the back of my hand. I have hundreds of unexplored tracks under my belt, ready to design new tours. I knew it was time for me to set something up”. A friendly, enthusiastic biker, he is smitten with his adoptive country and its culture and shares many common values with us. We speak the same language. So we decided to take him up on his offer and set up Vintage Rides Argentina together with the headquarters in Salta, in the north of the country.

At the mercy of nature, which reigns supreme, the tracks are constantly changing. While the borders were closed, Simon had all the time in the world to do what he loves most: criss-cross the tracks, try out all the roads and uncover the best places, which you won’t find on Google maps – believe us, we’ve tried!

From the Lyon office, Alexane is on hand to help get the joint venture up and running. She’s been thrown in at the deep end: she’s only just joined us at Vintage Rides and she’s opening a new office in Argentina! That’s a big adventure in itself. ¡Bienvenida, Alexane!

Spring 2022. The routes are ready, the tracks tested and the restaurants and hotels selected. We are raring to go and can’t wait for you to come and join us.✌

The bikes are set for adventure

“And what about the bikes?” we hear you cry! Simon isn’t just an adventurer, he’s also a motorbike mechanic and a fan of Royal Enfields. We asked him to work on the Himalayans, which are ideal for tours that alternate between small roads and winding tracks through the Andes. Simon came up with a series of improvements to make them unique, robust and ready for adventure without scrimping on comfort: reinforced sump guards, side saddlebags and tanks. You won’t have seen anything like them!

So far, we are the proud owners of 10 Royal Enfield Himalayans, fresh from the factories in Buenos Aires. Simon has fine-tuned them in our Argentinian workshop and they’re dying to be ridden under the Andean sunshine.

Ride to the Moon

As you can see, Argentina makes us dream as much as you do and we are so happy to set our wheels in motion there. And we are not the only ones. Thanks to support from our partners, Mutuelle des Motards, Bell and In&Motion, the film-maker, Florian Moscat, will follow our first group of Vintage Riders this spring and capture their adventure. We’ll tell you more about it in the coming months, but for now, we can give you a sneak peek at its name: RIDE TO THE MOON. Try as you might, the landscapes will be even more impressive than you could ever imagine.

Today, we couldn’t be prouder of the local knowledge we have on the other side of the Atlantic Ocean. We can’t wait to share all the emotions that have kept us going these past few months with you.

Do you want to help us write the rest of our adventure story?

THE MYTHICAL LAND OF THE GAUCHOS 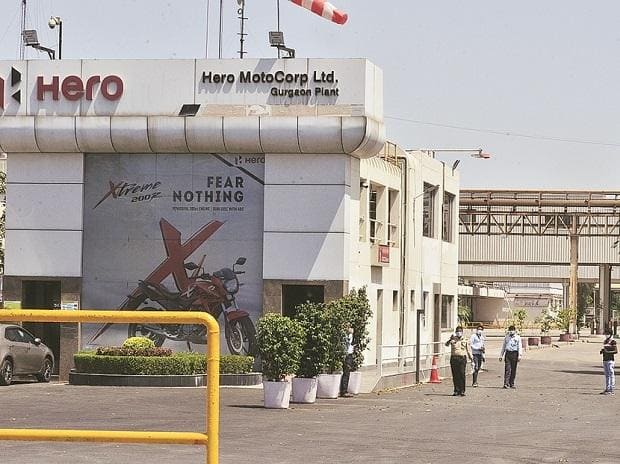 from https://www.business-standard.com/ by Press Trust of India

Two-wheeler market leader Hero MotoCorp on Friday announced the expansion of operations in Argentina with the opening of its flagship dealership in Buenos Aires in partnership with Gilera Motors Argentina.

Gilera Motors Argentina (GMA) will make new investments to rapidly expand all business operations for Hero MotoCorp’s products. This is expected to generate nearly 500 new jobs in the region, the company said in a regulatory filing.

Further, GMA has also expanded its plant in Carlos Spegazzini province of Buenos Aires to completely renovate its infrastructure and adapt the latest automotive technologies that are incorporated in Hero MotoCorp products, it added.

Hero MotoCorp is the Exclusive Distributor for Harley-Davidson motorcycles in India and manages the Authorized Dealerships, Service Centers and parts for the iconic American brand.

HeroMotoCorp is present in South American and African nations and launched Hero brand in Mexico in January 2021 in Partnership with Grupo Salinas.

In July 2013, HeroMotoCorp acquired 49.2% shareholding in Erik Buell Racing, a motorcycle sport company which produced street and racing motorcycles based in East Troy, Wisconsin, United States. EBR filed for bankruptcy in 2015 and Hero MotoCorp acquired certain assets for ₹18.2 crore (equivalent to US$3.5 million in 2020).

“We are happy to rapidly expand our operations in Argentina. We have already made significant progress since announcing our new association with Gilera Motors Argentina in October,” Hero MotoCorp Head – Global Business Sanjay Bhan said.

The company has already inaugurated a flagship store and is focussed on scaling up sales and service across the country, he added.

GMA is one of the leading companies in the motor vehicle sector in Argentina and one of the most experienced motorcycle manufacturers in Latin America.

Gilera Motors Argentina Director Ramiro Di Liscia said, “our association will have a multiplier effect on the local economy, generating investment and new direct and indirect jobs. We are adding nearly 500 new jobs already and expect more benefits to the local economy as we further expand our operations in the future.”

The new investment and new facilities that Gilera Motors Argentina is making will boost the industry in the country. Customers will also benefit from the latest technologies of Hero MotoCorp products such as the Xpulse 200 and Hunk 160R, which comply with Euro 3 and Euro 4 standards, GMA Vice-President Omar Caruso said. 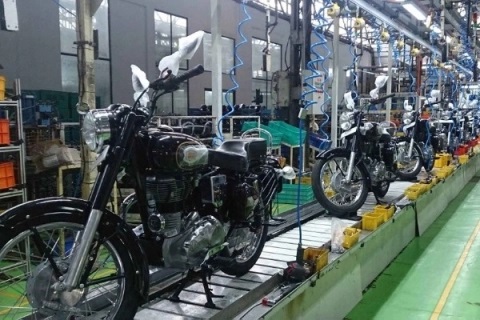 by Swarajya Staff from https://swarajyamag.com

This would mark Royal Enfield’s second plant out of India, as it recently operationalised its first overseas factory in Argentina. The company aims to utilise the upcoming Thai plant as a hub to export to other nations in the ASEAN, including motorcycle-intensive markets like Indonesia and Vietnam.

It should be noted that Thailand is Southeast Asia’s largest automobile manufacturer, and houses factories of some noted and global motorcycle majors like Honda, Yamaha and Harley-Davidson.

The Royal Enfield factory in Thailand’s Chachoengsao province will be using at least 40 per cent of local parts while importing the rest from India. The facility is expected to start operations in April 2021.

It should be noted that Royal Enfield has witnessed its 2019 year-on-year sales in Thailand more than double. It already has 36 showrooms in Thailand and is planning to expand with showrooms in Vietnam, Philippines, Malaysia and Indonesia in the coming years.

Three models of Royal Enfield motorcycles to be built in Argentina 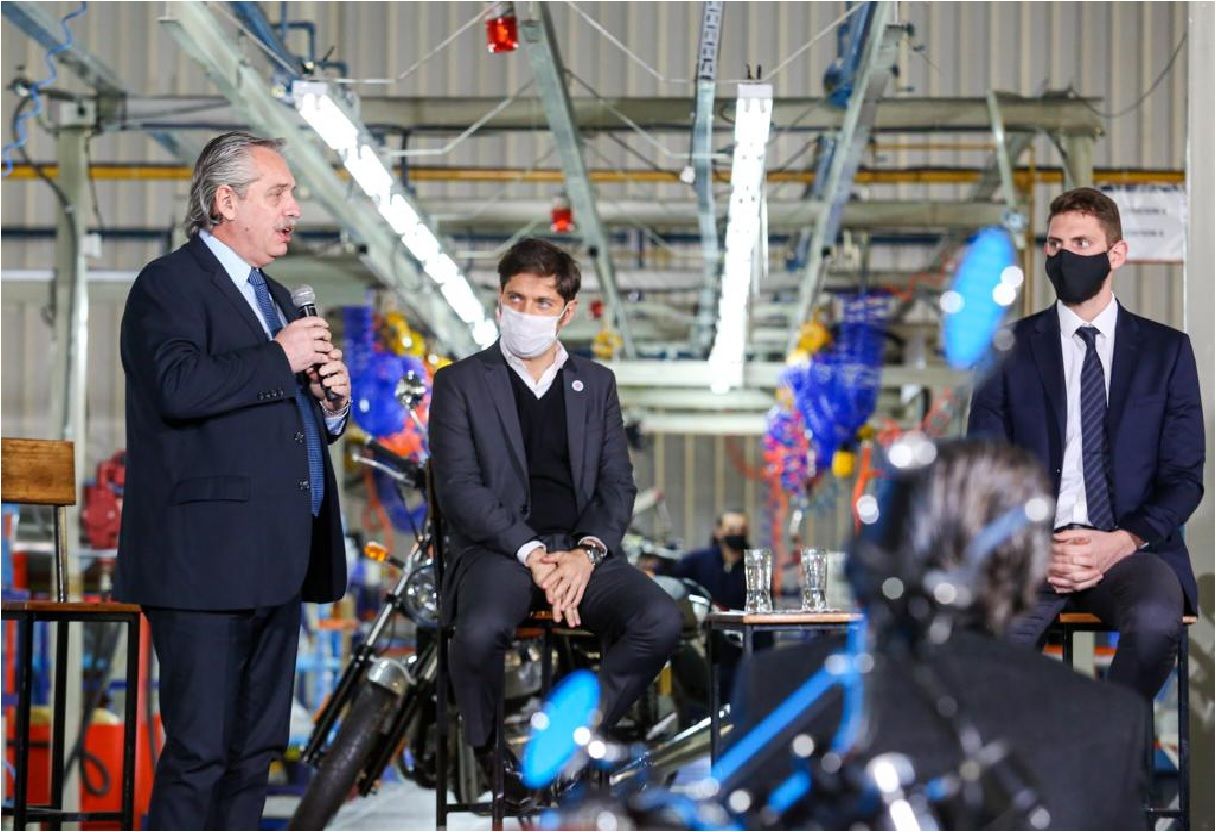 Royal Enfield, a classic English motorcycle brand but now belonging to an economic group from India opened on Tuesday its industrial complex in Campana, Argentina where it commenced the manufacturing of three models.

The Campana factory in Argentina is the first country to make the motorcycle outside India with an investment of some US$ 80 million and the creation of 100 jobs.

Besides the Indian company authorities, the inauguration counted with the attendance of Argentine president Alberto Fernández, the governor of Buenos Aires province, Axel Kicillof and the Development minister, Matias Kulfman, who also announced the government’s plan of soft credits for the purchase of the motorbikes in 48 installments at an interest rate half the estimated inflation.

The Indian group in Argentina is represented by SIMPA, which also imports other world motorcycle brands, such as KTM, Husqvarna, Vespa, Aprilia, Piaggio, Moto Guzzi and Can-Am.

Martin Shwartzm the Simpa group operations head said the three models which are to be built in the factory are the Interceptor and Continental GT (both 650cc) and the world famous double purpose Himalayan, with a 411cc engine.

“This production development not only has created jobs but with the manufacture of parts in Argentina, allows for more accessible prices”, president Fernandez said.

Royal Enfield on Wednesday said it will commence local assembly of its motorcycles in Argentina in partnership with Grupo Simpa, its local distributor in the country since 2018.

This will be the first time in Royal Enfield’s modern history that motorcycles will be assembled and produced outside the company’s manufacturing facilities in Chennai, India, the company said in a statement.

The local assembly unit in Argentina will be based at Grupo Simpa’s facility located in Campana, Buenos Aires.

“To begin with, the plant will locally assemble three motorcycle models – the Royal Enfield Himalayan, the Interceptor 650 and the Continental GT 650 – starting this month,” it added.

Commenting on the development, Royal Enfield CEO Vinod K Dasari said: “Royal Enfield has been working steadily to grow and expand the middleweight motorcycling segment globally and also to increase our footprint in important global markets.”

The company has grown its international presence significantly and now has a wide retail presence across 60 countries, he added.

“With a strategic view to cater to growing demand and to gain significant market advantage, we have been pursuing our plans to set up local assembly units across specific markets in the Asia Pacific region and across South America. In the first of these, we are very happy to announce the first CKD (Completely Knocked Down) assembly plant in Argentina,” Dasari said.

Argentina, which is among the biggest mid-size motorcycle markets in Latin America, and other South American countries have been an important market for Royal Enfield.

“Ever since we commenced sales since 2018 in Argentina, we have received a resounding response to our motorcycles from consumers. The local terrain and topography create the perfect canvas for riding our motorcycles, especially the Himalayan. The initial success of the 650 Twin motorcycles has also been very encouraging,” he said.

Dasari said Royal Enfield is deeply committed to focusing on becoming a part of the fabric of the country’s rich motorcycling culture.

“Our decision to start assembling our motorcycles in Argentina is testament to our long term commitment and increasing confidence in the market,” he added.

Royal Enfield had set up retail operations in Argentina in March 2018, with its first store in Vicente Lopez, Buenos Aires.

Since then, it has expanded its retail network and currently has 5 exclusive stores in Argentina. Overall, Royal Enfield has 31 exclusive stores and 40 other retail touchpoints in all Latin American countries.