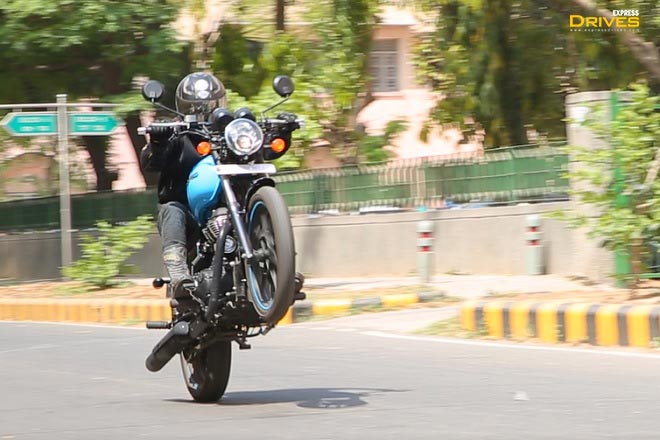 Majority of the sales for Royal Enfield comes from the 350 range of motorcycles and the 500cc bikes have been consistently seeing low sales figures. Even the 650 twins have been doing a decent job for the brand right since their launch in November 2018.

Royal Enfield has discontinued the Bullet 500 and Thunderbird 500 models from the Indian market. The Chennai-based manufacturer has removed the Bullet 500, Thunderbird 500 and the Thunderbird 500X from the booking section of its official website for India, hinting towards the demise of these bikes. However, in case you have been planning to buy the aforementioned motorcycles, worry not as you can still do that. How? Well, selected dealers still have the stocks left and the couple of dealers we spoke to in Delhi-NCR say they have the stocks of the said models for another few weeks. Now, coming to the reason as to why Royal Enfield has discontinued these motorcycles from India!

Well, the majority of the sales for the company come from the 350 range of motorcycles and the 500cc bikes have been consistently seeing low sales figures. Even the 650 twins have been doing a decent job for the brand right since their launch in November 2018. That said, continuing with the 500cc models would be a tough task for the company. Also, keeping in mind the upcoming BS6 transition and the investment it would require, retiring the said bikes must have been the right step by Royal Enfield.

In other news, Royal Enfield has recently launched the new BS6 Classic 350 in India at a price of Rs 1.65 lakh (ex-showroom). The new model gets significant visual updates along with an updated BS6 compliant engine. Bookings for the bike have already begun at the company’s dealerships across India. Royal Enfield is now prepping up for the launch of the new BS6 Himalayan in the country. The company has already teased the motorcycle through a video a few days back. 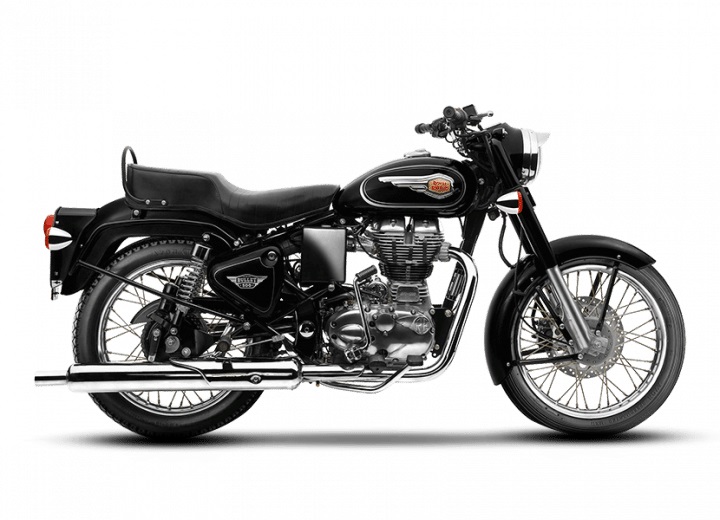 It appears that Royal Enfield is looking to pull the plug on its 500cc range. The first casualties of this decision could be the Classic 500, Thunderbird 500 and Bullet 500. Royal Enfield dealerships across India have stopped accepting bookings for these motorcycles. They have no information on when the BS6 iterations of the Classic 500, Thunderbird 500 and Bullet 500 might be launched. This leads us to believe that the two motorcycles could be discontinued before the BS6 emission norms take effect in April.

Royal Enfield has updated its Classic 350 to meet the new norms and the BS6 Himalayan will be launched soon. In addition, the company is working on an all-new Classic which could have a larger engine, possibly a 400cc unit. It is expected to be more powerful than the current 350cc motorcycle and is likely to match up to the performance of the 500cc motor that makes 27.5PS and 41.3Nm.

There is reason to believe that Royal Enfield is also working on a more affordable 650cc motorcycle called the Meteor, making it difficult for the company to justify the positioning of its 500cc models. On top of this, sales of these motorcycles have been pretty low for a while. Even more so after the launch of the Interceptor 650 whose pricing is just Rs 49,000 more than that of the Thunderbird 500.

When you factor in all of this, we believe that instead of spending time and money to update its 500cc motor to comply with BS6 norms, it would make more sense for Royal Enfield to simply phase out its 500cc motorcycles. Do you think Royal Enfield will discontinue the 500cc range? Let us know in the comments section below.

In November 2019, a rumor that Royal Enfield would discontinue its 500 models surfaced. If you’re a fan of the Bullet or the Classic 500, you might want to stock up sooner rather than later. We now learn that the rumor was true and several Indian sources confirm that the 500s are being pulled for 2020.

According to the local media, without any bells and whistles, Royal Enfield removed the Bullet, Thunderbird, and Thunderbird X 500 from its Indian online listings with the Classic 500 expected to follow. The 500 segment was apparently a slow one for Royal Enfield, stuck between its two, more popular siblings. In fact, the 350s have been driving the brand’s local sales while the Continental GT and Interceptor 650 have been leading sales abroad since their introduction in 2018.

The problem with the 500 models is that they had the same look as the 350s—minus the reduced price and taxes of the smaller displacement—and they didn’t quite stack up to the 650 Twins quality-wise. Besides, the 350s are getting thoroughly updated for 2020 with more features and “more refined performance”, making the aging 500s obsolete. Talk about a winning formula.

According to DriveSpark, the company felt that, at this point, it wasn’t worth updating the middleweight engine to make it compliant with the new Indian emission standards. The manufacturer will focus on the 350 and the 650 Twins moving forward.

A dealer commented that the discontinued models will remain available until March 31 or until all the units are sold—whichever term comes first. As for the popular Himalayan with its 400 engine, it was updated for 2020 which means it is likely safe from elimination, at least for now.

The dramatic measures are expected to impact the markets worldwide, which means that Royal Enfield’s U.S. lineup could be narrowed down to only three models. 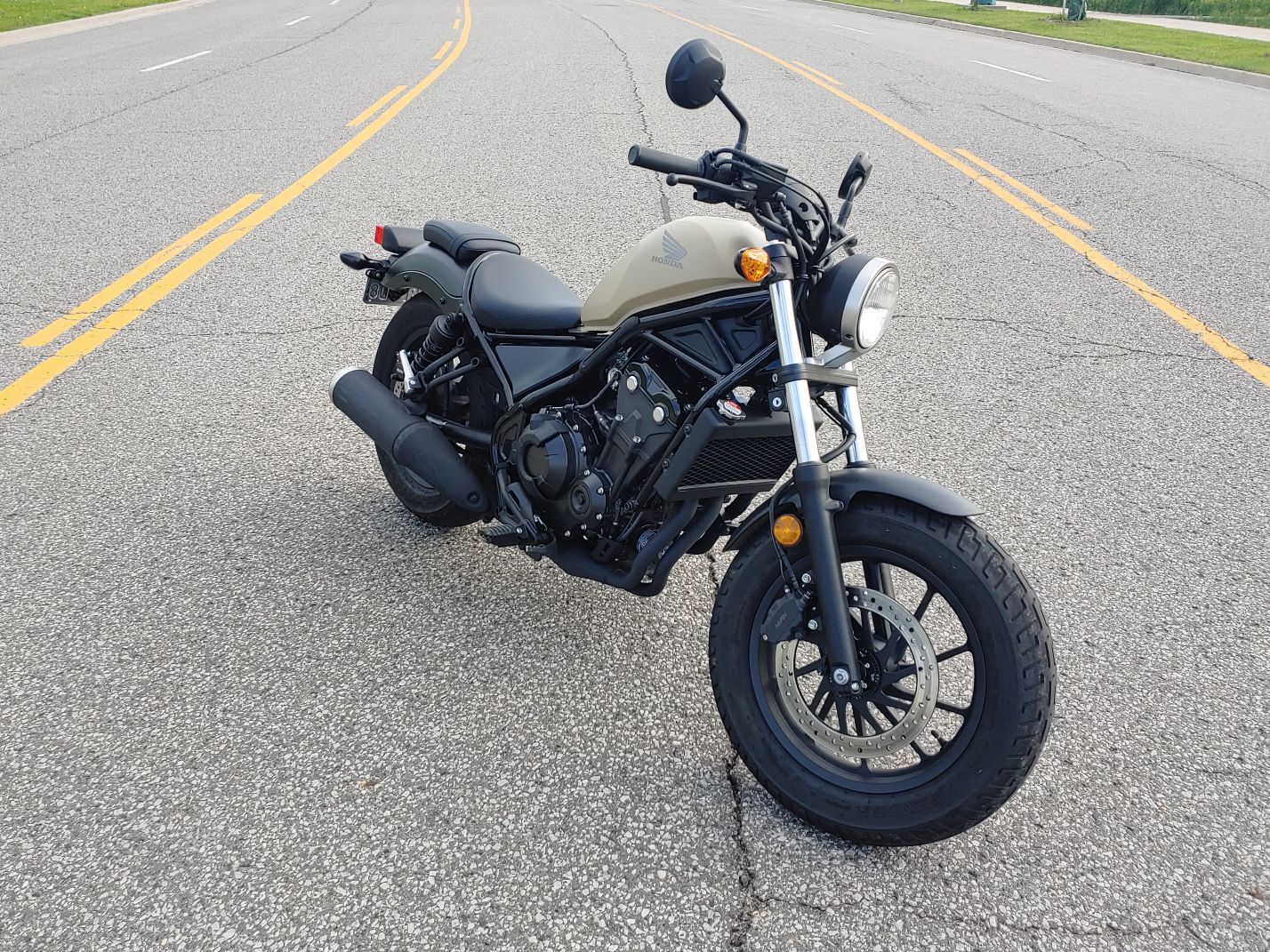 There are better entry-level bikes for the money, but few look as cool as the Honda Rebel 500

It’s the rear brake reservoir that sealed it for me. The detail on this one feature is how you know Honda cared for how this bike is styled; the fit and finish is better than an entry-level bike has any right to be. I’m impressed by how much licence Honda gave its designers and how much they let them execute their vision.

Is Honda’s entry-level cruiser aggressive and polarizing? Absolutely. On an aesthetic scale of V-Rod to CTX, the 2019 Honda Rebel 500 swings toward the V-Rod. It looks tough, and more than one Harley-Davidson owner has given the Rebel an appreciative glance. The high-tilted, 11.4-litre fuel tank is retro cool in spirit, but angled and chiseled in a very modern way. Honda designed this bike from the ground up to make it easy to customize, with a completely removable rear fender and subframe making it even easier to accommodate the plethora of aftermarket options. I’m surprised I don’t see more variations of this bike on the road, but customers seem to enjoy the stock look. I agree with them.

It doesn’t matter that at 188 kilograms, it’s 20 kilos heavier than the 300, because the 471-cc liquid-cooled twin is one of the smoothest powerplants in the entry-level market. The throttle is well-weighted and the transition from closed throttle to open is wonderfully smooth — not always the case with motorcycle fuel injection systems — which means newer riders don’t have to manage that untidy, herky-jerky feeling you can get with many small and medium engines. Honda has a knack for making bikes idiot proof, and this is a good example of that ethos.

In that same spirit, the clutch pull is light and its friction point is quite distinct, making it easy to navigate in town. There’s enough grunt to cut through city traffic and enough top end to keep up on the highway. Though there isn’t a tachometer, the 45-horsepower parallel-twin tops out at around 8,500 rpm, giving it plenty of room in the rev range for passing on the highway.

ABS is standard, which is appropriate for this class — and I’d argue any class of street bike. The single, 296-millimetre rotor up front is paired with a two-piston caliper – I still think a 188 kg bike should have bigger brakes. The back brake is a 240-millimetre single-piston disc, and feels a lot less wooden than other back brakes. More than on most beginner bikes, I found myself using the back brake as well as the front.

The heft of the 500 is well hidden by its low 691 millimetre seat height. Its comparatively long 1,491-mm wheelbase, meanwhile, gives the Rebel more stability and road presence than a 500 ought. Does it handle as well as a sport bike? If you care, you haven’t read this far. The-41 mm conventional forks and twin rear shocks are adequate and provide good levels of compliance. The wide bars help get the bike tipped in, and ground clearance is more than enough for riders of this class. Road manners are relaxed, and there’s plenty of travel to manage the potholes without harshness.

There are a few quibbles however. The clutch cover, for instance, intrudes into the right leg area. This is a major flaw in the ergonomics of this otherwise laid-out motorcycle. The other is Honda’s habit of putting the horn above the indicator switch on the handlebar. The result is I kept getting flipped off when all I was trying to do was activate the turn signal.

The gauge cluster is also a little tricky to read when the sun is shining directly on it. The fuel gauge is a welcome addition but a lot of entry-level bikes now have tachometres and gear-position indicators. This cluster is simple and uncluttered, but decidedly plain compared to some of its competition .

Ultimately, the Rebel 500 is exactly the right bike for you if you value aesthetics, even more so if you’re looking for something easy to ride comfortable and confidence inspiring that also packs a surprising road presence. There are other entry level bikes for less money — but none that are cruisers this well executed. 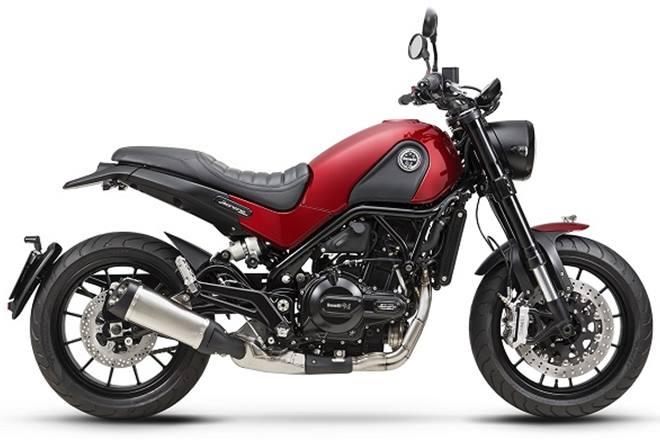