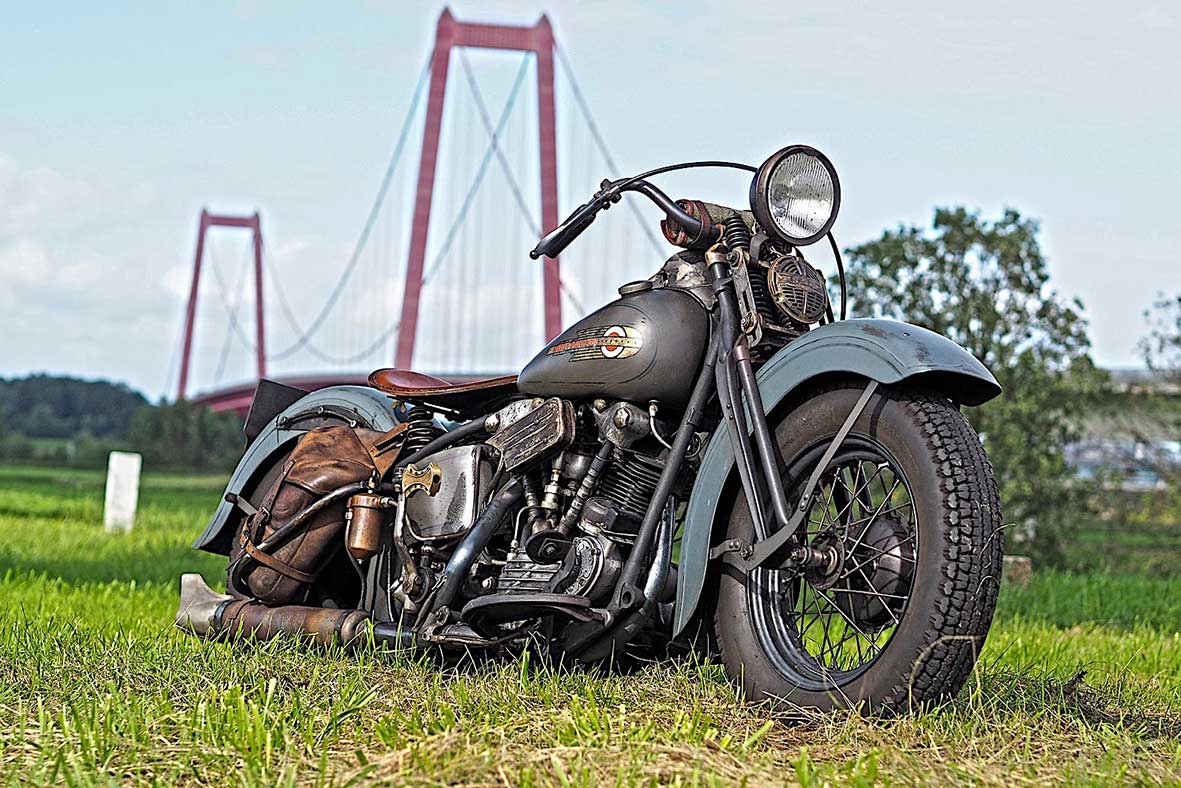 Very few bike makers out there (and by extension car makers) are innovative enough to give birth to new families of engines that inspire generations. Harley-Davidson is one of those that are, as its powerplants were at times as famous as the bike models assembled in Milwaukee.

Say the word Knucklehead, and the mind immediately links that to Harley. And it has done so since 1936, when the engine came into the world.

Named so after the shape of valve covers, Knucklehead has come to stand for the type of motorcycles that were made in Milwaukee from 1936 to 1947, when the Panhead engine replace it. The name is still very much alive because bikes powered by this type of hardware are still a craze in the custom bike industry.

And you know that to be true when guys like Andreas Bergerforth, the main man of Thunderbike, a German custom shop specializing in Harleys, has one built for himself.

Put together close to a decade ago, the Knucklehead Project, as the garage calls this build, has all the traits of a bike of its age. Not only does it stay true to a wartime-era two-wheeler when it comes to shape and tech, but it also brings with it enough patina and beat-down stance to speak volumes about its lineage.

We’re told that for this bike to be brought back in shape, the original had to be dismantled “up to the last screw” and only then, after some love and care, put back together – there’s no mention on whether some of the hardware had to be replaced with new one.

Because this bike was built for in-house use, Thunderbike makes no mention of cost, but the Germans do say similar builds snatched back in 2012, when this one was put together, some 30,000 euros ($35,500 at today’s exchange rates), so that should give you an idea.