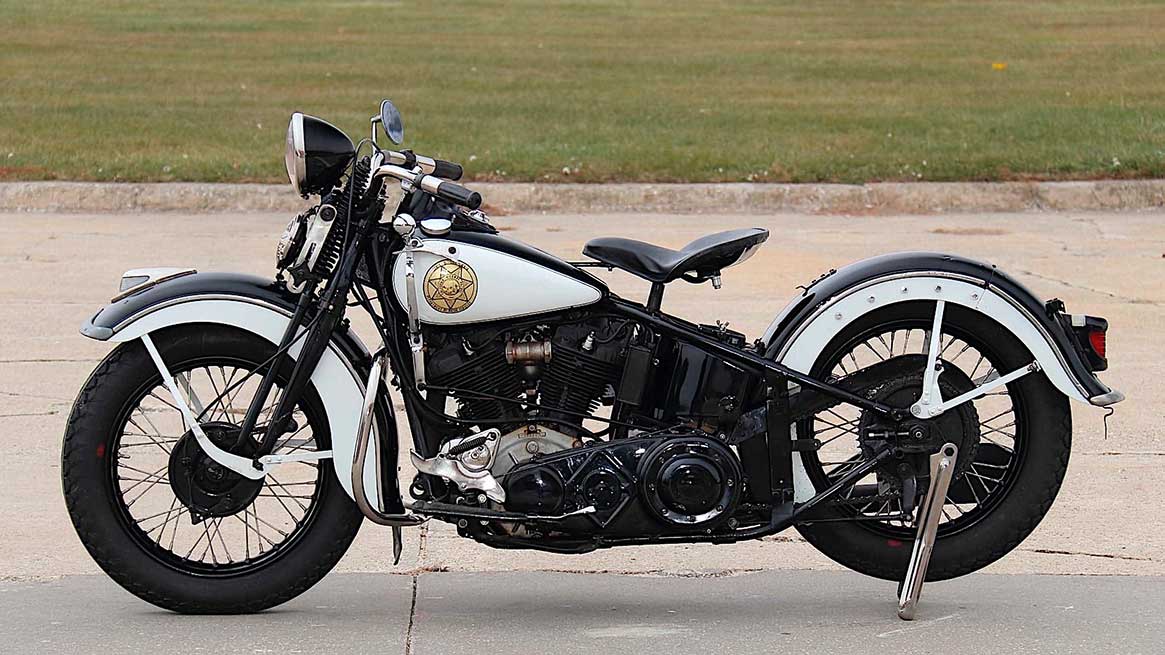 The California Highway Patrol (CHP) might very well be the most famous American state law enforcement agency. A big reason for that is the “CHiPs” TV series that ran in the 1970s and 1980s and followed the adventures of two fictional CHP officers.

Set up in 1929, the organization currently covers everything from highway patrol duties to guarding state officials. And an important element the CHP officers use in performing their duties are vehicles, most notably motorcycles.

Presently, most of the two-wheelers serving with the CHP are Harley-Davidsons, with the Electra Glide forming the backbone of the several-hundreds strong fleet since 2013. But the law enforcement agency has always had an interesting love story with the Milwaukee company, and the Knucklehead we have here is proof of that.

What you’re looking at is one of about 1,829 EL motorcycles Harley made in 1937. It was deployed since new with the CHP, and thanks to its current owner, who purchased it in 1994, it now looks pretty much as it did back in the day it served.

The motorcycle lacks police-related hardware, such as a siren, a two-way radio speaker, and of course the red and blue flashers, but it has the right colors, badge, and the 61ci Knucklehead engine in the frame.

The bike is presently part of a collection called John Bernard Estate, and was for a long time on display at various museums, including its present location, the National Motorcycle Museum in Anamosa, Iowa.

But hopes are it will not be so for long. It is going under the hammer at the hands of Mecum in Las Vegas at the end of the month. The two-wheeler is going with an original historical 1944 California pink slip, but no estimate on how much it is expected to fetch is given.