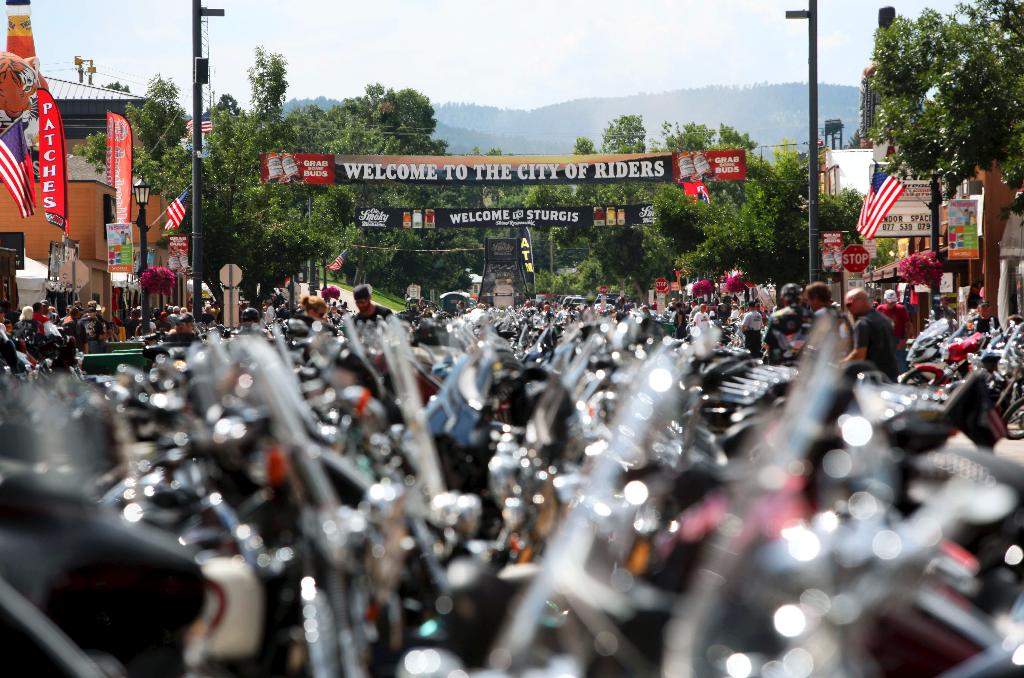 The Sturgis Motorcycle Rally is expecting to see some quarter-million people descend upon a scarcely populated South Dakota city in August, making it likely the biggest event so far during the coronavirus pandemic, according to a report.

At least 250,000 people are anticipated to pass through Sturgis and cruise through the western portions of the state during this year’s Aug. 7 to Aug. 16 rally, which is roughly half the number of people who normally attend. While South Dakota has seen just 165 deaths from the virus so far, some residents worry that the event could result in an uncontrolled spread of the virus amid a recent surge in cases.

“This is a huge, foolish mistake to make to host the rally this year,” Sturgis resident Lynelle Chapman told city counselors at a June meeting. “The government of Sturgis needs to care most for its citizens.”

A debate has continued in recent months, with many residents wishing for the rally to be postponed and businesses arguing they need the race to make a living. A recent survey of residents conducted by the city found that more than 60 percent believe the rally should be postponed amid concerns over the virus.

Those attending the event have spent roughly $800 million in recent years, and businesses that depend on the rally see it as a chance to make up for losses during the pandemic.

Pressure from the tourism business and a realization from officials that people would still come to Sturgis forced the city to implement a scaled-back version of the event.

“After considering many options, the City Council voted in favor of moving forward with preparations for the large influx of tourists and participants coming to enjoy the Black Hills, with a focus on preserving the safety of our residents,” said a release by the city on June 16.

Officials canceled city-hosted events and slashed advertising for the 80th edition of the rally. Other preventive measures will include public hand sanitizing stations throughout the downtown area and nightly sanitization of sidewalk areas.

Mass coronavirus testing will also be conducted to see if all those people brought the pandemic to Sturgis.

“Attendees will be asked to be respectful of the community concerns by practicing social distancing and taking personal responsibility for their health by following CDC guidelines,” the city release said. “PPE will be available for all city staff, and any businesses that have issues with finding available personal protective equipment for their employees.”

Jerry Cole, who directs the rally for the city, said organizers are expecting at least 250,000 to show up. Others believe it could be even bigger.

“It’s the biggest single event that’s going on in the United States that didn’t get canceled,” said Rod Woodruff, who operates the Buffalo Chip, a local campground and concert venue. “A lot of people think it’s going to be bigger than ever.”