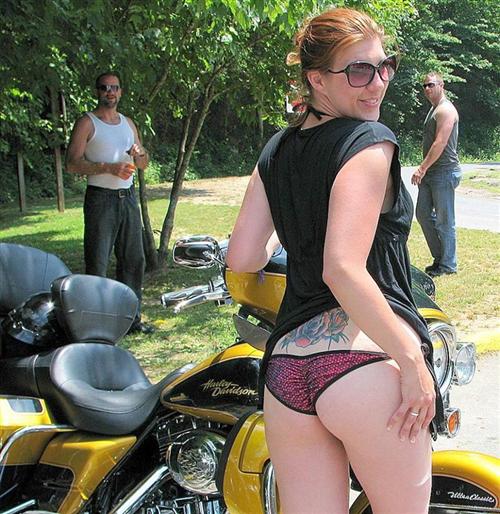 It’s the middle of January in a new year. This is the time to center on our goals for this year and make a move.

There’s so much discussion going around about our industry, but much of the problem goes way beyond it. Did you know that Al Gore’s films has been aired in front of school children. In England it was stopped because of the fear is caused in kids.

I watched his first film and was impressed, but my concern has always been for motorcycling and riding free, so I questioned him. So much of his film is unfortunately lies. What’s worse is his policies will kill people and mostly poor people. Did you know Global Warming stopped in 2001. Did you know that temperatures rise first, then CO2 levels. Did you know CO2 levels are not a bad thing and were much higher thousands of years ago.

That’s just the tip of the bullshit iceberg that’s hurting so many of our industries including motorcycling. Let’s do something about it. Here’s a quote from Roy Spencer’s (NASA Scientist) “Global Warming Blunder:”

In my first book, Climate Confusion, I provided some qualitative reasons why I thought the climate models are wrong. But we have learned much more since that book was published in early 2008. We have uncovered scientific evidence that strongly suggest the fears of man-made global warming are unfounded. While scientists like NASA’s James Hansen and politicians like former Vice President Al Gore are increasingly warning us that we must act now to reduce carbon dioxide emissions, the latest science is turning in the opposite direction.

Even though global temperatures have not risen in at least seven years, we are being told that the climate is changing faster than expected…

I’ll let you check out his books. He points out that science is the study of all factors good and bad, It’s does not stop at one assumption. What the hell do I know. I’m just a grubby biker. I won’t ever give up trying to keep us riding free.

Click here to read the news in its entirety.