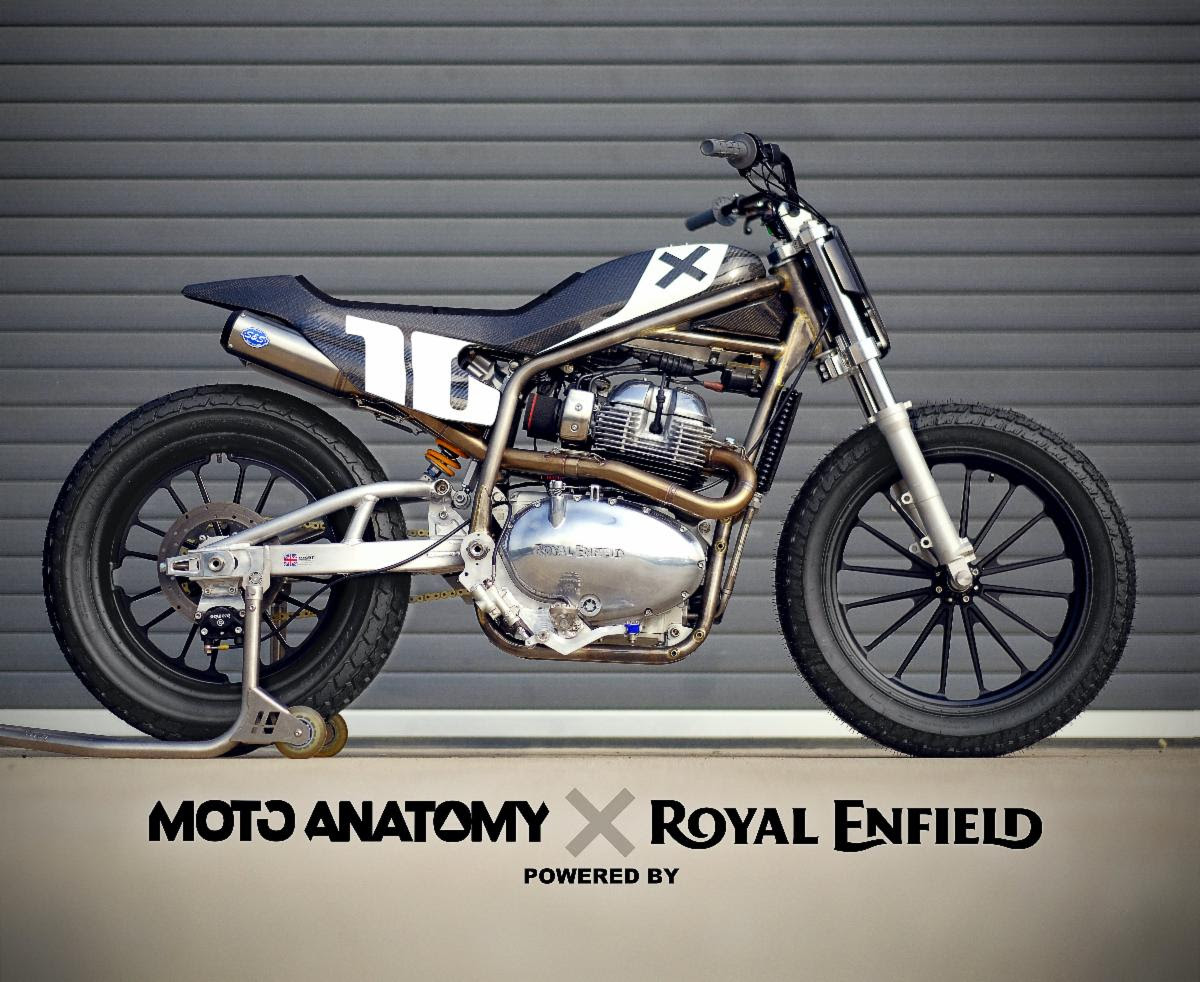 “This racing effort is unprecedented in Royal Enfield’s North American history,” said Breeann Poland, Marketing Lead – Americas. “Johnny Lewis is a legitimate contender anytime he’s on the track and we couldn’t have picked a better partner in his organization, Moto Anatomy. Flat track continues to garner attention from both a professional and grassroots level and we feel strongly about our extended partnership with AFT and now Moto Anatomy. We are thrilled to bring the Royal Enfield brand to more enthusiasts and this is a great opportunity to do that on a major scale.”

Lewis has risen through the ranks of American Flat Track and enjoyed success at both the amateur and professional levels. Lewis will debut the concept Twins FT, first revealed at the 2019 EICMA Show, at the Daytona TT on March 14, 2020, as a part of the media team. Lewis will then compete with the motorcycle for the first time at the Laconia short track event on June 13 and will run all AFT short track events for the remainder of the season in the Production Twins class. The Royal Enfield FT will also run the Sturgis Buffalo Chip TT and Peoria TT as a wildcard entry in the Super Twins class.

“I’m excited to lead the development of the Royal Enfield Flat Track Twin program in 2020,” said Moto Anatomy owner and AFT racer, Johnny Lewis. “Being involved at such an early stage in a brand’s racing efforts has been a fantastic opportunity. While our focus is on development, there is great potential in the platform and it’s encouraging to see a manufacturer with as much history as Royal Enfield entering AFT. It’s also great to see Royal Enfield helping grow the sport of motorcycling in North America with its new rider initiatives.”

To learn more about Moto Anatomy and its AFT efforts, visit www.moto-anatomy.com and to watch the Royal Enfield FT in action check your local listings for NBCSN and TrackPass on NBC Sports Gold, the official homes for coverage of American Flat Track. The complete schedule for AFT on NBCSN can be viewed at http://www.americanflattrack.com/events-nbcsn/.