Riding Free From DC: Your Weekly Biker Bulletin from Inside the Beltway 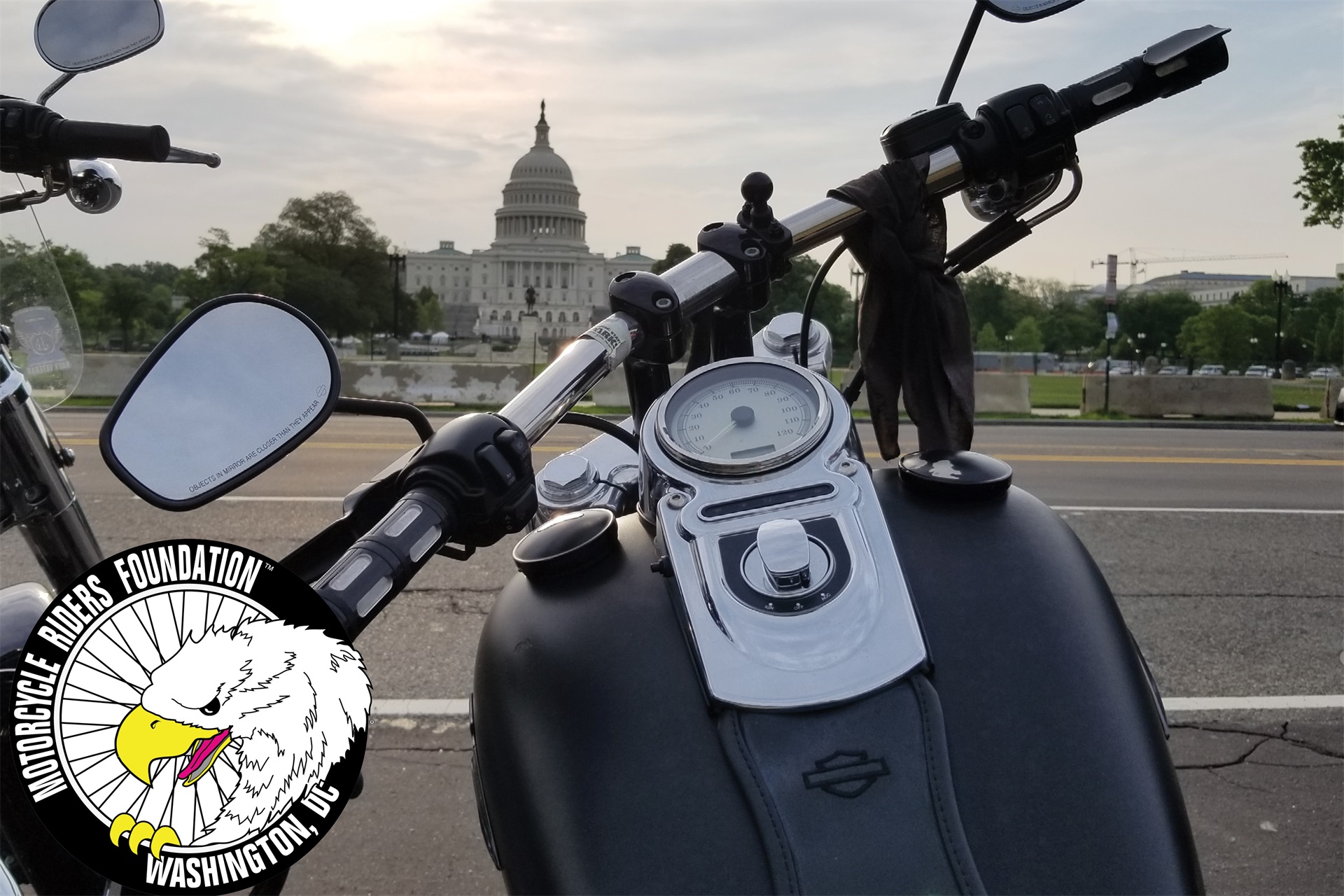 Your Motorcycle Riders Foundation team in Washington, D.C. is pleased to provide our members with the latest information and updates on issues that impact the freedom and safety of American street motorcyclists. Count on your MRF to keep you informed about a range of matters that are critical to the advancement of motorcycling and its associated lifestyle. Published weekly when the U.S. Congress is in session.

What does all this mean? It means that we have an amazingly diverse set of lawmakers that have decided to stand with us on the issue of profiling. Whether they be Republican or Democrat, west coast or east coast, newly elected or long-serving, they have all gone on record against the profiling of motorcyclists.

How did we do this? We have used every tool in the motorcyclists toolbox to gain support. MRF members flooded Congressional mailboxes with letters using our CQ “Call to Action” software in April. In May, MRF members roamed the halls of Congress and met with staff and lawmakers during Bikers Inside the Beltway. Since Bikers Inside the Beltway, the DC team has done 193 in-person meetings on Capitol Hill about this issue.   It’s not an exaggeration to say almost every member of the House of Representatives has heard about this issue from us.

Why is this important? In order for our resolution to be voted on, we need to demonstrate to Congressional leadership that it has broad based support. The easiest way to show that is by driving cosponsors to the resolution and having members of Congress attach their name to it.

Our initial goal was to double the 37 cosponsors we had during the last Congress. Once we hit that goal, we were told by our champions that getting to 100 would be an important benchmark. Well, we hit that and continue to run up our numbers.

While we will continue to educate lawmakers on the issue of motorcyclist profiling, we have asked Rep. Walberg and his staff to start pressing for a vote on the resolution. We have several other allies that have offered to help push our case, and we are hopeful that our hard work will be rewarded with an official vote and passage of this resolution. We will be relentless in our advocacy on this issue and will not rest until the House of Representatives joins the Senate and passes H. Res 255.

RPM Act Introduced in the Senate

On Wednesday, Senator Richard Burr (R-NC) and Senator Joe Manchin (D-WV) along with 24 (YES, 24!) other original cosponsors re-introduced S. 2602, Recognizing the Protection of Motorsports Act of 2019 (RPM Act), which will exclude vehicles to be used solely for competition from certain provisions of the Clean Air Act, and for other purposes.  As you may remember, the Motorcycle Riders Foundation along with a dozen other organizations teamed up with the Specialty Equipment Market Association (SEMA) during the 115th Congress in promoting the passage of this legislation which would exempt you from the provisions of the Clean Air Act which makes it illegal for you to turn a street-legal vehicle or motorcycle into performance race vehicle.  The legislation took some time to be introduced during this Congress due to some changes to the previous version of the bill.  One of those changes would ensure this legislation would be in effect immediately after passage and would protect the racers, consumers and aftermarket industry for using or producing, selling, and/or distributing emissions-related race parts for use on vehicles used exclusively for competition while the EPA writes regulations.

The majority staff of the House Energy and Commerce Committee is still reviewing the changes to the language, but we anticipate the companion house bill will be introduced in the coming weeks.  We ask you to be ready for a future call to action for the RPM Act once the House version is released.

The MRF has been working with our SMRO partner, ABATE of Wisconsin, to help them utilize our CQ software to aid the riders in Wisconsin to engage with their elected state officials to oppose AB 382 and SB 349 which would allow blender pumps to dispense E10 and E15 with a shared hose and nozzle.  The use of these blender pumps increases the dangers of misfueling your motorcycle or vehicle at the pump.

To learn more about the issue in Wisconsin, you can reach out to Steve Panten, Legislative Director of ABATE of Wisconsin, by emailing him directly at legis@abatewis.org with your questions.