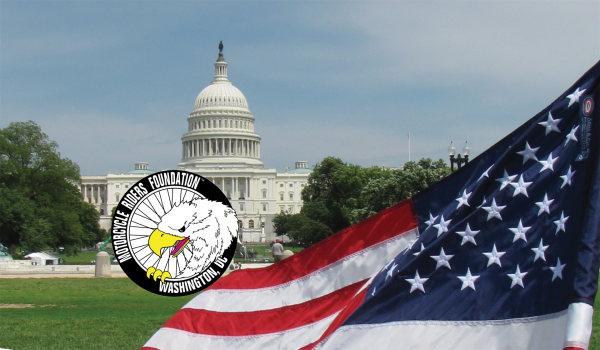 Your Weekly Biker Bulletin from Inside the Beltway

Your Motorcycle Riders Foundation team in Washington, D.C. is pleased to provide our members with the latest information and updates on issues that impact the freedom and safety of American street motorcyclists. Count on your MRF to keep you informed about a range of matters that are critical to the advancement of motorcycling and its associated lifestyle. Published weekly when the U.S. Congress is in session.

This week the House Energy and Commerce Subcommittee on Consumer Protection and Commerce held a hearing on autonomous vehicles (AV). During the three-plus hour hearing, the room was packed with representatives of the AV industry as well as advocates for highway safety and consumer protection. The panel of witnesses represented the following organizations: Advocates for Highway and Auto Safety, Alliance for Automotive Innovation, American Association of Justice, National Federation of the Blind, Consumer Technology Association and San Francisco Municipal Transportation Agency (SFMTA).

Energy and Commerce Committee Chairman Frank Pallone, Jr. (D-NJ) delivered the following opening remarks, “Safety and deployment must come hand in hand — we cannot have one without the other. Because ultimately, public acceptance of self-driving cars depends on their reliability and safety. Troubling safety incidents, regulatory black-holes, and lax oversight threaten to disrupt this critical balance and the future of this technology itself.”

Ranking member Greg Walden (R-OR) also took a shot at the trial lawyers, represented by the American Association for Justice, chiding them for asking “for more changes in the Senate despite the deal we had here in the House” and for not supporting the deal, even when lawmakers ceded to their provisions. AAJ’s State Affairs Counsel Daniel Hinkle, however, insisted his group was trying to keep car-makers accountable by ensuring that injured parties have the right to sue and that the federal government doesn’t bigfoot the states on regulations.

During the 115th Congress, the House of Representatives unanimously passed the SELF Drive Act yet the Senate version AV Start Act stalled in committee after an intense fight with the trial lawyers on the ability to break arbitration clauses with manufacturer’s to allow consumers to be able to file lawsuits where information could be available to the public.