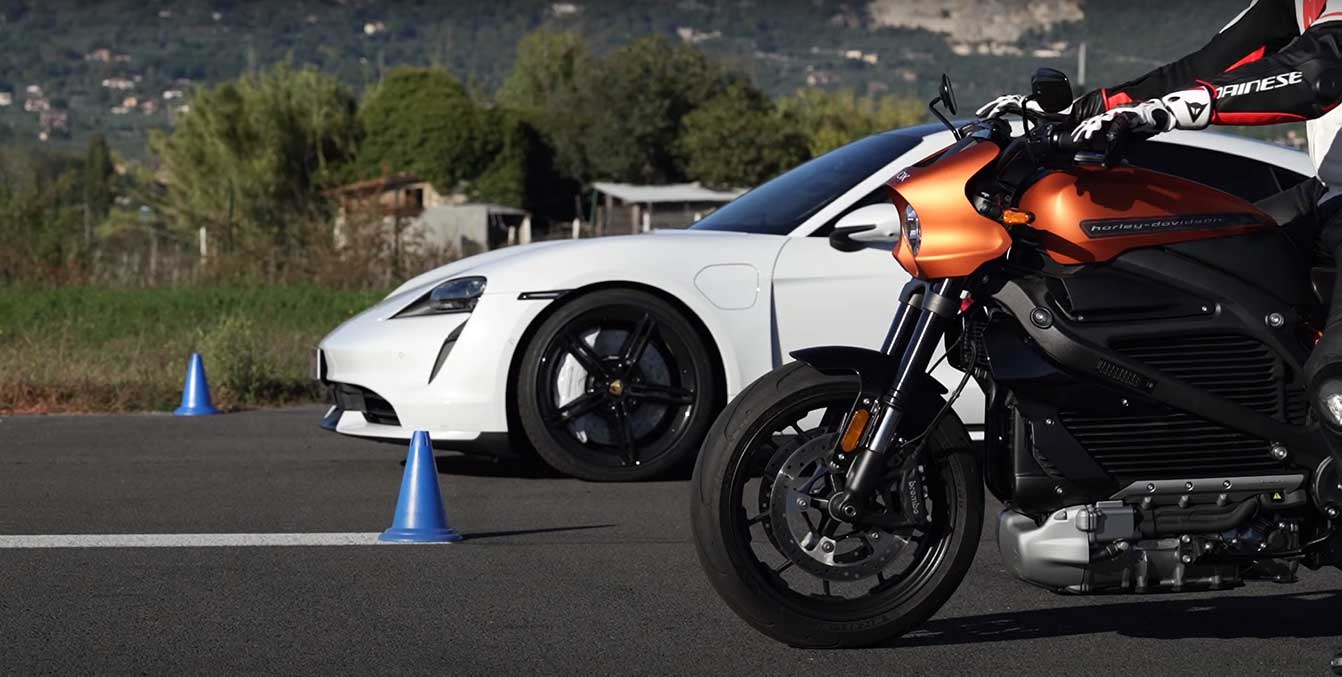 Up until very recently, the thought of a drag race between a Porsche (any model) and a Harley-Davidson motorcycle (any hog) was one of the most preposterous ones that anyone could come up with.

On the one hand, you have a German automotive brand with a strong history and deep roots in motorsport. Sure, it’s guilty of also building SUVs – with some even powered by diesel – but you’d be pushing it to call any of its models “slow”.

On the other hand, you have an American motorcycle specialist with an equally strong history and plenty of racing connections throughout its history, though less so in the more recent years. Indeed, these days Harley-Davidson is better known for its range of cruisers and choppers, the type of machines that don’t necessarily value speed.

However, when things go electric, speed always has a knack for making its way into the center of it. That’s probably because making electric vehicles go quick is surprisingly easy – there is no complicated transmission, no engine with a million moving parts – just an electric motor and tons of instant torque.

There’s also the fact that you can’t get too much range out of a 15.5 kWh battery pack – and you can’t fit a larger one on a bike – so if reaching faraway places is out of the picture, you still have to offer the buyer something. And that something is speed.

The Porsche Taycan Turbo, its competitor for the day, has obviously got very different figures, but the one that matters the most in this case is actually identical. Like the LiveWire, the Turbo will reach 60 mph from a complete stop in three seconds. Does that mean we have an even race on our hands?

Well, motorcycles very rarely manage to keep up with their four-wheeled counterparts during these drag races, and it’s usually in the second part of the competition where they make up ground as finding traction stops being a problem. With the Taycan Turbo being the grippy monster that it is, it’s hard to imagine the LiveWire stands any chance.

As the driver of the Taycan says (opinions about how likable or not he is in the comments below, please. I want to know if it’s just me), the most important thing to take away from this race isn’t so much the winner, but the performance potential of electric drivetrains for both cars and motorcycles.